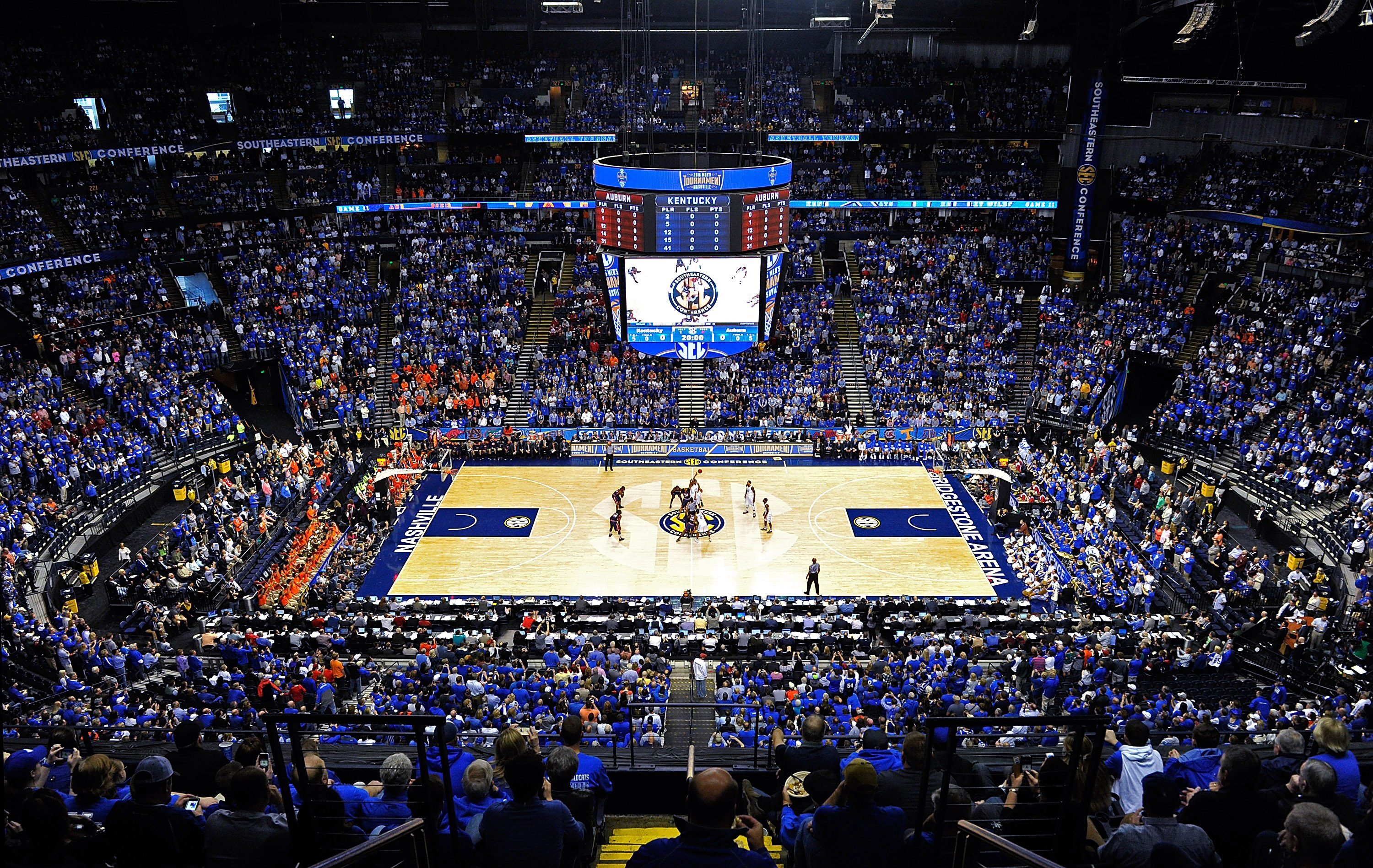 The SEC basketball tournament is upon us and all 14 teams will head to the city with the worst team in the conference as Nashville plays host to the tournament again. Vanderbilt finished an impressive 0-18 and will help start things off on Wednesday.

Meanwhile, LSU wins the regular season title despite their head coach being suspended with a looming FBI investigation. The Tigers still get the 1-seed followed by Kentucky, Tennessee and South Carolina all getting byes to Friday.

The full opening games for each team:

My sleeper pick to win the tournament is Florida. They could easily lose in their first game to Arkansas, or potentially win the whole thing with their half of the bracket being much weaker and UK/UT on the other side.

With the schedule we know and the paths each team has to take, which match-ups (and potential match-ups) excite me the most? Here’s the list:

LSU is an intriguing team right now, but I’d rather see Auburn and Tennessee in a rematch of their game from this past Saturday that saw Auburn win by 4, but also at home where Auburn rarely loses. Auburn would have to beat Missouri/Georgia, South Carolina, then most likely LSU to get to that point. Tennessee meanwhile will have to most likely beat Mississippi State and Kentucky and will have played one less game overall.

Many thing Tennessee is the best team in the conference and maybe one of the best in the nation. If you’ve listened to Primetime much, you know I am in complete disagreement with that. We’ll see if they can even make it, but if they do, I’ll be much more interested if they face Auburn than anyone else.

Call me crazy, but as bad as Alabama has looked lately, I still think they can beat Ole Miss. If they do, they will face Kentucky and it seems like it’s harder to beat Kentucky in the SEC tournament than it is at Rupp Arena. The Wildcats absolutely dominate this event, but I could see Alabama winning against Ole Miss, then playing Kentucky to a close loss (or get absolutely manhandled, one or the other). Let’s not forget that while Kentucky is 26-5 and ranked #4 in the country – one of those losses is to Alabama.

I’m mostly just curious to see where Avery Johnson is at this point and where the player’s minds are at too. Avery has won at least one game in the tournament each year he’s been at Alabama and has won two games the last two years (total record of 5-3). We’ll see if he can do it again.

Most would argue these are the actual top two teams in the conference now that LSU doesn’t have a head coach. I think Kentucky is the #1 team and Tennessee is maybe 4th or 5th, but this game could potentially be your actual championship since they will have to meet in the semifinal.

These two teams split their first two meetings this year with Kentucky winning at home 86-69 and Tennessee winning at home 71-52. Both were blowouts, but now it’s on a neutral floor. The interesting thing is it’s in the state of Tennessee, but Kentucky fans always turn the arena into a home court no matter where it is.

LSU is the #1 team after all, yet there doesn’t seem to be a lot of interest around them on the court. People just want to know what will happen to Will Wade. Will he be fired? Will he be thrown in jail? It’s so fascinating, however, I think there is a chance they lose their first game, but if they do win, there is a good chance they face Auburn who they beat 83-78 over a month ago.

On top of the Will Wade situation, forward Naz Reid is set to return from injury, but Javonte Smart was the name involved with the Will Wade phone calls so they are keeping him out for now for what the school is calling “an abundance of caution”. So we’ll see. Reid averages 26.3 minutes per game and 13.3 ppg while leading the team in rebounds. Smart is fourth on the team in ppg at 11.5.

Don’t forget, Auburn lost this game in the regular season. Chris Silva played out of his mind and Auburn was without Austin Wiley. South Carolina is an interesting team because they are a top 4 seed yet are only one game above .500 at 16-15. Auburn is 22-9 meanwhile and just beat a top 5 team last weekend. However, there is a chance Austin Wiley will miss the action this week as he is questionable for the tournament, having missed more time with an injury.

We’ll see what happens in this one as we all assume Auburn would win, but last year they fell to an Alabama team in their first tournament game that was struggling at the time.