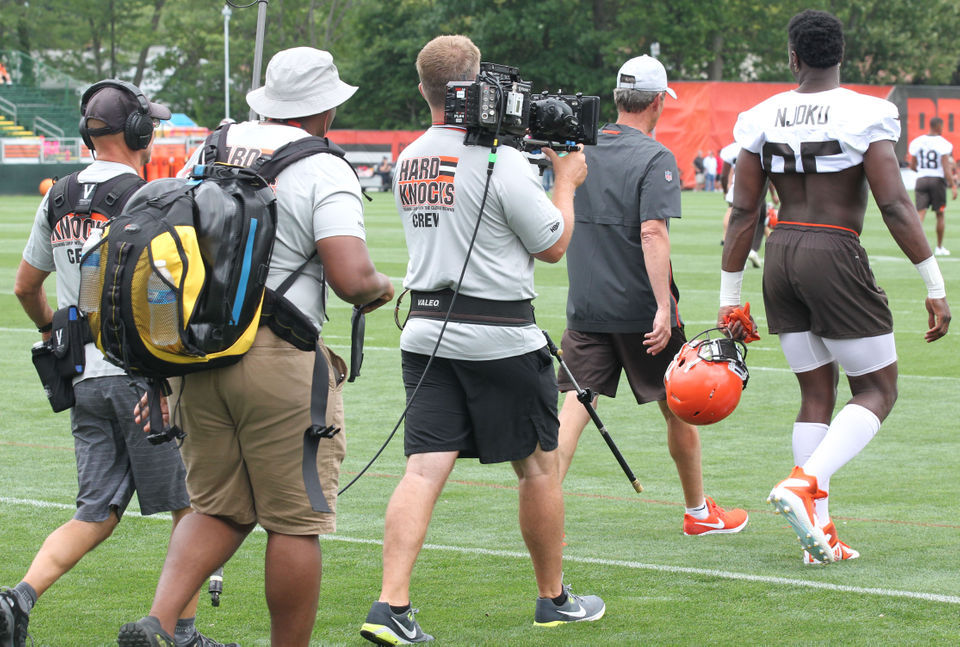 After the news of Odell Beckham Jr. being traded to the Cleveland Browns, it made us sad that the Browns weren’t eligible to be the team this season on Hard Knocks. With the moves they have made and the buzz behind the team now, it would have been fun to see the team on HBO.

However, it got us thinking – what teams actually are eligible for the show? In order to be eligible, you:

That only left five teams as a possibility for the 2019 version of the show:

Tim asked me which team I would like to see regardless of the criteria, and while Cleveland is an attractive choice, I’d honestly like to see the Patriots since it seems like we are coming to the end of an era in Boston or the Arizona Cardinals if they do indeed draft Kyler Murray plus with new head coach Kliff Kingsbury.

Here is how I would rank the eligible teams:

This is the easy choice for #1. Jon Gruden will be one of the most entertaining coaches to ever be on the show, plus they just hired Mike Mayock as GM. There would be a lot of intrigue around the team’s relationship with Oakland as they get set to play maybe one more year there before leaving for Las Vegas.

You’ve also got three first round picks that you can bring in to be a part of the program and of course the biggest name coming in is Antonio Brown. On a personal note, it will be nice if we could get some AJ McCarron on the show as well.

I think there is some intrigue to see the end of the Eli Manning era and the beginning of the (most likely) Dwayne Haskins era. Also, it will be fun to see them figure out what to do post-OBJ. Saquon Barkley will be a huge focal point if they do choose the Giants.

The Giants have two first rounders now with the OBJ trade. Assuming they take Haskins, it will be interesting to see who they take at #17.

The intrigue here for me is that the defense is comprised of so many Alabama players, especially with Landon Collins signing such a big deal to come from their division rival in the Giants. These are the Alabama players currently on the roster:

Some of these are free agents and may end up elsewhere, but even on top of that, there is LB Reuben Foster (who is on the team but also on the commissioner’s exempt list which keeps him from playing) and the Redskins are pursuing LB CJ Mosley from the Ravens to add yet another Alabama linebacker.

On offense, there is intrigue for Alex Smith trying to recover from a horrific leg injury and infection. Right now there are four QB’s on the roster. After Smith, they have Colt McCoy, Mark Sanchez and Josh Johnson who was signed off the San Diego Fleet. Adrian Peterson is on the roster for some intrigue as well as Derrius Guice from LSU.

Jimmy Garoppolo could be intriguing to watch, especially since we didn’t get to see much last year from him after getting injured early in the season. John Lynch is the GM of the team and has been against being on the show and Kyle Shanahan said he wouldn’t be very entertaining to watch.

The Lions would definitely be a snooze fest. There be some intrigue behind Matt Patricia being such a train wreck of a coach but that’s about it. There was a rumor that the Lions would be the team during the combine, but you would think the Antonio Brown and OBJ trade would skew things different directions.