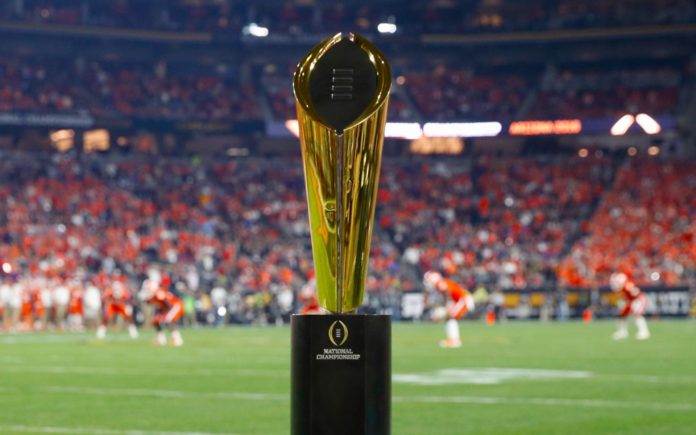 Week 5 was a snoozefest. This is why we need one less week in the season, too many boring games when you stretch the schedule to 12, especially this year with two bye weeks.

The state of Alabama dominated the state of Mississippi, so that was cool.

Let’s get right into the Post-Week 5 Overreactions, Tier List, Heisman Favorites and more!

RANKINGS SHOULD COME OUT AFTER WEEK 4! – There is a legitimate argument that the top four teams in the rankings right now should be SEC teams with Alabama, Georgia, LSU and Auburn in some order. They all have an argument to be #1. If the rankings waited until this past week, it would have been interesting to see, but imagine if they waited until THIS week after Clemson nearly lost to North Carolina…

SEE? UCF IS GARBAGE AFTER ALL! – Boy they came back and dominated UConn, even though they let them come back and cover. They were up 56-0. They are still a good team who had a bad game on the road against a Power 5 team.

Now to this week:

CLEMSON IS AWFUL AND SHOULDN’T BE #1! – I don’t disagree with them not being #1, but every team has their tests throughout the season. Remember in 2009 when Alabama went undefeated and won the national championship, but had to block two field goals from Tennessee to win? Remember when Clemson escaped Syracuse last year 27-23 at home but ended up easily being the most dominant team? It happens to every great team, they are tested and yesterday was proof of that.

Clemson may well lose this season and may not even make the playoff, but bottom line, they stopped UNC on their two-point conversion and at the end of the day, as Nick Saban said yesterday, “A win is a win”.

That said, I would probably rank teams like this right now:

THE PLAYOFF NEEDS TO BE EXPANDED! – I have been in favor of this from the beginning. I always thought 8 was the perfect number, and this year is making it look like that. There are five legit SEC playoff contenders right now, plus Clemson, Oklahoma, Ohio State, Penn State, Wisconsin and maybe even teams like Boise State, Notre Dame, Texas, and a Pac-12 representative.

The SEC will take care of itself and the Pac-12 has basically already taken care of itself, but are you telling me that just because Alabama, LSU, Auburn and Georgia all beat each other up that two or three (or maybe even all four of them) aren’t still among the best teams in the country?

Note – the teams are listed in alphabetical order, not a ranking, under any given tier.

Jalen threw his first interception, but still went 17/24 (71%) for 415 yards, 3 touchdowns and that pick. Also had 9 carries for 70 yards and another touchdown. He’s been responsible for 17 touchdowns compared to one interception.

LSU had their first bye week after Joe Burrow played basically the same as Tua did in week 5, throwing for six touchdowns and no interceptions.

Another great day for Jonathan Taylor as he is now 4 for 4 in 100-yard games this season as he ran for 119 yards and a touchdown against Northwestern. He also added 3 catches for 15 yards. However, he did have a fumble.

Oregon was off so I won’t drop Herbert yet. He has had a solid season and actually leads someone like Justin Fields in passing in one less game. Here is the comparison:

The problem is that Ohio State has dominated everyone and Oregon has a loss, albeit to a good Auburn team away from home. We’ll see how the season plays out.