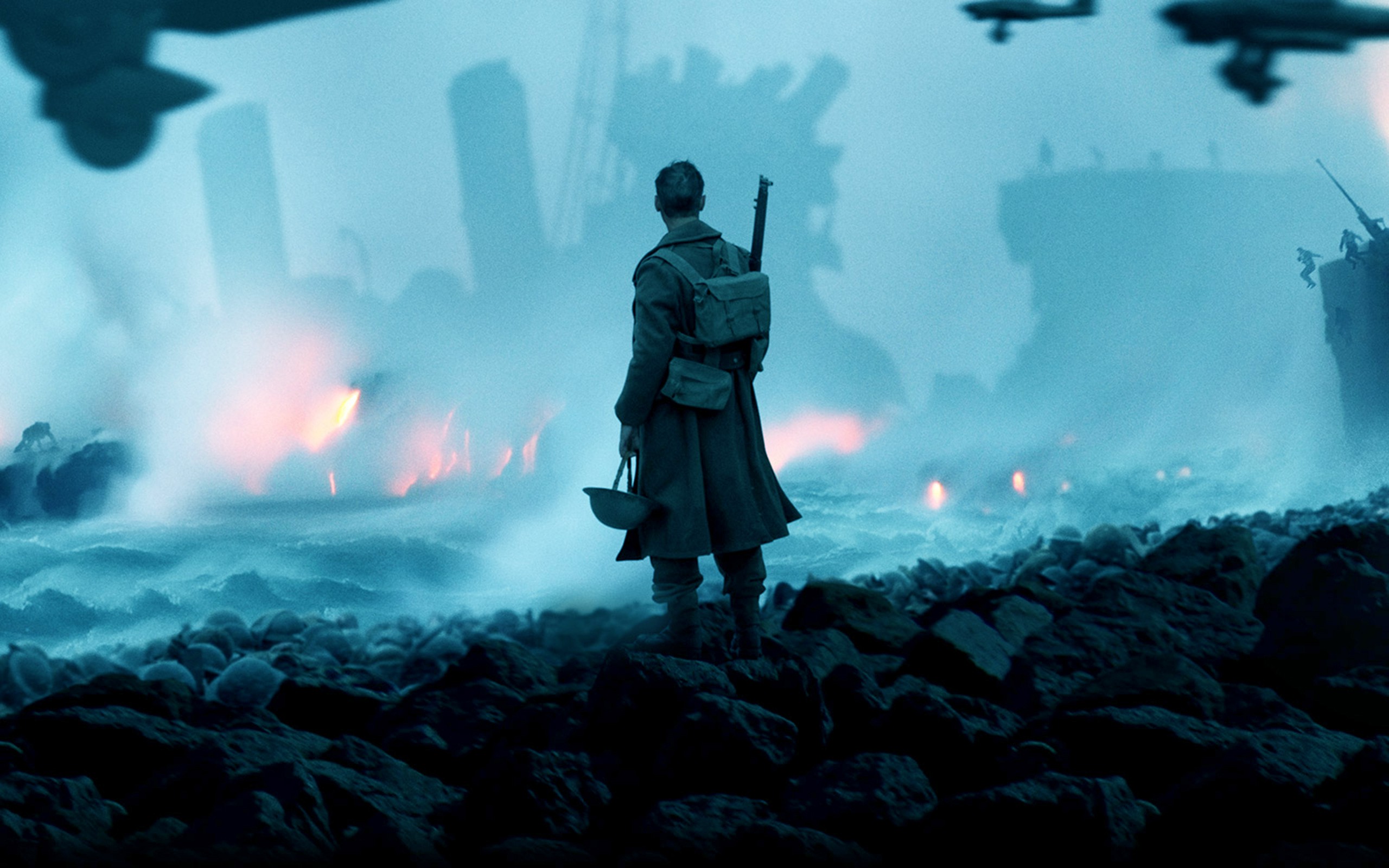 This year is no different.

Sometimes when I get free time like this, I decide to put it to use in catching up on everything. Not only do I catch up on life in general away from the daily grind of being in an office/studio all day, but also to catch up on the movies, TV shows and video games I’ve missed out on recently.

I first did this in December of 2015 where I spent the entire time playing Destiny. The Taken King expansion had come out a couple of months prior, but I hadn’t been able to spend any time on it to that point. I also played a ton of World of Warcraft to catch up on things after the announcement of the Legion expansion a few months before that.

I did a spring version of this in May of 2016 when I had some spare time. That saw me watch seven movies and the first season of a TV show (10 hour-long episodes). You can read about that here.

December 2016 saw me watch every single Game of Thrones episode from the beginning (six seasons up to that point). I did literally nothing but watch 60 straight hours of Game of Thrones to get caught up before this season. I was always interested in the show, but never really got into it. I’m glad I have now, but that was some serious binge watching to get 60 hours of content watched in about 7 days.

So this year, I decided to catch up on some things as well. I locked myself away from social media for a few days (even though it meant missing the first ever early signing period) and I played a ton of video games (mostly Fortnite, Destiny, and The Division) and caught up on TV shows and movies from the past year. I also watched plenty of bowl games, went to the Alabama/Texas basketball game, and found time to watch some Christmas movies like my all-time favorite – Christmas Vacation.

I’ll also note that I saw Star Wars on opening night, so it didn’t fall into the movies I watched this week. You can catch our review podcast here. (Warning: SPOILERS!)

Here is what all I watched this week, and what I thought about it:

This may sound strange, but this movie is what a movie like Funny People is supposed to be. I hated Funny People. The trailers gave away the big surprise that Adam Sandler isn’t actually dying, which ruined one part, but the whole plot shift in the final act of the movie where it’s all about an uncomfortable love triangle just made it so goofy to me.

The Big Sick was actually billed as a romantic comedy that revolves around one of the main characters getting sick, and the illness was actually what the movie was based around, not used as a small plot device in the first half of the movie. Romantic comedies have always been kinda “eh” for me, but this was different. I highly recommend it, and I hope it gets some kind of Oscar buzz, even though I know it probably won’t. But it deserves it. 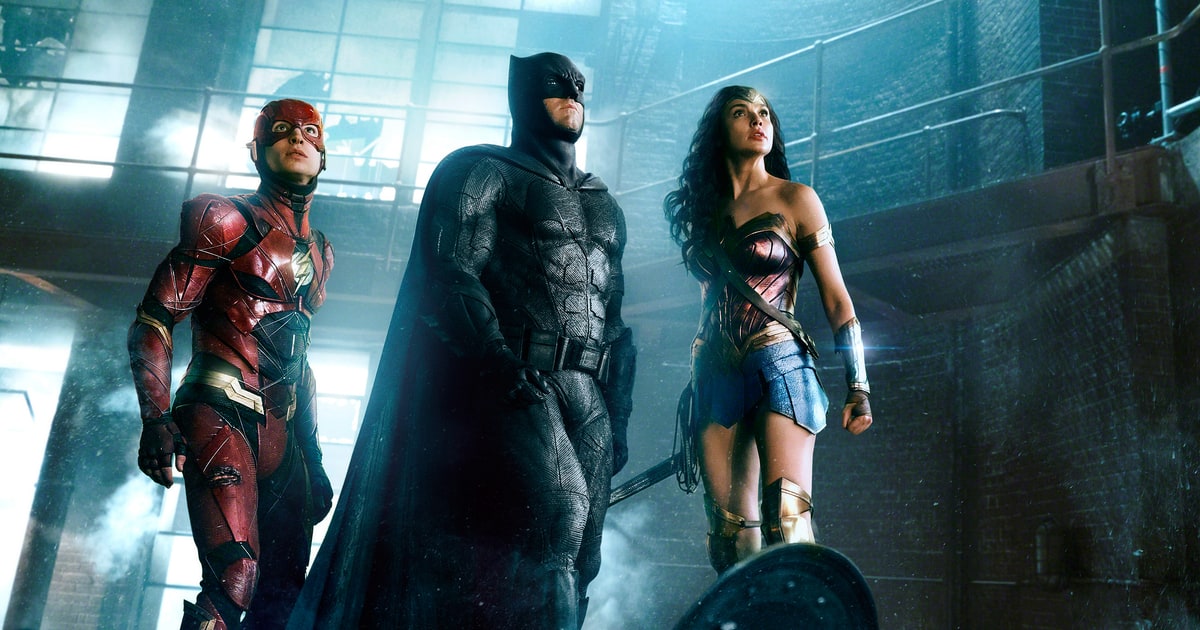 DC is just…so far behind Marvel. They need to stop trying to be Marvel and do their own thing. A really solid set of individual movies would be the route to go, not cramming together all of the superheroes too fast. There were so many moments when watching this movie that I just thought, “this is exactly what Marvel would do.” However, they didn’t do anything particularly well.

Now, with that said, if you just want a popcorn movie, then sure, this will be fine. But DC needs to stop this universe they are building and go back to just creating solid individual movies. Use the formula that Nolan did with Batman, and do that for multiple heroes – Wonder Woman, Superman, Flash, and any others they want to use. The fact that the only movie of this series so far that people actually liked was Wonder Woman, that shows that you need to go back to building worlds around these individual characters.

I’ll admit, I missed this one early because I was out of the country when it came out. I just never got the chance to go see it, so I had to watch it this weekend at home. There are certain movies that I know I need to see in the theater, and I wish I had seen this one in IMAX. The movie blew me away. Christopher Nolan produces gold every time and this is no different. There is no doubt he is the best director in cinema right now. If you haven’t seen it, you are missing out just like I was for the last five months. Do yourself a favor and watch this immediately.

Valerian and the City of a Thousand Planets – 7/10 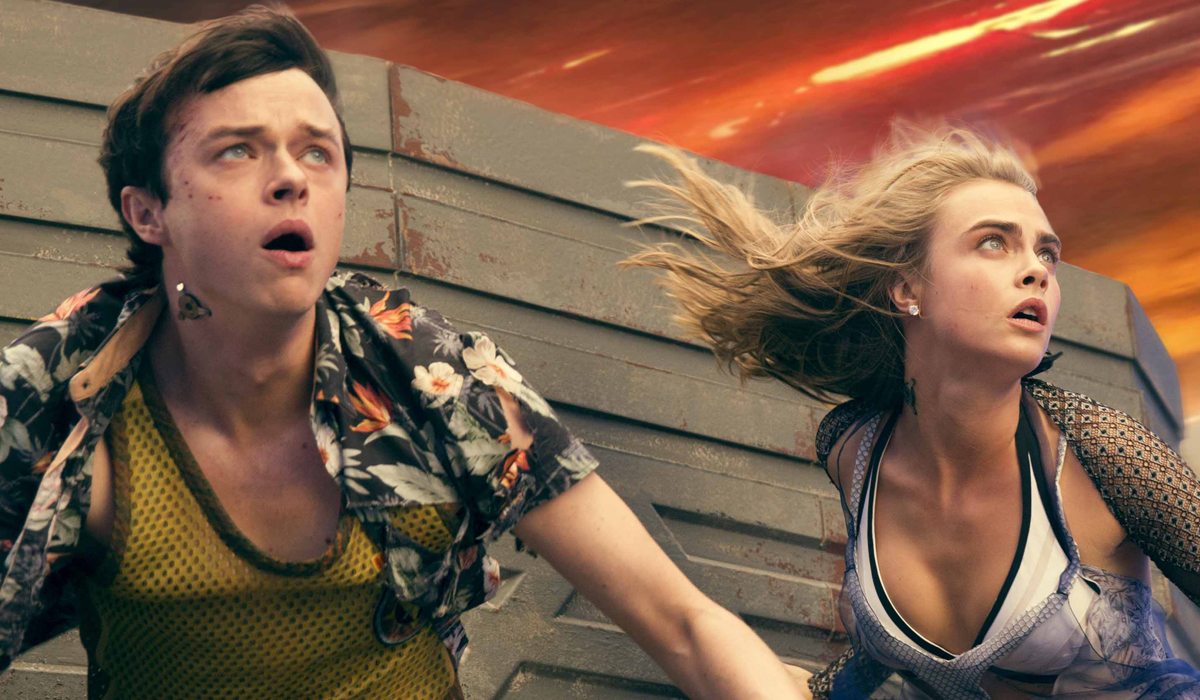 Valerian was a movie I was really looking forward to from the first moment I heard that Luc Besson was creating another space opera. However, it also came out the weekend of Dunkirk where I couldn’t see it in theaters. I love The Fifth Element, it’s one of my favorite space movies of all time. I know nothing of the Valerian comics since they are French, but after looking into it, I found out that the series actually influenced designs and story lines in movies like Star Wars.

This movie to most people is looked at as a failure because it cost so much to make, especially for what is technically a French independent movie. However, part of what I like about Luc Besson’s movies is his dedication to style and spectacle over anything else. Valerian is a beautiful movie when it comes to CG and the style it was created in. I can’t even imagine what The Fifth Element would be like if it were created in 2017 instead of 1997.

Outside of how amazing the movie looked, the story was just alright and I’m not a big fan of Dane DeHaan or Cara Delevingne. Also, Rihanna and Ethan Hawke’s roles weren’t even really necessary, and those two plus Clive Owen have like a total of 15 minutes of screen time in a two hour movie. All factors combined, outstanding cinematography and effects does help a movie that is somewhat lackluster otherwise, at least for me. If you’re looking for a fun popcorn movie, this is your flick.

Also, the opening scene is terrific. Watch it here. 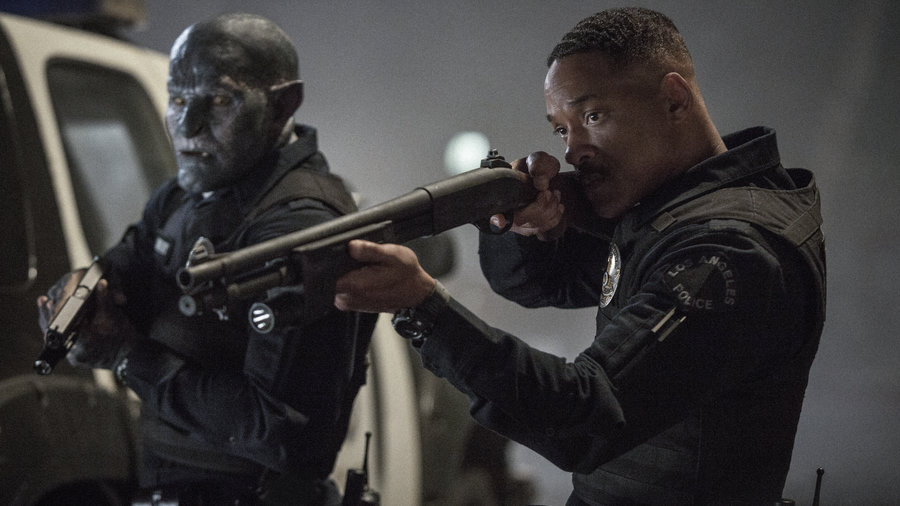 Bright was an interesting movie. It was interesting in the world that was designed and how the movie played out, but also interesting because of what it does for Netflix as a whole. It was a huge blockbuster that is right there with any other major movie released in theaters in terms of how it was made, but yet it also got destroyed critically. As of writing this, it has a 31% on Rotten Tomatoes, and critics just demolished it. However, I am starting to lose a lot of respect for Rotten Tomatoes and the role it is playing in movie going. So many people utilize it as the only place to determine whether or not a movie is worth seeing. Yet these are the kinds of reviews that it interprets as positive and negative:

A C- gets a negative score but a 5/10 gets a positive? Ok, whatever weird messed up math you’re doing, I don’t want to be a part of it. I think it’s becoming clear that Rotten Tomatoes and major critics alike are starting to fall into the realm of being controlled by the power players in old school cinema (aka money), especially when it comes to criticizing Netflix films over major blockbusters from film studios such as Disney. It’s crazy how far apart they are on so many movies recently between the critics and the public. As of this posting:

Anyway, on to the movie. Is it perfect? No. Is anyone going to win an Oscar for it? Probably not, although if Suicide Squad can win a makeup Oscar, this should for the orcs in it alone, much less everything else that was done via makeup and prosthetics. It is eligible for an award, so we’ll see. Plus, it’s done by the same guy who did Suicide Squad, so maybe they can make it 2 for 2 in that category. (full disclosure, I think Suicide Squad is one of the worst movies ever made)

However, this film built an intriguing universe. The one thing that drew me to this movie was how much it looked like the Shadowrun universe. I never played the tabletop games or the most recent video games, but I did play the shooter version that came out in 2007. You can read about it here. This looked like that come to life in a movie. Many people have used “Training Day meets Lord of the Rings” and I think that’s somewhat accurate. There is a bit of Zootopia in there too (I know that sounds odd), but just like there is a bunny on the police force for the first time, there is now an orc on the police force for the first time – and they get treated about the same.

The movie shows that there is so much more to be had from this universe that Max Landis created. They make a comment about how orcs can’t jump high, therefore none play in the NBA, yet almost every lineman in professional football is an orc because they are big, tough and slow. Show me some NFL orc football. There are also some things they show in the movie that are never revisited, such as (spoilers kinda?) a centaur and a dragon flying through the sky. Neither the centaur nor the dragon have anything to do with the story, but I feel like if there was a giant dragon flying around downtown Los Angeles, I’d want to know more about it as the story unfolds.

Regardless, even though this movie isn’t perfect, I do recommend it since it’s on Netflix and you don’t even have to leave the comfort of your own home. It’s pretty violent, but not too terrible outside of a couple of bloody shootouts and the main bad person gets a little stabby sometimes. It also shows that Netflix can put together a big budget movie. I said some similar comments about War Machine when they released that, pointing out how it may not have been the perfect movie, but it was a step in the right direction to get an A-list star like Brad Pitt involved in creating original movies for Netflix. This does the same with David Ayer along with Will Smith, Joel Edgerton and more. It’s no doubt another step in the right direction, even if the critics hate it.

And do yourself a favor, and don’t bother reading most of the reviews for it that call it the “worst movie of 2017” and do so in comparing it to movies like District 9…which oh by the way has was nominated for BEST PICTURE. The more critics like that you read, the more brain cells you lose. 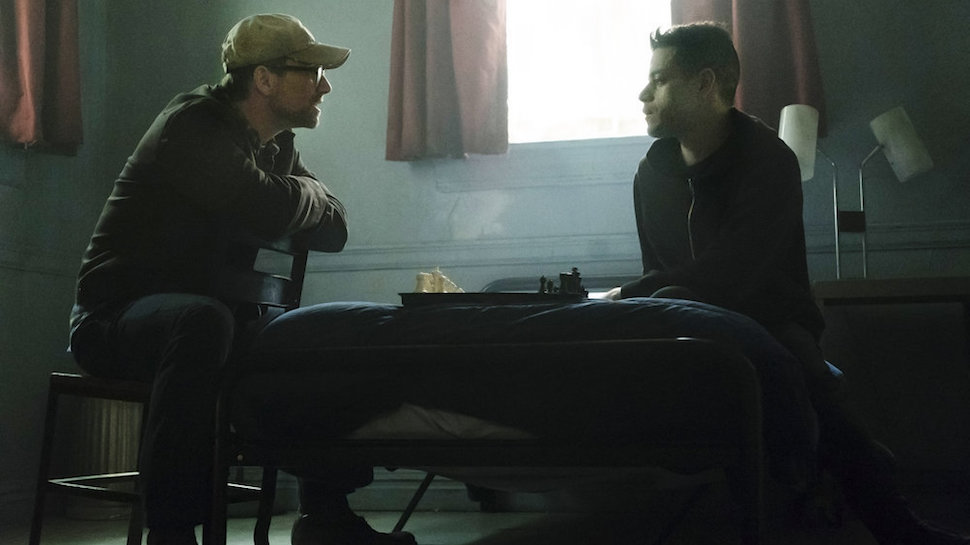 I watched season 1 about a year ago when it came out on Amazon Prime. I waited until season 3 finished so I could hopefully watch it all and get caught up, and it is out on Hulu right now if you subscribe to their live TV service, plus season 2 was released on Amazon Prime as well. So I figured it was the perfect time to catch up. I loved season 1, but season 2 and 3 were also outstanding. If you like tech stuff, or if you just like incredibly well shot dramas – this is your show. This show definitely needs to win some Emmys next year for performances both in front of and behind the camera.