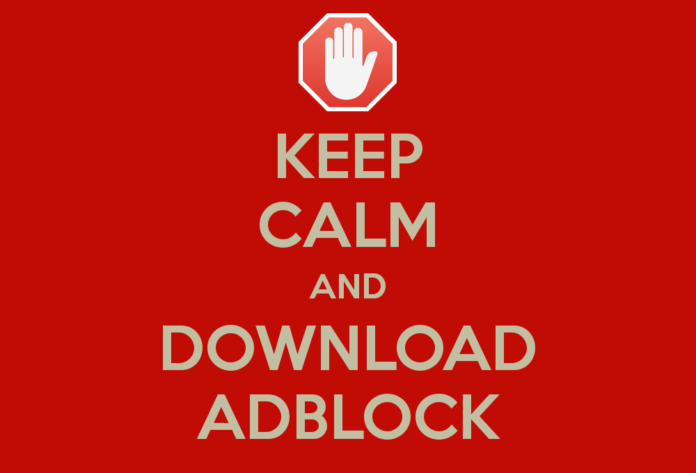 I will admit, I use AdBlock on a daily basis. Although a big part of my job is digital advertising, I mostly always have AdBlock enabled. I know I’m not the only one, therefore I wasn’t all that surprised when Adobe and PageFair came out with their 2015 Ad Blocking Report. You can read the full report here, but there are a few things that are crazy to think about when it come to these simple plugins.

Here are some findings in this year’s report:

– Ad block usage in the United States grew 48% during the past year, increasing to 45 million monthly active users (MAUs) during Q2 2015.

– Ad block usage in Europe grew by 35% during the past year, increasing to 77 million monthly active users during Q2 2015.

– The estimated loss of global revenue due to blocked advertising during 2015 was $21.8B. $21.8 BILLION DOLLARS

– With the ability to block ads becoming an option on the new iOS 9, mobile is starting to get into the ad blocking game. Currently Firefox and Chrome lead the mobile space with 93% share of mobile ad blocking.

So the thing I find fascinating about these statistics is that people still insist that advertising via the typical digital mediums is the way to go. I see it every day. Now, I’m not saying it’s useless, because it’s not like everyone is doing this. However, you have to think of the fact that these numbers are only going to continue to grow.

How can advertisers ever feel confident about investing in digital advertising when reports come out that show the billions of dollars that are being wasted in revenue every year because of it? 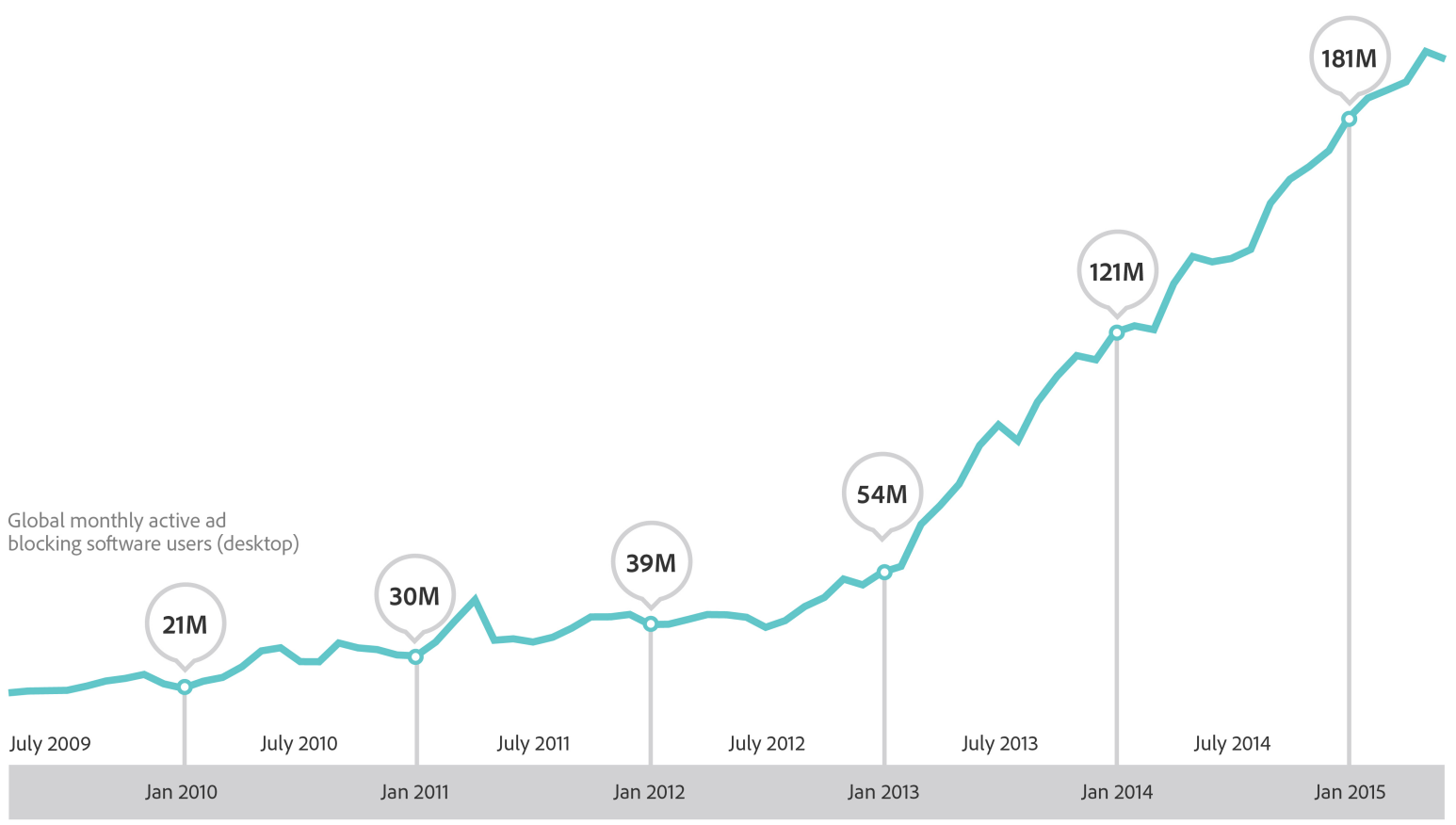 The questions we all have to ask now is – how do we fix this? How do we make sure that advertisers get their brand out there and can still reach audiences digitally when ads are being blocked left and right?

A colleague of mine and I were discussing this yesterday in fact, before I knew this report had even come out. Commercial content as a whole – whether it’s written, video, or audio – is now online. Everything has made the jump to a digital platform, whether it be newspapers, radio, or TV. It’s only a matter of time before traditional media begins to phase out completely. So advertising dollars are having to follow these media entities online as well.

Ad blocking is something we only dreamed about a decade ago. Remember when TiVo came out and the fact that we could record a show and watch it later while skipping through the commercials was mind blowing? Now, we can’t survive without watching TV through typically unconventional ways. Whether it’s Netflix, Hulu, or even simply using the DVR on your TV. Rarely does the family gather in front of the TV to watch a show. Outside of sporting events, I honestly can’t remember the last time I set aside time to make sure I watched a certain show on TV.

For now, there is only one surefire way to ensure your brand as an advertiser is seen or heard – you have to advertise by creating content.

In my mind, creating content has always been the way to go when it comes to advertising. For example – why would I want to be bombarded with Nike ads while visiting ESPN.com to read about the NFL preseason game last night? Instead, why wouldn’t Nike, through ESPN (or on their own), write an article and provide a video showcase of the uniforms they used last night? Create that content that I actually want to see. Show me where I can buy those specific jerseys that were worn. Deliver your same message to me in a way that I will be more likely to read about and not just block with some piece of software because of how invasive it is.

Advertisers need to invest more in creating compelling content that centers around their brand. When I worked for Samsung, this is exactly what we set out to do. We showcased our product by working with game developers to show off new and exciting games that the public wanted to see. People came for the game, and also saw that the game was running on our system with our hardware. A video of me showcasing that game on our Samsung product garnered over 10x the amount of views on YouTube than a video of me strictly showcasing our product did.

It worked because we found ways to create compelling content that people wanted to see, and the general public had no idea that we were only doing it to promote a new line of Samsung SSD’s. Everyone wins in that situation. A game developer gets great publicity from a company that is trying to push a product, so they showcase your game on that product and everyone wins.

So why haven’t advertisers seen that? More importantly, why haven’t content providers seen that? I’ve spent my entire career working for multiple media companies that focus on selling advertising the old fashioned way. It’s always “here, buy some streaming spots or some banner ads, or a pre-roll video on our website” and rarely “Hey, we are providing this cool piece of online content that you can associate with.”

Don’t think inside the box and just do things the way they have always been done. There needs to be more content so that there can be more advertising on that content.

Do you have a sports site? Instead of just buying and selling banner ads or pre-roll video before your videos, sell the content instead. AdBlock can block just about everything on a standard website that generates revenue. Give me “College Football Predictions brought to you by Bud Light”.

Are you an advertiser who is losing money because of AdBlock? Why not create your own content online? If you’re a restaurant, do videos on how to cook some of your special dishes and promote them on YouTube and other social mediums. If you’re an arcade, do reviews of your games. If you’re selling a product, do some behind the scenes looks on how you make the product, or how you came up with the idea. If your product is tied to a certain thing – like how a sporting good’s store is tied to sports – then do some unique content around your local sports teams. Make predictions, do interviews, show off your new gear by talking to the local athletes about it and showing them using it.

It’s time to start thinking outside of the box before it’s too late. These ad blocking numbers are astonishing, and every company that is advertising digitally is losing money because of it. I hate to admit it working in this field, but it’s the truth.