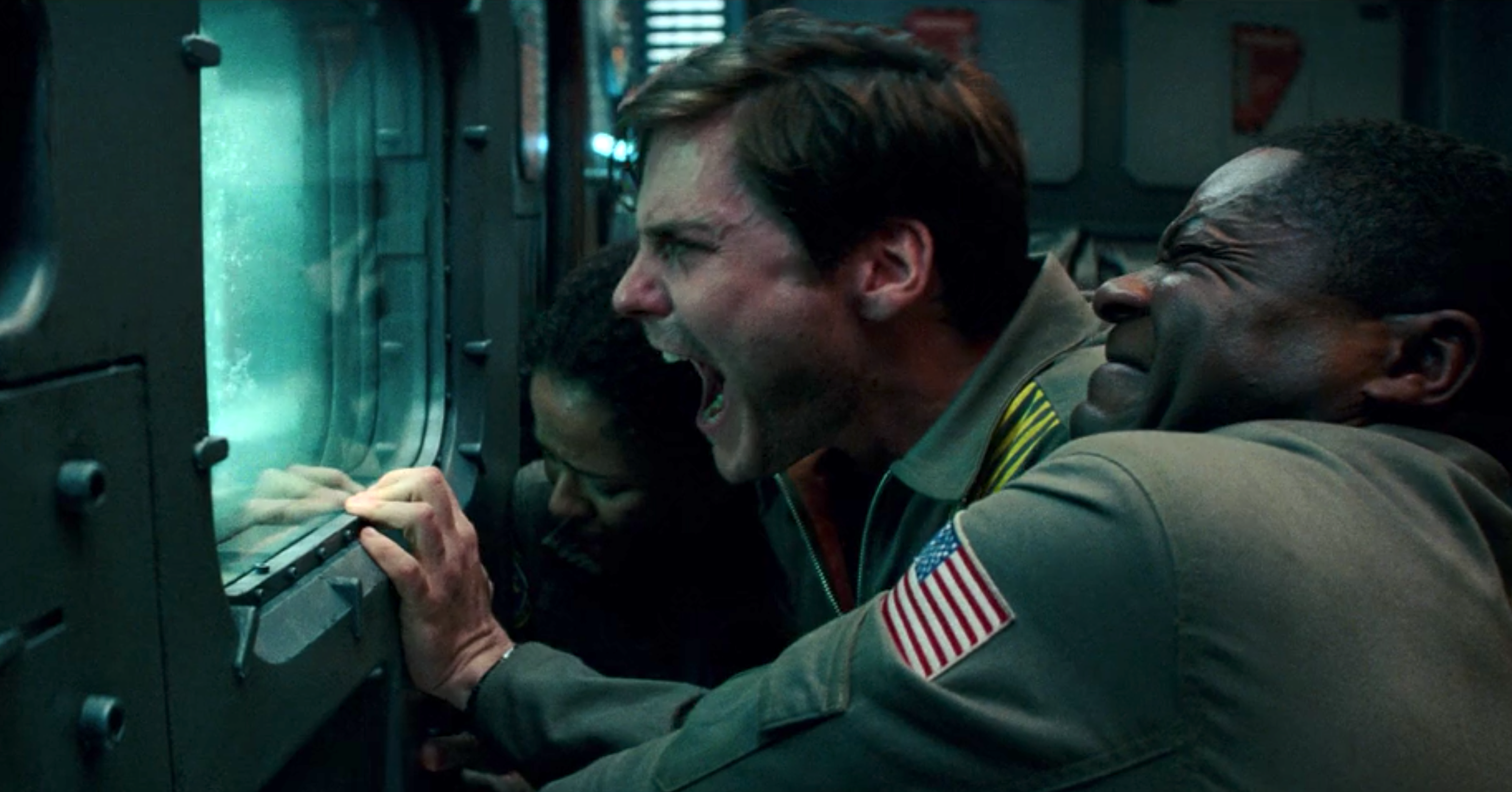 When I first saw footage from the original 2008 Cloverfield come on my TV during the Super Bowl, I got so excited I jumped up out of my seat and yelled “IT’S CLOVERFIELD” to the confusion of everyone else I was watching the game with. I knew what it was immediately, the teaser we had been waiting on for so long for the third Cloverfield movie, which was originally titled God Particle but had been struggling to find a release date and a distributor to release it.

The rumors had been swirling that Netflix was going to take over distributing the movie over their streaming platform instead of a traditional wide release. There were rumors that the name had changed to Cloverfield Station and the release date had been pushed back to April 2018.

All of that ended up culminating in one of the most pleasant surprises ever – a teaser released during the most watched event of the year followed by news that when the game was over, the movie would be released. It wasn’t the first time they had been secretive about a Cloverfield movie. The ARG campaigns for all of them have been spot on, especially for the first one. 10 Cloverfield Lane popped up out of nowhere and came out about a month after the first trailers were released. However, this took it to a whole new level.

So was the movie any good? Did it tie up any loose ends and give us the answers we were wanting from the original Cloverfield movie about where the monster came from or what fell into the ocean at the end when Rob and Beth are at Coney Island?

The answer to all of these questions is…kinda?

The marketing for this movie, all 30 seconds of it that we saw during the Super Bowl, focused on the fact that this would, in fact, answer where the kaiju came from in the first movie. The trailer showed footage of the original movie mixed with footage from this movie of the monster in the shadows while saying “10 years ago, some thing arrived. Now, find out why.”

This movie seems to pick up in the near future, despite it being promoted as basically a prequel. The earth finds itself in the middle of a worldwide energy crisis that is leading to mass chaos and global warfare. So the best and the brightest minds of the world launch the Cloverfield Station to work on the Shepard particle accelerator, because it’s too dangerous to test it on Earth. If they can perfect it, then the earth would have an unlimited supply of energy, but we see a clip on CNN of a guy promoting a book that discusses how this particle accelerator could create the “Cloverfield Paradox” and open up portals to other dimensions to let monsters onto Earth. It kind of sounds like opening a portal to hell in Doom.

The crew eventually succeeds after a couple of years on board the station, but the particle accelerator malfunctions and the crew realizes that the earth has seemingly vanished and they have no idea where they are and must find out what happened and fix it before it’s too late for themselves and everyone back on earth…wherever it is.

The story that unfolds is your typical space horror/thriller movie. Think Alien, Event Horizon, etc. The cast is solid enough and there are some serious moments plus: the comic relief with Chris O’Dowd, the mysterious stranger, the crazy Russian, and many of the things you would expect from movies like this. There are a few moments of horror in it, complete with their own chestburster-style scene.

But all of that is what God Particle was supposed to be. There were about 10-15 minutes of the movie that were spent on earth with the husband of Ava Hamilton (Gugu Mbatha-Raw), who has left him to go work on the space station. Once “the paradox” happens, we can see in the background that the events from the first movie are taking place. However, all of those scenes seem to be shot after the fact to make this tie into the first movie.

So while we are somewhat told why the monsters show up in the first movie and there are some similarities to even answer some stuff from 10 Cloverfield Lane, the ending of the movie only makes you ask even more questions (you’ll see why when you watch it).

Overall, you have to applaud what Netflix did in it’s promotion, or lack thereof, leading up to the movie. Whether it was good or not shouldn’t discredit the way it was launched.

Overall, I would recommend the movie, especially if you are a Cloverfield universe fan. Here’s to hoping Overlord, the fourth movie in the franchise, helps to answer even more questions and feels more like a real tie-in to Cloverfield.