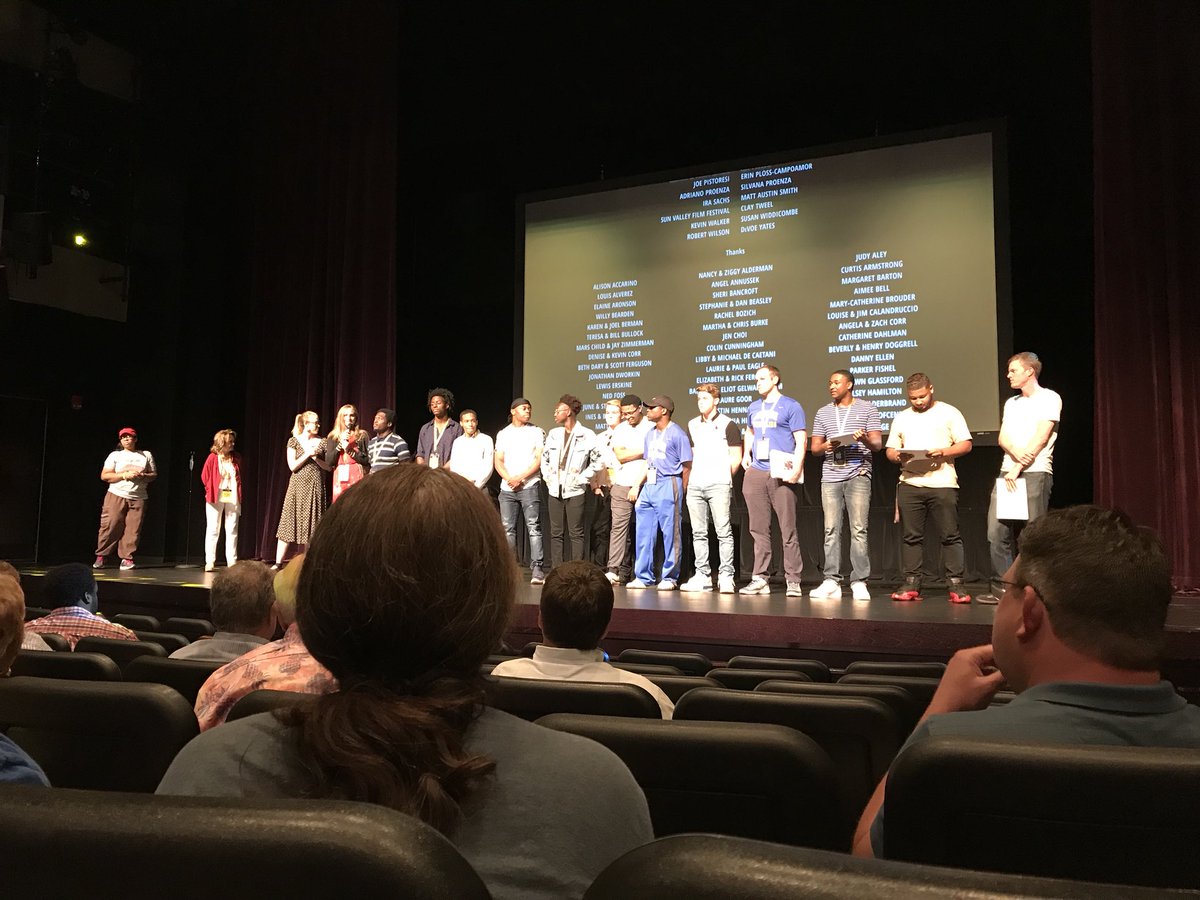 I finally got to experience the Sidewalk Film Festival this weekend. I didn’t get to do the whole weekend with high school football starting this weekend as well but I did get to catch some stuff Saturday afternoon/night and Sunday. Here’s what I saw and what I thought about it all:

I’m starting off with easily the best thing I saw. Wrestle is a documentary about the JO Johnson (Huntsville) wrestling team and their quest for a state championship. It all takes place while JO Johnson is in the midst of closing to make way for Mae Jemison high school due to their constant years of being on the Alabama failing schools list. Basketball is their main successful sport, and a former coach of mine at Homewood is now the football coach at Mae Jemison.

The official synopsis: “As they fight their way towards the State Championship and the doors they hope it will open, wrestlers Jailen, Jamario, Teague, and Jaquan each face injustices and challenges on and off the mat. Together they grapple with obstacles that jeopardize their success, and their coach – coming to terms with his own past conflicts – pushes them forward while unwittingly wading into the complexities of class and race in the South. Through it all, the young heroes of WRESTLE – with humor and grit – strive towards their goals, making WRESTLE an inspiring coming of age journey and an impassioned depiction of growing up disadvantaged in America today.”

It was a great look at the issues some kids go through while still trying to succeed in athletics. The entire wrestling team was at the screening and I got to talk to some of them and the coach. They also informed everyone that the wrestling program doesn’t have enough money to have a program this year. I’m hoping to talk to the coach soon on our radio show to discuss how people can help get the program back going at Mae Jemison.

I don’t know if this film will ever be available for most people to watch it. As far as I know it’s just making the rounds at different film festivals right now. I hope it does come to TV or Netflix in the future because it’s worth a watch. Imagine Last Chance U, but in an hour and a half and focusing on a high school program in Alabama.

(there is no trailer that I can find, but this is the official website)

This was my favorite fictional film of the weekend. It stars Nick Offerman and is about a dad who makes a hit song with his daughter during the summer before she moves across the country to go to college. It was a funny, but heartfelt movie that I do recommend if you can see it anywhere. It’s got some other decent names like Ted Danson, Blythe Danner and Toni Collette. Kiersey Clemons is really good as the daughter as well.

Official Synopsis: “In the hip Brooklyn neighborhood of Red Hook, single dad and record store owner Frank (Nick Offerman) is preparing to send his hard-working daughter Sam (Kiersey Clemons) off to college, while being forced to close his vintage shop. Hoping to stay connected through their shared musical passions, Frank urges Sam to turn their weekly “jam sesh” into a father-daughter live act. After their first song becomes an Internet breakout, the two embark on a journey of love, growing up and musical discovery.”

A documentary about Lynyrd Skynyrd, it’s formation, it’s rise to fame and the plane crash that killed multiple members of the band including lead singer Ronnie Van Zant. A good look back in history for someone younger like me that wasn’t around to see their meteoric rise. It also goes into what made songs like Sweet Home Alabama.

Official synopsis: “Rising from the swamps of the Deep South, these good ol’ boys from Jacksonville, Florida came to define an era with their hard-rocking boogie-woogie sound, soulful lyrics, drunken and dangerous antics and their controversial use of the rebel flag. The film also serves as a portrait of late band leader Ronnie Van Zant whose life was cut tragically short, but whose legacy endures to this day in songs like the “Simple Man,” “Country Boy,” and “Whiskey Rock-a-Roller.”

The film is primarily narrated by Gary Rossington, the last of the Street Survivors and founding member along with Van Zant and Allen “Freebird” Collins. Rossington remains the only original member still in the band today. His recollections, from the beginning to the very end, mingle with the tales of drummer Artimus Pyle and “Sweet Home Alabama” co-writer Ed King, interviews with the late drummer Bob Burns, “Honkette” JoJo Billingsley, producer Al Kooper, and recently discovered radio interviews with the late founding members, Leon “Mad Hatter” Wilkeson, Collins and Van Zant. Capturing the band through their own words, stories and memories, LYNYRD SKYNYRD: IF I LEAVE HERE TOMORROW vividly explores the makings of this quintessential Southern rock band.”

This is actually a Showtime documentary so you can catch it there.

Most comments I heard after this movie were pretty negative. I didn’t think it was that bad, but it wasn’t necessarily great either. It’s sitting at 91% on Rotten Tomatoes as of writing this, and I get what it was going for – it just didn’t hit me.

Official synopsis: “Lisa Conroy is the last person you’d expect to find in a highway-side ‘sports bar with curves’,— but as general manager at Double Whammies, she’s come to love the place and its customers. An incurable den mother, she nurtures and protects her girls fiercely–but over the course of one trying day, her optimism is battered from every direction…Double Whammies sells a big, weird American fantasy, but what happens when reality pokes a bunch of holes in it?”

It sounds like a movie about hot girls running around a Hooters knock-off, but there is more to it than that. Part of the problem was that the audio wasn’t great at the Alabama Theater for it. I saw Hearts Beat Loud and If I Leave Here Tomorrow at the Alabama as well and they were fine, so I don’t know.

I saw a group of documentary shorts as well:

Footprint – “A purely observational meditation on how different people engage with the World Trade Center Memorial, exploring the ways we choose to commemorate tragedy in the age of technology, social media, and changing attitudes toward patriotism.”

It was pretty good in my opinion. It literally just shows how people from all walks of life act at the memorial. Some are emotional, some are disrespectful and all in between.

Quiet Hours – “Donald Hall, America’s Poet Laureate and winner of the National Medal of Arts, lives in the fragile space between loneliness and solitude.”

This one was good but it just kind of ended. Basically a lonely old man who lost his wife a while ago and has a number of women that take care of him.

The Burley Farmer – “A sweeping, heartfelt exploration of the trials and tribulations, joys and heartbreak endured on a family tobacco farm, where an entire livelihood is left in the hands of a single grader.”

A good look into a tobacco farmer and how much work goes into harvesting a crop and how the livelihood of an entire family hinges on short moment.

Centenarian – “Centenarian is a partly-animated short documentary about a 104 year old Canadian Chinese man who discusses his current thoughts with his visiting grand-daughter after his last friend recently passed away.”

This is simply a conversation between grandpa and granddaughter. Not a lot of substance at only 5 minutes, but the “partly-animated” part was fairly well done.

This one had potential. It literally just shows three minutes of chairs sitting in parking spaces. If it had been more than chairs (along with a walker and a golf bag) it would have been good. Just didn’t hit me.

A cool look into a place that is open and welcoming to people who want to learn music.