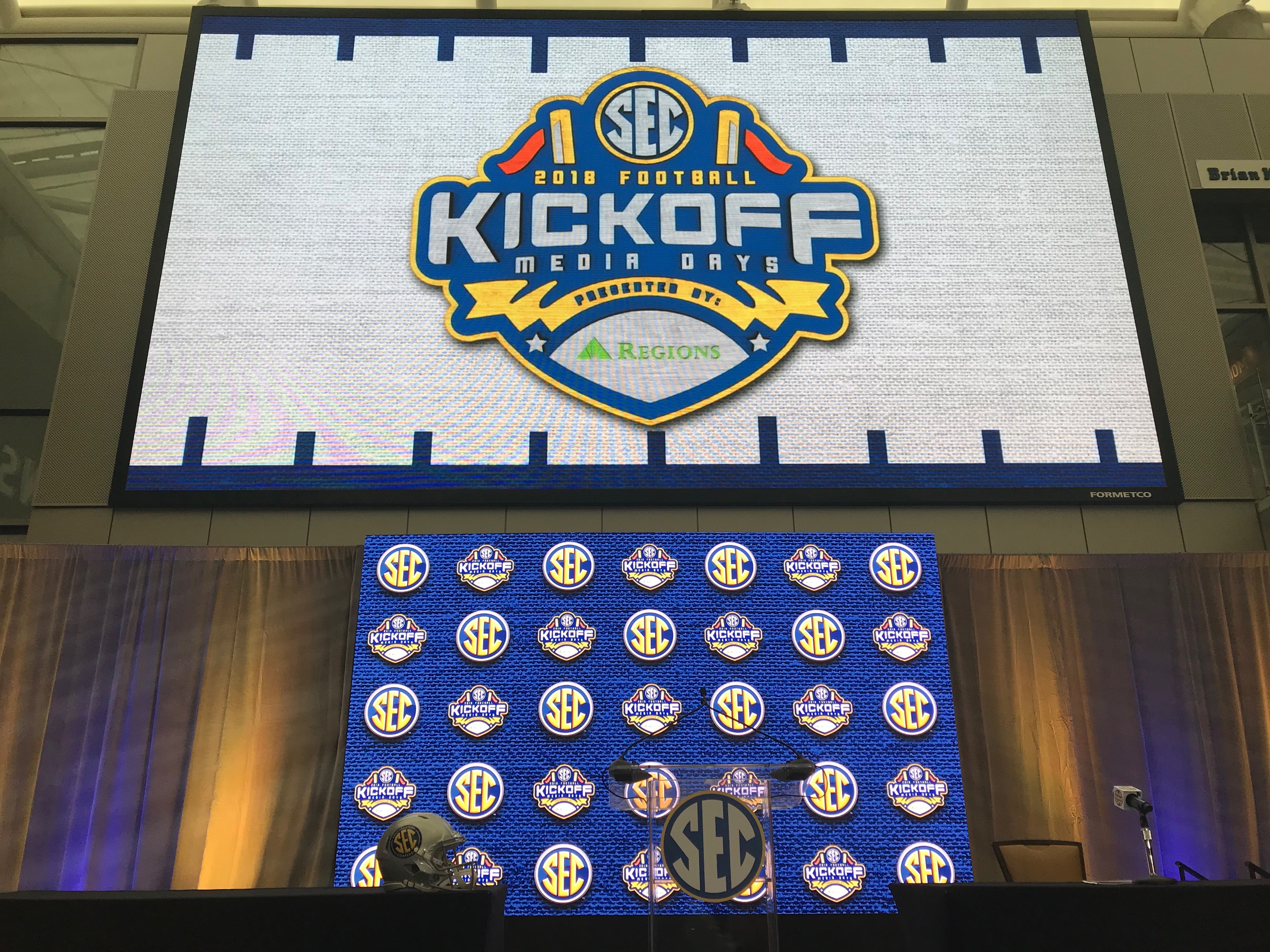 SEC Media Days 2018 is in the books, and everyone has made their way back home from Atlanta. Media Days in Atlanta was very different than when it was in Hoover. The College Football Hall of Fame was a nice touch, but at the expense of the rest of the media that rely on something other than the main room to accomplish their goals. That mostly includes radio and TV.

Radio row was relegated to a ballroom/conference room in the Omni Hotel, and there was no way to get to the main room at the Hall of Fame without having to go outside. It was a pain and made it where radio raw wasn’t visible to any fans. There was a courtyard outside the hotel that I rarely walked by without seeing people outside shooting stand-ups for TV, showing that they had it a little rougher too.

But regardless of all that, I’m not against new locations. I’d almost prefer everything to be on a football field more like the Super Bowl does for their media days. Doing it in Mercedes Benz Stadium would be nice, but you also want people to have easy access to their hotel room too.

We’ll see how it goes next year when it comes back to the Wynfrey Hotel in Hoover, and how people like it after now having experienced Atlanta.

Now, on to the one thing everyone will take away from media days, and that is the preseason media poll.

Here is how it played out (first place votes in parenthesis):

The media then chose Alabama to win it all.

For the most part, my ballot wasn’t too different (I had Alabama winning it all as well):

No one of these three teams plays the other two at home. They all split. Mississippi State going to LSU is part of why I had them a little further below the other two. Look, I called Mississippi State over LSU last year, but that was only Mississippi State’s second win over LSU in this millennium. They have only beaten LSU in Baton Rouge once since the SEC expanded to 12 teams in 1992. History doesn’t bode well for the Bulldogs against LSU.

The 2018 Preseason Media Days All-SEC Team was also released. I disagreed a little bit, but not too bad.