Home Entertainment Off the Record – A new podcast 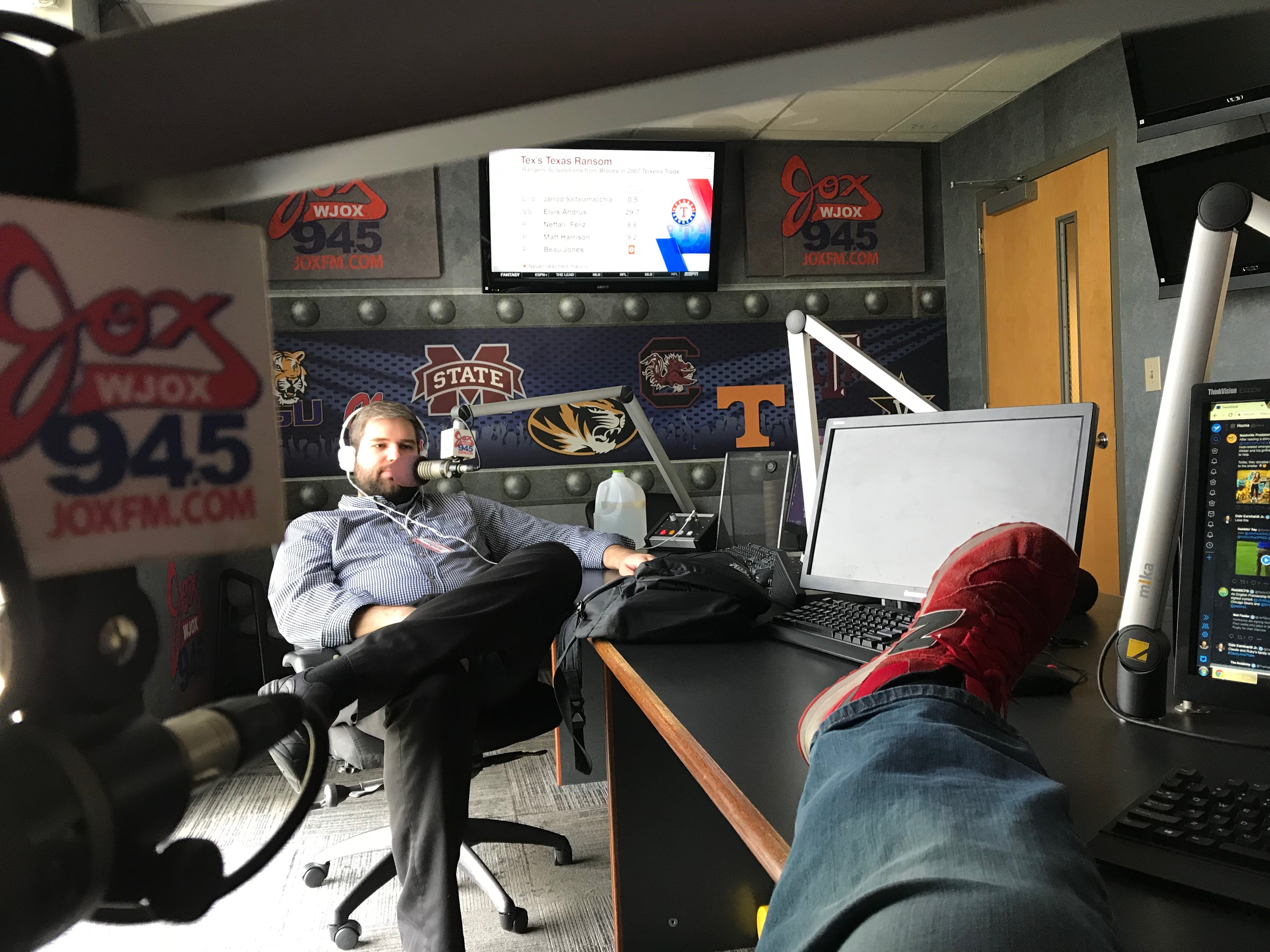 A few weeks ago, we were tasked with coming up with some cool new ways to create digital content at work. We do all kinds of videos, podcasts, written articles and more between JoxFM.com and JoxPreps.com, but for Primetime, I wanted something a little different.

Everything we do is typically well thought out. We come up with various comments we want to make for each topic we bring up on our show, on a podcast or whatever we may be doing.

However, the best conversations are typically organic and happen away from the microphone. Tim and I get together early each afternoon to discuss what we want to talk about that day on the show, and almost always we end up on some tangent that has nothing to do with our show or anything we will actually discuss on the show. It could be news, politics, movies, TV, food or any other number of things. It’s not just Tim and I either, but the multitude of people who may overhear what we are saying and jump in to be a part of the conversation.

Almost every time after we get done talking, one of us says “I wish we were recording that.” Truly, the best conversations happen off the cuff, with no prior planning.

One conversation we had made me really think. It was a conversation about…conversations. To keep from re-hashing the entire dialogue, the basis of it was that so much of the world now refuses to have conversations with each other anymore. It’s never about hearty discussion, it’s about you being right and everyone else being wrong. That’s the way our political leaders act, and that has rubbed off on people.

We joked around that we should move into political talk radio on our sister station Talk 99.5, but instead, we decided to start a podcast. You can’t interact in real-time with a podcast, and we know that, but we did want to at least open up a dialogue with people and have a real, raw conversation about literally anything that might be going on in the world.

That’s why we started the “Off the Record” podcast.

Off the Record is a daily podcast that is recorded each day from 2-3 pm while we have these conversations. There is no script, there is no planning. In our first episode this afternoon, we literally just walked into the studio, turned our microphones on and started talking.

The goal of this is first and foremost to spark discussions. The second goal is to let you know more about the personalities behind Jox Primetime, and hopefully the real stories of other people involved with Jox 94.5. The conversations could revolve around literally anything – sports, politics, entertainment and any other aspect of life.

We hope you’ll join us on this journey as we simply have conversations. We hope it will lead to you having conversations. If you want to converse with us, you can interact with us on Twitter @GoOffTheRecord or our personal accounts @jlunce and @MeltonTalks.

This is what happens off the air, this is Off the Record.