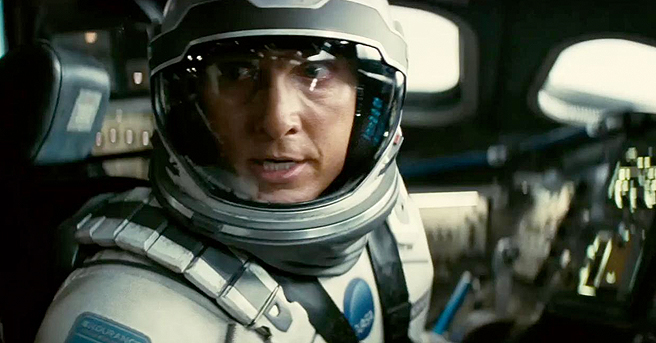 Tenet has finally released into theaters and as I prepare to go see Christopher Nolan’s next big hit, I thought today’s Lunce’s List could be all about the man himself.

Christopher Nolan is best known for his Dark Knight trilogy which really revitalized the Batman franchise and was an incredibly well executed series of movies. I wasn’t into Nolan really until Batman Begins, but then I instantly found all of his movies captivating and when he puts his name on something, it’s worth going to see.

I feel like I have too high of hopes for Tenet, especially with the added waiting time due to the pandemic, just building the excitement to not only see this movie but to see any movie in a theater again. We’ll see how it overall performs. My biggest fear is that Nolan tries too hard to outdo himself from his last few films which have had interesting/confusing story lines or executions of those story lines. A movie like Dunkirk was pretty straight forward in story, but was told in three different formats over three different periods of time which made it a bit much for me.

Let me also use this to say his brother, Jonathan, is right up there too after co-creating Westworld with his wife and helping write the screenplay for some of the movies on this list. Not to gush over them too much, but I am really looking forward to their upcoming movie (their first solo movie), Reminiscence.

If you read my best 100 films of the decade, you saw Interstellar in the top spot.

While some pieces are the same (Michael Caine is always in Nolan’s movies, plus Anne Hathaway from Dark Knight Rises), a new outstanding cast takes on a new-age version of 2001: A Space Odyssey which is one of the greatest films of all time.

I love space movies and I love post-apocalyptic stories. This hits both. The cast is also phenomenal. Matthew McConaughey is great, Anne Hathaway is great, Jessica Chastain is great. Also shoutout to a really good secondary cast including: John Lithgow, Wes Bentley, Casey Affleck (and a fairly unknown-at-the-time Timothee Chalamet playing the younger version), Topher Grace and of course the surprise appearance of Matt Damon. Damon popping up halfway through the movie was incredible.

This is a movie best enjoyed on the big screen if possible. It’s a movie that keeps you talking and trying to figure out what actually just happened. While the Dark Knight trilogy was great, and Inception was unique – this film is really what solidified Nolan as arguably the greatest filmmaker working today, and among the best of all time.

This movie is mind-blowing and such a unique concept that is executed so well. A great cast (Leonardo DiCaprio and Nolan are a perfect pair and need to do more). Joseph Gordon-Levitt is great, Tom Hardy is great, Marion Cotillard is great (see my #3 which also had them). Nolan uses so many of the great pieces from The Dark Knight Rises, but just replaces Christian Bale with DiCaprio.

Like Interstellar, movies that keep you talking after they are over are the best kind, and people are still debating whether DiCaprio is still in a dream or the real world. Also like Interstellar, I think this is a film best enjoyed on the big screen.

Bane overall was the best villain from this series in my opinion. He went out too easy, but don’t let that take away from the rest of the movie. I thought Joseph Gordon-Levitt was a perfect addition to it (a good Robin character I’d love to see more of). Anne Hathaway was just ok, but overall served a purpose and I’m fine with that. Except, once again, how she killed Bane.

One of the best scenes I’ve ever seen on the big screen (and one that makes me uneasy every time I watch) is the football scene where the whole field blows up behind Hines Ward as he returns the opening kick. That scene is insane. Also shout out for using the actual Pittsburgh Steelers as the players.

While the success of The Dark Knight led to this experience being a fun one, this movie ultimately was the best of the three in my opinion. I know to a lot of people this is last of the three, but it seems like there is no consensus best film among my friends group. Bottom line, the trilogy as a whole is really what put Nolan on the map and is worth watching all the way through.

Batman Begins was such a good movie because it was so different than anything we had ever seen from a Batman movie. While I think The Dark Knight went more to the original Batman formula and style, the first and third films were very different but in a good way.

Every time Batman is rebooted (and really any superhero who has had multiple reboots like Batman, Spider-Man, etc.) – we have to go through the same old story to set up why they are who they are. I think it was best done in this movie.

Katie Holmes was a much better Rachel and the overall introduction to new characters (at least new to the films) like Scarecrow, Ra’s al Ghul and Lucius Fox worked really well.

The newness of this version of Batman really made it a fun experience.

The Dark Knight fifth and behind the other two Batman movies? What?

I know, so sue me. To be honest, it was a fight between The Prestige and this for 5th. I enjoyed this movie, don’t get me wrong. But I have never gotten the obsession over this movie. Was Heath Ledger good? Of course. Was it a solid movie? Of course. But in terms of Superhero movies, this probably isn’t even in my top 10.

Want me to rattle them off? In no order (so I can save it for a future Lunce’s List):

Oh god, I have to stop before someone kills me.

I just didn’t like Maggie Gyllenhaal in it, Aaron Eckhart was alright. Heath Ledger alone wasn’t enough to put it above the others.

Shout out to WALL-E for actually being the best movie that year.

Ok, I’ll stop before someone comes through my computer and strangles me.