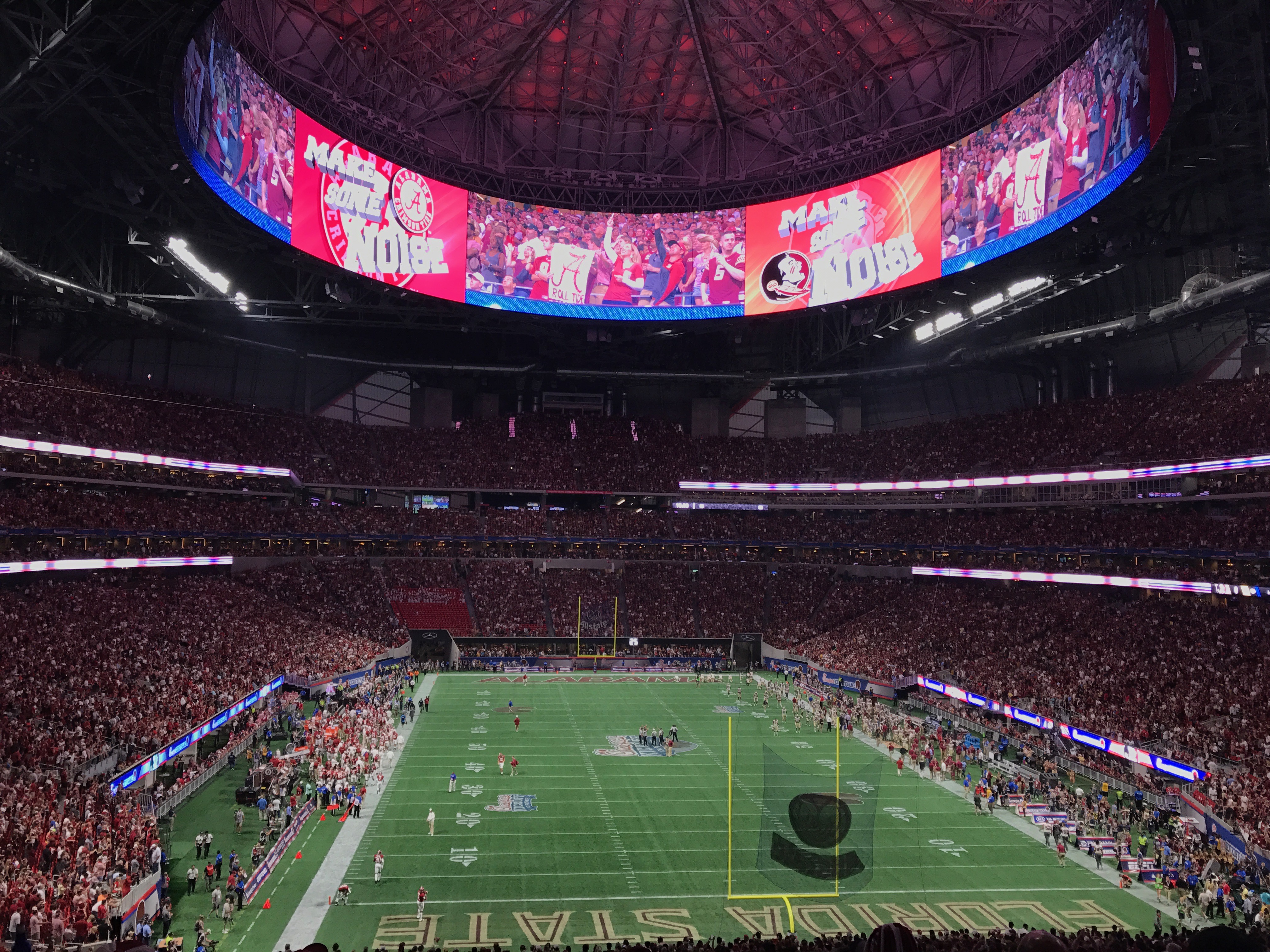 With the NFL Draft out of the way, it’s time to turn our eyes to next football season. It’s only…four months away as we continue the long wait until Labor Day weekend.

As we get closer to that weekend, what are the best Saturday games that will have people talking when they get back into the office on Tuesday? I was told I couldn’t include games outside of Saturday, but some of those big ones include:

The Tigers are looking to start with a bang after last season ended with two straight loses. Auburn had the best two wins on the year over the two national championship competitors, yet ended up with four losses to Clemson, LSU, Georgia in a rematch and UCF. Washington will probably be a top 10 team coming in to this game, and depending on who you ask right now, there is a good chance Auburn could be too.

I’d imagine Washington will be ranked higher due to Jake Browning returning at quarterback and Myles Gaskin returning at running back, along with some strong defensive players. This is a season defining game right out of the gate for both teams.

If you’re Washington – you start off with a win over Auburn team that won arguably the hardest division in all of sports in the SEC West, and have a much better resume builder come playoff time than Rutgers was the last two years.

If you’re Auburn – you start off with a game that isn’t Clemson (which they lost both the home and away games) but still a respectable opponent that could turn around and still be a conference champion at the end of the year to help boost your playoff chances.

It might not have the hype of Alabama vs. Florida State last year in Atlanta, but Atlanta hasn’t been kind to either of these teams lately as Washington lost in the Peach Bowl against Alabama in the playoffs two years ago and Auburn lost to Georgia in the SEC title game AND the Peach Bowl to a Group of Five team last year.

Michigan playing in South Bend under the lights is a great sight to see. Both of these teams have high expectations after a decent season for Notre Dame last year and Jim Harbaugh going into a year that he has to produce. They both get their chance right out of the gate.

Notre Dame returns nine starters on their defense, but they lost their DC to Texas A&M. They should still have one of the most talented defenses in all of FBS this season. At quarterback, Brandon Wimbush seems to be the guy even though Ian Book made a push late last year with a good performance in the Citrus Bowl against LSU. Wimbush is a running quarterback and they wanted to put more of an emphasis into his passing game. Sound familiar Alabama fans?

Michigan meanwhile is in a “put up or shut up” year as Jim Harbaugh is still chasing a Big Ten title game appearance. Shea Patterson comes in from Ole Miss and looks to add an immediate spark as he has officially been ruled eligible this season. The defense should still be good after some great recruiting classes. The winner here starts down the path of being successful despite some tough contests in the months to come after the game.

A Group of Five team making the list? You better believe it. We’re only a couple of years removed from Oklahoma vs. Houston being one of the biggest week one games, and don’t forget that Houston won that game by double digits. Could Florida Atlantic do the same to Oklahoma and come up to Norman and punch the Sooners in the mouth to make a statement? You know Lane Kiffin would love to have his squad be the next UCF or Western Michigan and run the table earning a New Years Six bowl berth. That would open him up to a world of possibilities as a head coach at a bigger school.

Oklahoma is still trying to find an answer for replacing Baker Mayfield, and while Kyler Murray seems like the obvious answer – there is talk that he may be a first-round draft pick in Major League Baseball, which would throw a wrench in things for a team that has to be great offensively to do anything worthwhile.

This game doesn’t make my list if we’re just talking about “games Jon cares most about” when it comes to the season. Alabama should win this game by 30+ points. The reason it makes the list is that we still aren’t 100% sure on what direction Nick Saban will take when it comes to the quarterback situation. I think that most people are firmly on the “Tua is the better option” side, but many are still conflicted about what to do with Jalen Hurts overall.

If Tua’s injury ends up being more than we thought (which it’s already more than we originally thought) then there is still a chance Jalen is your starting quarterback. If he goes in and stinks it up, or if Tua goes in and stinks it up in his first start, there could be a lot of talking going on the next week about what Alabama will do later in the season. Even if both quarterbacks stink in the game, Alabama is good enough to get points on defense and running the ball to win by 30 or more points.

On the other side, Louisville is having to find the replacement for former Heisman winner Lamar Jackson, and locally, all eyes are on former Park Crossing quarterback Malik Cunningham as he competes for the starting job. We’ll see if Bobby Petrino can do anything against this Alabama defense.

Maybe not the sexiest match-up, but it’s still SEC vs. Big 12. Tennessee will have to get things going fast under Jeremy Pruitt as West Virginia is a team that could be competing for a Big 12 title and potentially a playoff spot, especially starting with a win over an SEC team. Will Grier is back for West Virginia along with a good group of receivers and four starting offensive lineman.

Most people would easily take West Virginia here, but Tennessee has fared decently in early neutral site games lately. Last year they went to Atlanta and beat Georgia Tech in their own back yard in the Chick-Fil-A kickoff classic. The year before that, they went to Bristol Motor Speedway and beat Virginia Tech. In 2015, they lost to Oklahoma, but it was a double OT loss to a team that made the playoff.

So we’ll see. We could be praising Jeremy Pruitt for the early job he is doing, or scratching our heads at how bad they get demolished.