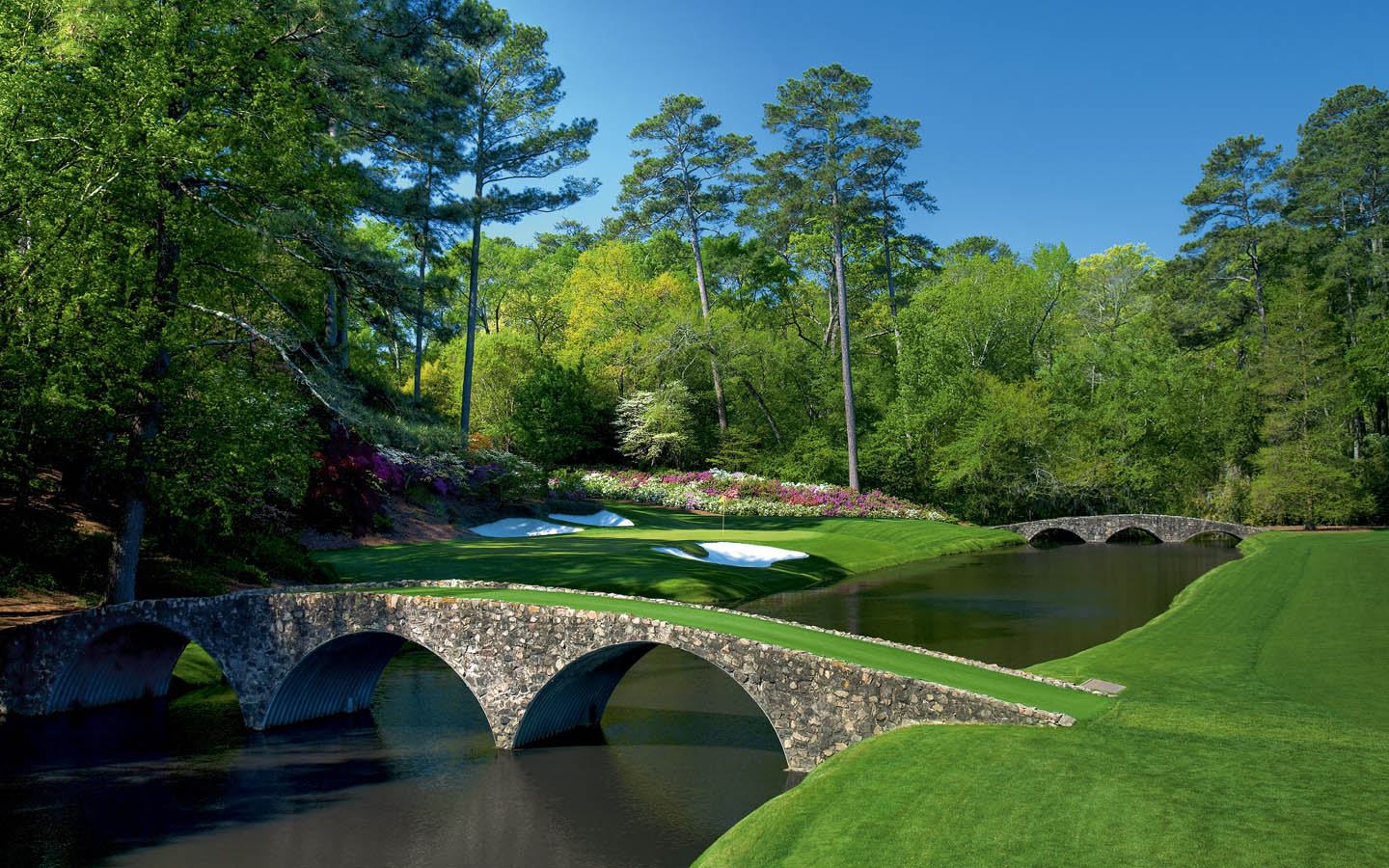 Everyone is losing their mind over the fact that Tiger is back and playing well in time for the Masters, an event he has dominated over the years. However, I’m going with these two names to win it all:

I’ve put my money where my mouth is, getting them both at +2335. (sorry for the jinx guys)

Now, on to the list. What other major story lines are there as we head into the biggest event in golf? More specifically, what story lines don’t involve Tiger that are worth paying attention to for the casual fan?

The story of last year had to be tournament favorite Dustin Johnson falling down a staircase in his rented Augusta home and suffering a back injury that made him withdraw from the event.

This year, he has another opportunity to capitalize on being the top player in the world and winning the first major of the season. He finished T6 in 2015 and T4 in 2016 which were his best finishes. Before that, he didn’t make the cut in 2014 and finished T13 in 2013. Overall, he’s played in seven Masters, making the cut in all but one of them.

He only has one major win, and that’s at the US Open in 2016. Since that win, here is how he has fared in majors:

Not great finishes since that US Open win a couple of years ago. Only one top ten and missing the cut in two of five majors he played in.

We’ll see what he’s got coming up this weekend. I just hope he rented a one-story house this time.

2. Which past champion (minus Tiger) has the best shot to win again?

According to VegasInsider.com, Jordan Spieth is tied with Tiger at 10/1 odds to win. Here are the odds for all of the past champions:

I think it’s safe to take a good majority of those players out of the conversation of potential winners. And since I have to take Tiger out as well, that leaves me with limited options:

A couple of the people below Adam Scott have a chance, but I’m leaning with those five as the true favorites based on their odds. I know it’s dumb to just go with the favorite, but I feel like Jordan Spieth really is the favorite of the past champions, even over Tiger. Bubba isn’t far behind, with Phil and Sergio behind him in my mind. Spieth has only played Augusta four times and has finished no lower than 11th. Three of his four Masters he has finished second or higher including his win in 2015. Even when he finished 11th last year, he was only two strokes off the lead heading into the final day.

3. Rory McIlroy is still chasing his elusive first Masters win, can he finally get it this year?

Rory has been very successful, and is #7 in the world rankings. He has won the US Open, The Open Championship and the PGA Championship twice, but has only finished as high as 4th in the Masters back in 2015. He has been in the top 10 the last four years, finishing T7 last year. This will be his 10th overall Masters event and he will be looking to win his first major since the PGA Championship back in 2014.

Also, since taking over the cover of the PGA Tour video game series from EA Sports, Rory hasn’t won a single major. We talk about it all the time with Madden and the Madden curse. There might be a PGA Tour cover curse now. Rory has never finished higher than T4 since the game came out. Subsequently, there hasn’t been another PGA Tour game come out since Rory was put on the cover. The game had a run where it came out every single year from 1994 through 2015. Tiger Woods was on 16 covers throughout that time and won 18 majors while on the cover. Rory came out on one cover and killed the entire series and hasn’t won a major since.

Former Alabama golfer Justin Thomas is one of the favorites after having a strong finish in 2017 which included winning the PGA Championship. Former Auburn golfer Jason Dufner has had a much longer career, finishing slightly higher in his best finish at Augusta. They both are in the field by virtue of their PGA Championship win (among other reasons), which is the only major either has won (Thomas in 2017, Dufner in 2013).

Justin Thomas comes in with the second best odds of any player at 12/1, tied with Dustin Johnson and Rory McIlroy. Meanwhile, Jason Dufner is sitting at 200/1 with a bunch of names I can’t even pronounce like Haotong Li and Shubhankar Sharma.

This will only be Thomas’ third Masters, finishing T39 and T22 before. It will be the eighth Masters for Dufner who has missed the cut twice, most recently in 2016, and when making the cut, finished on average 31st. Dufner’s highest placing was T20 in 2013.

I wouldn’t count Dufner out, but Justin Thomas is one of the hottest golfers on Tour right now.

5. Does someone yell “Dilly Dilly!” at The Masters?

Bonus points if our producer Dallas, who is at the Masters, yells it.

Our King weighs in on the Dilly Dilly ban. pic.twitter.com/rVxrD5dsNf

Bud Light actually put this tweet out. I hope to see hundreds of people with Dilly Dilly shirts on.

I’ve always thought it was goofy to yell after a ball was hit. I’m a quiet fan of most sports. The only sport I every really get animated about is hockey, but even then I’m pretty reserved compared to most. But in a quiet, slow sport like golf, I don’t get the appeal of yelling…unless you’re yelling to wake up grandpa who is watching the event and won’t give you the remote to turn something better on.

Dilly Dilly is stupid, but it’s a fun kind of stupid. Anheuser-Busch is great at coming up with marketing campaigns and this is no different. If Dallas can’t get away with screaming Dilly Dilly, maybe he can scream Dooby Dooby Doo instead.