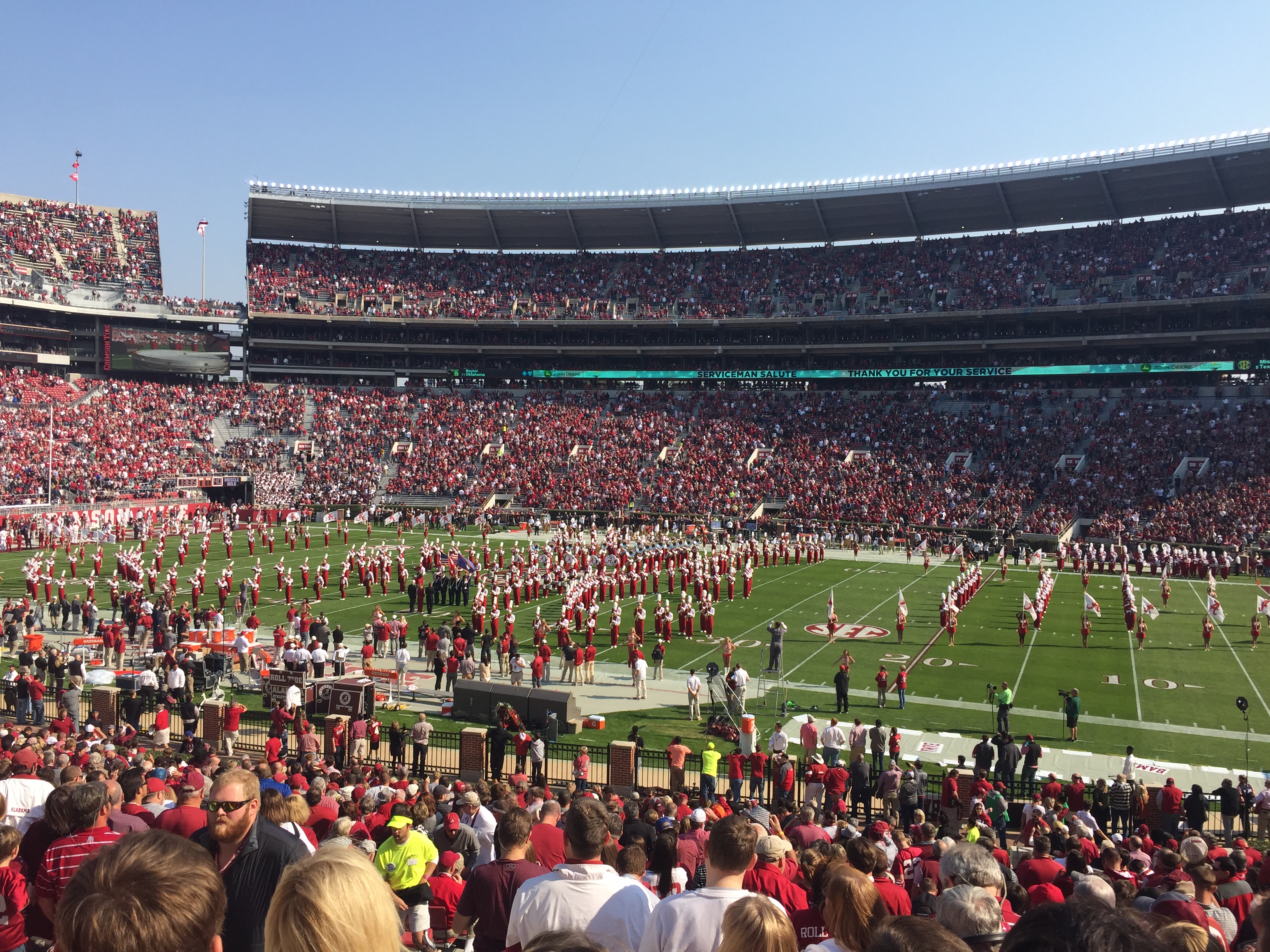 The SEC is done with spring games and this past weekend saw the two national championship representatives take the field in their respective spring games. The story going into A-Day for Alabama was Jalen Hurts and the comments his dad made about him about to be the biggest free agent in college football history. He didn’t really do anything to quiet his critics as he had a below average day.

The announced attendance was 74,732. I’m putting that as an honorable mention because there is no way that’s accurate. The “announced” attendance has been almost identical the last three years.

My co-host ran a poll after the game. You can still vote in it, but the votes as of writing this post were:

How would you grade Jalen Hurts' A-Day performance?

That says a lot about how fans feel about Jalen.

The problem is, he just isn’t making it as a QB. His attitude (so far) and his athletic ability make him a coveted player, but he just hasn’t shown the skills and mental ability to be a quarterback of the future. He gets it done with his legs and can still make plays, which is what has gotten him to 26-2. He’s made passes too, but they are passes that could be made by Tua or Mac Jones or any other QB with some skill. I don’t feel like anyone looks at what Jalen does with his arm and ever says “Tua can’t do that”.

Nick Saban even made the comment, although he didn’t know he was on a hot mic, that Mac Jones was able to march the team up and down the field and Jalen wasn’t able to. Mac Jones won co-MVP honors. Hurts won the “I Like to Practice” award (seriously). That’s a participation trophy if I’ve ever heard of one.

The sacks are a little deceiving, so I won’t put too much into it. We know what Jalen can do with his legs and if it was full speed, he doesn’t take near that many sacks. However, neither does Mac Jones most likely.

Mac Jones completed four more passes one two less attempts, had two touchdowns when Jalen had none, and Jalen just didn’t look good overall while Mac did. I imagine if you ask a lot of Bama fans, they will say Tua 1, Mac 2, Jalen 3/switch positions. I think for his long-term success, a position change is best. I mean that for the NFL as well, not just Alabama. I doubt it will happen, but A-Day did nothing to help his stock, and if anything, it hurt it.

Jalen didn’t play great, but his offensive line was part of the problem. I said it with the defense, but you have to say it even more with the offensive line – 13 sacks in this one game, seven allowed by the first-team line. Alex Leatherwood looked amazing in the national championship, but not so much here. Ross Pierschbacher was shifting positions to center. The whole line just didn’t look great and Jalen was running for his life all game.

The line lacked consistency, and while there were some decent plays here and there, overall they barely crossed the 100-yard mark with 102 from four players. With Jalen, Najee Harris and Damien Harris in the backfield, they should almost all be getting 100 yards a piece, not barely making it total. The second team line looked slightly better against the second team defense, but still gave up 6 sacks (to a less mobile quarterback) and only had 32 yards rushing total.

3. The jury is still out on Joseph Bulovas

Bulovas wasn’t perfect. He was 5/7, missing from 43 and 47 yards. He did hit two longer than those at 48 and 49 yards, and also hit a couple of short ones. We didn’t get to truly see his kickoff ability. Every time he kicked off, they would let the ball go wherever and Saban would toss the return man a ball to let the return team set up for the return and that was it.

He missed one at the end of the half from 47 and one with 3:44 left in the game from 43, but then turned around and hit a 48-yarder right after the miss. We’ll have to see what he can do in real game situations where opposing players are coming hard after the block and when he gets away from Bryant-Denny. But there seems to be some hope.

As for punting, Skyler Delong punted 10 times (five for each team) for 395 yards (39.5 average), placing it inside the 20 six times and had a long of 46 yards. For reference, JK Scott averaged:

4. The defense hasn’t skipped a beat

Sure, there were 13 sacks in this game, but it’s hard to count a lot of those with the way spring games work. However, it’s no secret that the defense was in the backfield constantly, especially the first team defensive line.

Dylan Moses led all players with 10 tackles. He also had 0.5 TFL. Raekwon Davis, Quinnen Williams, Christian Miller, LaBryan Ray and Christopher Allen all had two sacks on the day while Ray led the way with 4 total tackles for loss.

In the secondary, one player I said to watch out for was Trevon Diggs. Even though he got a little shaken up at one point, he was second in tackles with 9, and had a 27-yard interception return. Jared Mayden had the other interception.

5. Some new, local names will standout if given a chance this season

There are some talented players on Alabama’s roster that played high school football here in the state. It starts with a player who played in Alabama’s backyard in Brian Robinson, a running back from Hillcrest-Tuscaloosa. He tore it up for Hillcrest, including a 447 yard game with four touchdowns against Clay-Chalkville in 2015 as a junior.

He played some last year as a true freshman, but was 4th or 5th on the depth chart behind Damien Harris, Bo Scarbrough, Najee Harris and Josh Jacobs. Last season, he only had 24 carries, but gained 165 yards for a 6.9 yard per carry average. He also had two touchdowns. He showed last year at times that he can be a great blocker out of the backfield as well. With Bo gone, and Josh Jacobs’ status up in the air due to injury, you could see some important carries from him, even though Damien and Najee Harris will clearly be the top two guys.

Robinson finished the day with 7 carries for 26 yards and a touchdown, plus 6 catches for 59 yards as well, catching all balls thrown his way. When it comes to all-purpose yards, he was second on the day with 85 yards behind Devonta Smith who had two more yards at 87.

Another player that showed a little something was wide receiver Chadarius Townsend. He only had one catch, but he broke it for 65 yards and a touchdown. Townsend was a 4-star recruit from Tanner High School and had offers from all kinds of SEC schools. Although he’s playing receiver now, he was a standout quarterback, defensive back and return man for Tanner which is a 2A school. He was named 2A Back of the Year and was a two-time all-state player. If there is one player I could compare him to – it’s ArDarius Stewart, who also played quarterback for a small school in Fultondale. They even have the “darius” going for their name.

Townsend was redshirted last year, so we didn’t get to see him, but he can be a great 3rd or 4th option behind players like Jerry Jeudy, Devonta Smith and Henry Ruggs. Ruggs is another in-state player from Lee-Huntsville, but we already know what he can do.