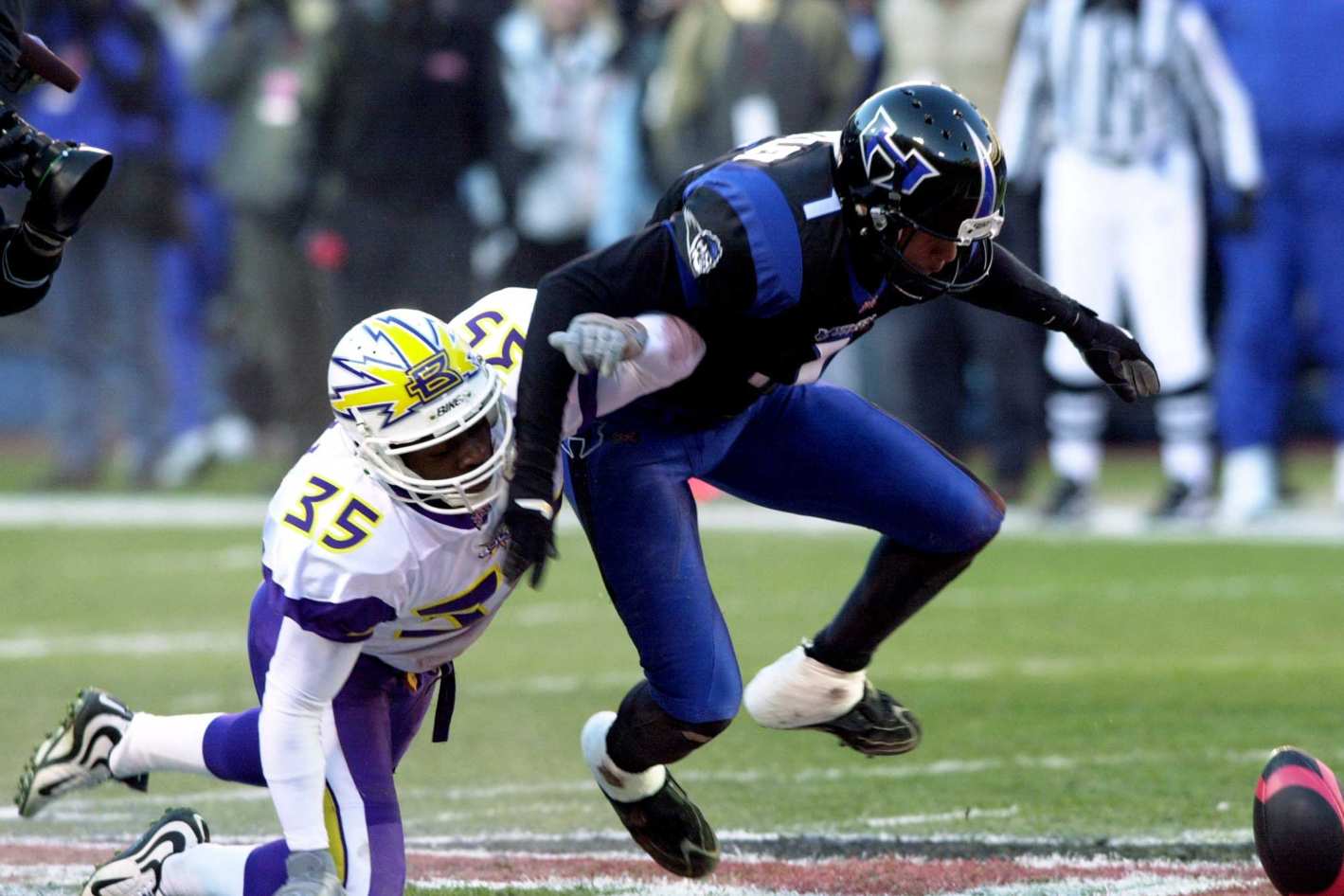 The XFL and Alliance of American Football are both set to start here in the next couple of years. Birmingham is a city known for always having a football team in these failed football leagues, so why not have one in these leagues?

The XFL has already made it’s way through Birmingham once with the Birmingham Thunderbolts. The team played at Legion Field and averaged a whopping 17,000 people (Legion Field holds over 71,000 and held 83,000 when the upper deck was still there).

Other failed football teams in Birmingham:

The long list of failed Birmingham professional football teams seems poised to add another with one of these leagues since the XFL was already here and the AAF said they want warmer climates and cities that don’t have NFL franchises. A new football stadium should only improve Birmingham’s chances as they will most likely have it in time for a spring league team in 2021. That means there needs to be at least a year or two at Legion Field.

The first team was announced as Orlando and the first head coach was Steve Spurrier. According to sources, another team will be in Southern California with Rick Neuheisel at the helm although nothing has been confirmed. If Orlando and Southern Cal can have a big name coach, why not Birmingham?

So that made us ask the question – if Birmingham does indeed get a team, who could the coach be?

A lot of people will groan at this, especially after the 5-19 stint at Iowa State and having one of the weirdest four-year stints at a school ever when he was at Auburn. Who shows up to a school, goes 8-5, then 14-0 with a national championship, and is run out the door two years later and looked at as a “bad” coach by some people?

Still, despite how people may view Gene Chizik, he was a very successful defensive coordinator and is still a national championship winning head coach whether you like it or not. He most recently was the DC at North Carolina, but before that was at Texas when they won the national title in 2005, and at Auburn when they went undefeated in 2004.

Part of why Chizik retired from North Carolina was to move back to Alabama and be closer to his family. Taking a job on a spring football team in Birmingham would make it where he is still close to his family. He also wouldn’t have to worry about recruiting and the stakes wouldn’t be nearly as high despite it being “professional” football. He could probably manage it decently well and still have a home life unlike being a college coach who is always on the road recruiting in the off-season. Spurrier specifically said that’s part of what he likes about coaching in the AAF.

This is the obvious choice whenever any team is looking for a coach in college football, so why not bring him and his unorthodox style into one of these spring leagues? He’s a bit wild in his decision making on the field which brings in eyes to the product, but he’s also a great family man and good guy off the field which will be good for the image of these leagues.

He’s obviously had success at times, even though it ended poorly for him at LSU. He went 114-34 at LSU with two national championship appearances (winning one), along with seven 10+ win seasons and two SEC titles. He also had some mild success at Oklahoma State before moving on to LSU where he took over for Nick Saban.

He would be the perfect personality to hire into this league. He doesn’t necessarily have the local tie in, which is why he’s #2, but I think he’s a good choice regardless. Plus, he has a little NFL experience as tight ends coach for the Cowboys from 1998-2000.

Lane Kiffin wants to move up. He can play the game right now at FAU that he loves it there and wants to stay there but we all know that’s most likely not the case. Kiffin has had a whirlwind career throughout college football and the NFL.

That pro experience would be super valuable and I think Spurrier’s time at the Redskins is as much a part of the reason he was considered for Orlando as his time at Florida (and South Carolina). Kiffin doesn’t necessarily have a major tie to Alabama other than his three years as OC in Tuscaloosa, but he has been in the south for a good part of his career between working with the Jaguars and then Tennessee, Alabama and now FAU.

The problem is going to be money and notoriety. He won’t get paid nearly as much or be looked at as highly if he’s a coach in the AAF or XFL. Who knows what the next step is for him, as it could be a major college or professional job, but he would be a nice draw into one of these leagues.

Apparently Jeff Fisher’s name actually made the list of potential coaches in the AAF. Sporting News released a list of former NFL coaches that the AAF is actually working on pursuing. I think Spurrier and Neuheisel shows they are willing to go after college coaches as well, even though they both had stints in the NFL. League co-founder Bill Polian said he things they should only pursue coaches with experience as either a head coach or assistant in the NFL.

Here is the full list of coaches they are targeting (at least that have been made public):

Of these names, one has definitely been hired, one has reportedly been hired and I think Jeff Fisher could be a hire if he would be willing to accept that the NFL may not ever hire him again. He is a California guy, but people here know him best as the coach of the Titans and the only one to get that franchise to Super Bowl.

He’s been around the pro game for a long time, working as an assistant in the NFL for over 25 years and of course is a local name having played at and been head coach at Alabama. He saw some success as OC at Tampa Bay under Tony Dungy and made it to the Super Bowl as an OC at Carolina a few years ago.

However, he was fired at Carolina and has just taken the OC job for the New York Giants. The reason he makes the list is because the Giants aren’t having much success right now and I could see that relationship being fairly short. Pat Shurmer was just hired as head coach and he only went 9-23 in his two years as the Browns head coach. If that doesn’t last long, why not come back to Alabama where his hands are off the Alabama football program but he’s still in a position to be cheered on by Alabama fans.