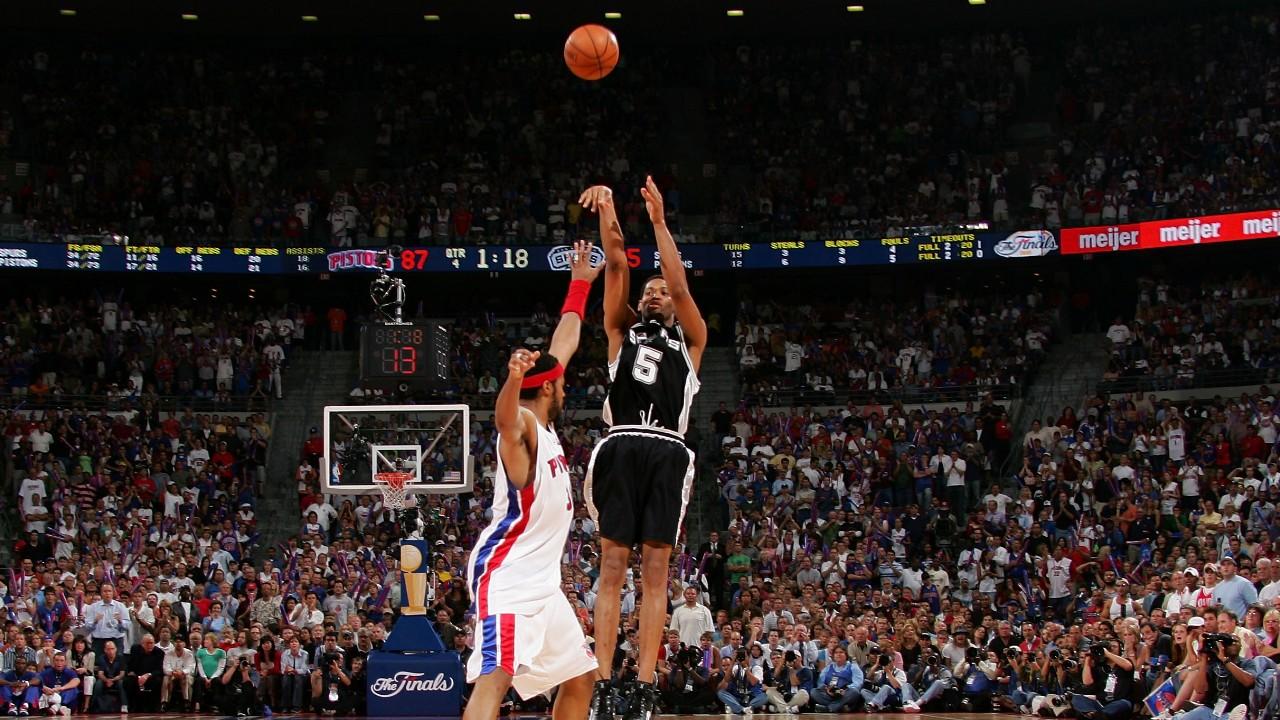 After Alabama and Auburn took to the court this afternoon in St. Louis, we decided to look at the players that helped build these programs up to be where they are today. 26 Alabama players and 18 Auburn players have moved on to play in the NBA or ABA – but who among them is the absolute best and most notable?

I’ll be honest, this wasn’t the slam dunk that most think it is. Charles has obviously turned his basketball career into a great broadcasting career, but there are certain things that made me hesitate putting him here – namely never winning a championship. However, the verbiage Tim used was “most notable” players, and of course Sir Charles is most notable with his overall on-court career, his Team USA appearances, plus his broadcasting career and of course – his Space Jam appearance.

Even though he didn’t win a championship, he played in 1073 games, just a few behind Robert Horry, and averaged the most points per game, rebounds per game and fifth most assists per game of anyone on the list. Only Latrell Sprewell averaged more minutes played.

How many times in arguments between whether or not LeBron James or Michael Jordan are the greatest basketball players of all time, do people bring up the amount of titles each has? I think it’s a somewhat valid argument, even though it’s not the only argument to make. If you want to compare the rings on the fingers of players in this state, look no further than Robert Horry who has SEVEN NBA championships. Just saying – I know Horry won two titles with the Rockets mostly because Jordan was playing for the Barons, then Charles Barkley comes in to Houston the minute Horry is traded away and never wins a title, but Horry still won two titles with the same team.

Horry played 1107 games, the most of anyone that could make this list. He earned the nickname Big Shot Rob for a reason, and is considered one of the greatest clutch performers and winners in NBA history. He’s one of only nine players to have won seven or more championships in the NBA and the only one who did not play on the Celtics in the 60’s.

At the time of his retirement, he was the all-time leader in playoff games played with 244 games through the 2008 playoffs, passing Kareem Abdul-Jabbar. He has since been passed by Tim Duncan and Derek Fisher. He was also the first player to ever accumulate 100 steals, 100 blocked shots and 100 threes in one season.

McDyess enjoyed a 16-year career in the league, one of the longest of any player from the state. He was the #2 pick in the 1995 NBA Draft by the LA Clippers, even though he was traded to the Nuggets before the season began and never played a second for the Clippers in his career.

He was an all-star in the NBA in 2001, All-NBA in 1999 and played for five teams in his career. He did play in the finals in 2005 for the Pistons where they lost 4-3 to the Spurs. He played 1015 games in his career, which ranks third of all Alabama/Auburn players. He also had the second most rebounds per game, behind Charles Barkley.

Although McDyess never won an NBA championship, he did win a gold medal playing for the Olympic team in 2000. He was the only other player that I know of to win a gold medal outside of Charles Barkley who played on the dream team.

Some might think he belongs higher, but you have to take his latest issues into account since that was still involved in the game of basketball. If we’re going to praise Charles Barkley for his off the court accomplishments, we have to look at Chuck Person’s issues, which I would still consider on the court.

Still, Chuck played 14 years in the league and coached for 13 more. He won a title as an assistant in 2010 with the Lakers, the last of Kobe’s career.

This was a tough choice between Gerald Wallace and Mo Williams. Mo Williams actually had a pretty solid career, even though it ended kind of rough in the last year or so when he was traded from Cleveland to Atlanta, then shipped to Denver a few days later and waived, then claimed of waivers and immediately waived by Philly, then claimed off waivers AGAIN by the Nuggets and waived again – all so these teams could get closer to the salary floor.

Assuming Mo Williams is done, he will have played 12 years and Gerald Wallace played 14. Mo Williams won a title in 2016 with the Cavs and Wallace never did win one, but I’d probably go overall with Gerald Wallace. Wallace played for five teams in his career. He played high school basketball at Childersburg, so he’s a local guy through and through. Wallace was a first round pick (#25) while Mo Williams was a second round pick (#47).

I also considered Latrell Sprewell here, but there are a lot of negatives about Sprewell after the choking incident when he went after PJ Carlesimo and how he said a $21 million, three year contract from the Timberwolves wouldn’t be enough to feed his children. He also made headlines after crashing his million-dollar yacht and he can’t even see his kids anymore. He had a long, 13 year career in the league averaging 18.3 points per game and playing over 900 games, but I just couldn’t bring myself to put him here.

Wallace’s local ties are what really draw me to him more than anyone else I could have put in this spot. He was not only Mr. Basketball in this state, but also won the Naismith Prep Player of the Year award, an award that was won by Michael Porter Jr, Lonzo Ball, Ben Simmons, Kevin Love, Dwight Howard, LeBron James, Kobe Bryant, Shane Battier and other major names.