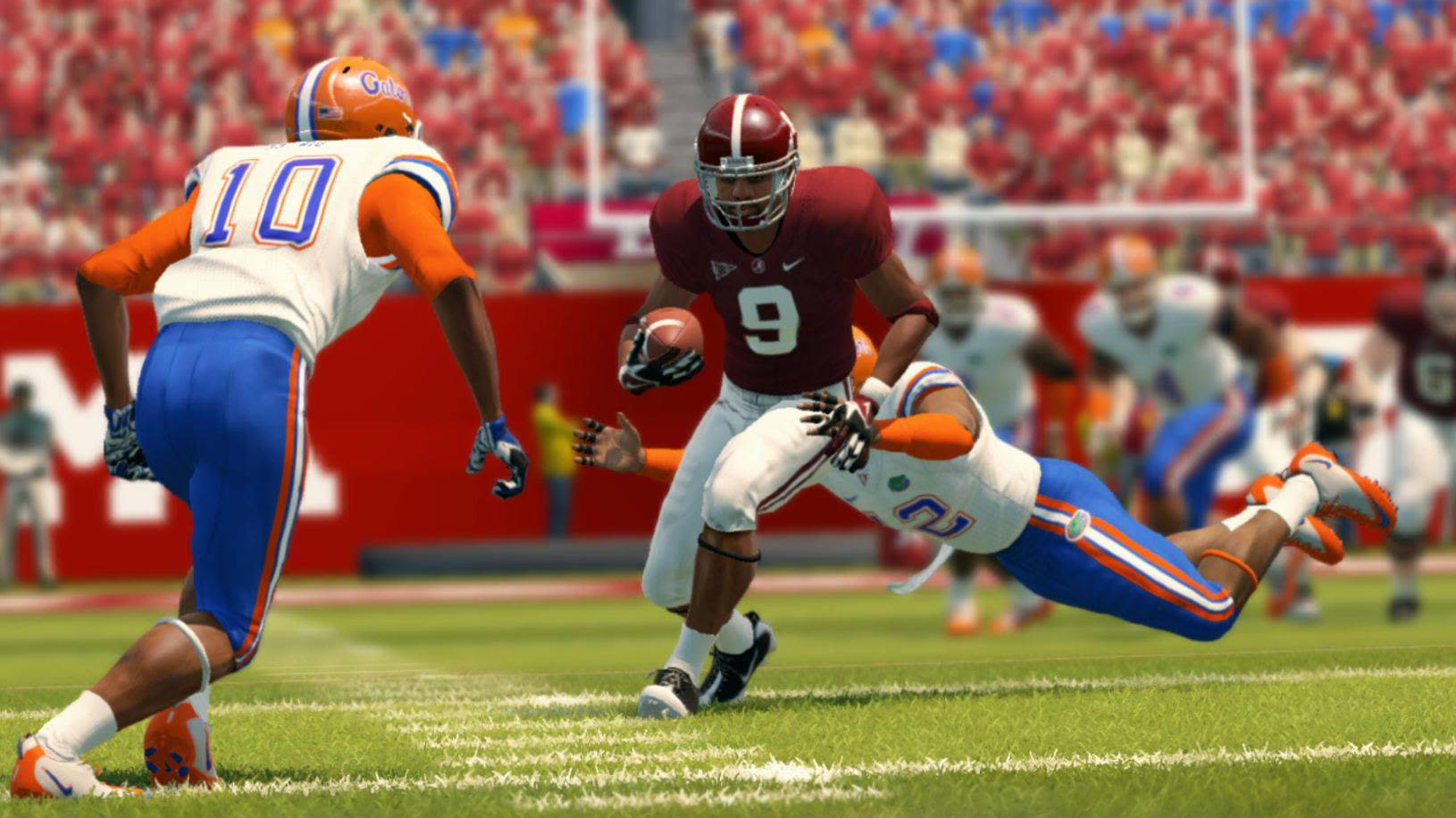 After going to see Ready Player One last night and seeing all of the crazy video game references, we decided to make video games a part of our show tonight. But since we’re a sports show, we decided to focus on the greatest sports video game franchises. This list will be divisive because I’ve left off arguably the biggest franchises around today.

Gran Turismo is a series that not a lot of people think about when it comes to sports games, and if you have never owned a Playstation, then you probably never played it because it is a Playstation exclusive series. Even though I’ve moved on to Xbox and PC almost exclusively now, one of the best games I’ve ever played was Gran Turismo 2. It taught me to so much about the automotive and racing world outside of what I saw with NASCAR as the only major racing league on TV and the NHRA through my dad.

At it’s release, GT2 featured one of the largest lists of new and historic cars ever at almost 650 cars from 36 manufacturers. It also included 27 tracks, many of which were real tracks that I could learn about as well. It came out in 1999 and I think would still hold up today. Of course there have been plenty of other racing games to come out, and I’ll be honest, I haven’t even played the last couple since I haven’t even had a Playstation in the last five years. Still, GT2 was one of my favorite games ever, and GT is considered one of the best racing series ever and it’s the highest selling video game franchise ever under the Playstation brand.

Another cool thing that Gran Turismo did is create the GT Academy, a driver discovery and development program in partnership with Sony and Nissan. While many better racing simulators have come out in the recent years that are much better for learning how to race in real life by playing a video game, GT was one of the first to actually offer up a legitimate way to transition from game to track.

The NCAA Football series is going to make the list for anyone in the south, especially here in Alabama. I can remember when the cover had Mark Ingram on it and the line was out the door all day for it when it came out. I’ve never seen that for a sports game here.

The reason 2003 stands out to me is that it was the first Xbox version and I actually got it bundled with my Xbox along with 007 Nightfire. 144 different schools were put in the game to make it where you could play with more than ever before, plus over 200 licensed fight songs so you could hear the iconic tunes you are used to hearing on college football Saturdays. Dynasty mode got a big upgrade, and they added real trophies and awards to the game such as the Heisman, bowl trophies and rivalry trophies. It also featured the “Create-A-School” mode again after it had been taken out of the game, but this was on a next-gen (at the time) console so it seemed like it had so much more. Also, you could choose your favorite team and have their school colors, mascot, logos and fight song on the menu.

Overall, college football is what we love most here in Alabama and there isn’t even a remotely close second sport. So the video game where we get to play as our favorite players such as QB #13 and RB #21 (or as we would name them after the fact, Tua Tagovailoa and Kerryon Johnson if we still had a game to play) has to be near the top.

Also, a close second for my favorite entry would be Bill Walsh College Football, which is technically the first entry in this franchise. Bill Walsh was looked at as the John Madden of this series, but his endorsement only lasted two years before they changed it to College Football USA and then just NCAA Football. The best part was that EA Sports didn’t acquire the licensing for many schools, and just had the school cities as their names instead. You could play with such great teams as College Station (Texas A&M), Provo (BYU), Pullman (Washington State), South Bend (Notre Dame), Tallahassee (Florida State) and many more.

Bill Walsh College Football had some of the best sports gameplay of any game to that point back in 1993.

Sure, I’m a big NHL fan. However, the crown jewel of NHL to me is the EASHL. It’s a system that allows you to create your own franchise online, bring on all of your buddies and play every single position on the ice throughout the game with no computer assistance. It’s one of the best team modes I have ever seen in any sports game. FIFA utilizes a similar mode and other games do as well, but the EASHL does it best in my opinion. My final years of college were spent playing EASHL games with my friends every single night. We would try so hard to get to Elite status and then win the playoffs after each season (one month = one season).

NHL games have all of the same features as any other EA Sports game, and that has always been true. NHL 11 was the best for me because that’s when I really got into playing it, and it was the smoothest and fastest the game has ever played. Hockey is a fast game, and some of the recent entries have seemed kind of sluggish. You also had everything unlocked from the start in EASHL in older titles, where as now you have to work your way up from playing in a practice facility to playing in real arenas.

To see how much fun I had in NHL 11, just watch below (Language warning):

These games were amazing back on the Playstation and Playstation 2. Lately, they have lost some of their luster with the latest one coming out in 2015 to pretty bad reviews. Still, the originals had such an opportunity to pull off amazing tricks and combos that were never before possible in games due to the lack of 3D in early games. THPS2 was the best to me, but the original and THPS3 were pretty good also. According to Metacritic, it’s the second highest rated game of all time, tied with Soulcalibur and Grand Theft Auto IV and only behind The Legend of Zelda: Ocarina of Time.

THPS2 featured “Create-A-Skater” for the first time along with a park editor, which became staples in this series and other extreme sports titles. Sports games were limited to racing and the major sports such as the big four. This really helped put extreme sports on the map and give more people a new appreciation for them. It was also a fun sandbox game as in you can just pick a map and go to town for as long as you want and come up with the craziest combos to hit.

Also, not that Tony Hawk needed any help, but this put his name in front of so many more people who now immediately go to him when asked to name any skateboarder.

NBA Jam was one of the greatest games of our lifetime. If it came out now, no one would ever play it or care about, but back in the early 90’s when it came out in arcades and on consoles, it was amazing and paved the way for some unique games moving forward. It was only 2-on-2 basketball, but it was one of the first ever sports games to feature NBA-licensed teams and players.

Phrases like “He’s heating up”, “He’s on fire”, and “Boomshakalaka!” are identified as coming from NBA Jam. On top of all of the major NBA names, you could also play as so many hidden characters such as Bill and Hillary Clinton, Al Gore, George Clinton, Prince Charles, Fresh Prince, most of the games development team, Benny the Bull, Frank Thomas, John Elway, and the arcade version even had Mortal Kombat characters in it.

FIFA – Not a big soccer fan, but I do appreciate FIFA and enjoy FIFA Ultimate Team.

Madden – I chose NCAA Football over Madden because…we’re in Alabama. I still play Madden from time to time, but it’s lost it’s luster for me.

NBA 2k – I’m dreadful at NBA 2k, but I respect the customization it has in it.

PGA Tour Series – It’s no longer Tiger Wood’s series but these games have been solid over the years.