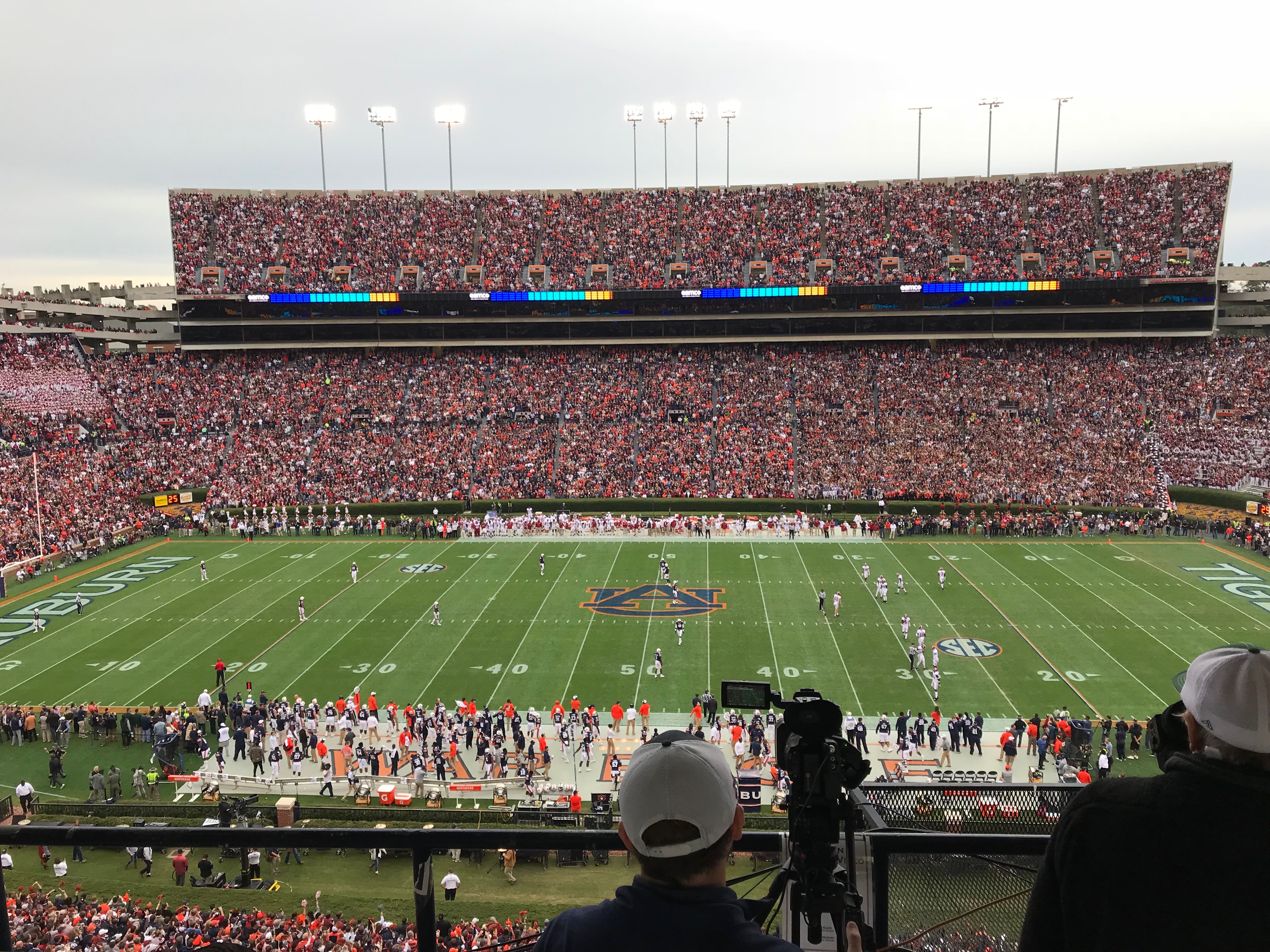 Opening Day is tomorrow in Major League Baseball and the Final Four is this weekend. The Masters follows next weekend.

It’s hard to pick single days, but I will include single days along with weekends when things may be spread out a little and give you the five best days of the year to be a sports fan in the south.

The final week of the college football regular season

It’s not a single day since they spread the games out over a the weekend, but the biggest games are on Saturday including the Iron Bowl between Alabama and Auburn. You’ve also got:

And that’s just to name a few of the big ones that take place that weekend. It lost a little of it’s luster with games like Bedlam (Oklahoma vs. Oklahoma State) being moved to avoid a potential Big 12 title game rematch and games like the Battle for the Golden Boot (Arkansas vs. LSU) even though Texas A&M vs. LSU is still pretty good, but it’s still a huge weekend.

I had to say the whole weekend and not just Saturday when easily the two biggest games are played (Iron Bowl, The Game).

The single biggest game of the year every year

Not only have we had some great games lately, but there is just so much that goes into the Super Bowl that it’s a day worth remembering each year. The Super Bowl parties, the commercials, the halftime show, the game itself, the Puppy Bowl – so much happens on this day.

It’s almost like the New Year’s Eve of the sports calendar. When the Super Bowl ends, we all are sad about how the football season has ended. It basically starts the cycle over again where we get our NBA/NHL appetizer, followed by Major League Baseball, and then we’re into the main course with football. We’ve had conversations about the day after being a day we should get off from work. It’s the biggest cultural convergence event in sports. It’s a game that anyone will watch, not just football fans.

Around 10 major bowl games including the CFP, the Winter Classic, final week of the NFL regular season (some years)

Plus other games that may work their way into the schedule depending on ESPN and the teams involved.

It’s also the final weekend of the regular season in the NFL if the dates fall on a Sunday. The problem is that some teams sit their players, but others are fighting hard for a playoff spot. You also have teams games not taking place late, which was a problem I had. I know you might not want to have a game go late in prime time that could interfere with the ball dropping, but at least start at like 6.

There is also no Monday or Thursday night football – every single team is playing and every single game is played on Sunday. It’s an NFL Sunday Ticket subscriber’s dream. It happened December 31 this past season and on January 1 in 2016. So it won’t happen again for a few years, but I would still include it here.

If you’re an NHL fan, the Winter Classic always takes place on New Year’s Day as well. It’s always fun to watch a hockey game outdoors…until the sun starts glaring off the ice, then it’s a nightmare.

4. First Thursday of the NCAA Tournament

Even though they are supposed to be equal days, the Thursday of the first round is so much bigger than the Friday. Your bracket is either completely busted that day or you win 15-16 games and are losing your mind thinking this could be your year (but trust me, it’s never your year).

You could obviously just say the first weekend of March Madness as a whole, but I do think the hype is more on Thursday than any of the other six days from the First Four through Sunday. If you were to compare Thursday and Friday this year, they are fairly comparable except that the UMBC win came on Friday, and that was worth more than anything else that happened in the first day, or really even the tournament.

Plus, on Thursday, we’re all sneaking looks at work and trying to get away with it. On Friday…it’s Friday, so who cares. It’s not as fun and mischievous on the second day.

5. Opening Day, followed by the last weekend of March

The reason I have this lower is because I feel like Major League Baseball isn’t a huge deal in the south, and the teams in the Final Four rarely represent teams in the south, outside of some ACC schools that could potentially make it. This year, none of the teams are remotely close to the south.

This season, Opening Day is tomorrow (Thursday, March 29) and the Final Four is on Saturday with the championship on Monday. Opening Day does start a shift in many aspects of life – the temperature starts to warm up, little leagues are taking the field and parents are being driven insane and most importantly, sports fans have a new sport to follow if their NBA or NHL team is already out of the playoff race at this point in the season.

If the Masters was actually going on this weekend also, then it would move up on the list, but all we have is the hype and build-up to the biggest event in golf, especially with CBS being the TV partner of both it and March Madness.

The second weekend in January – It’s Wild Card Sunday in the NFL on Saturday and Sunday and the college football national championship on Monday. However, the fewer amount of games made me leave it off.

NBA on Christmas – I wouldn’t even include this if they didn’t always try to make the match-ups important.

Labor Day Weekend – The opening weekend of college football is great, but it depends how many marquee match-ups there are, especially with teams around here. Are people really that pumped for Alabama vs. Louisville and Duke? Also, they spread a lot of the games out this weekend as well.