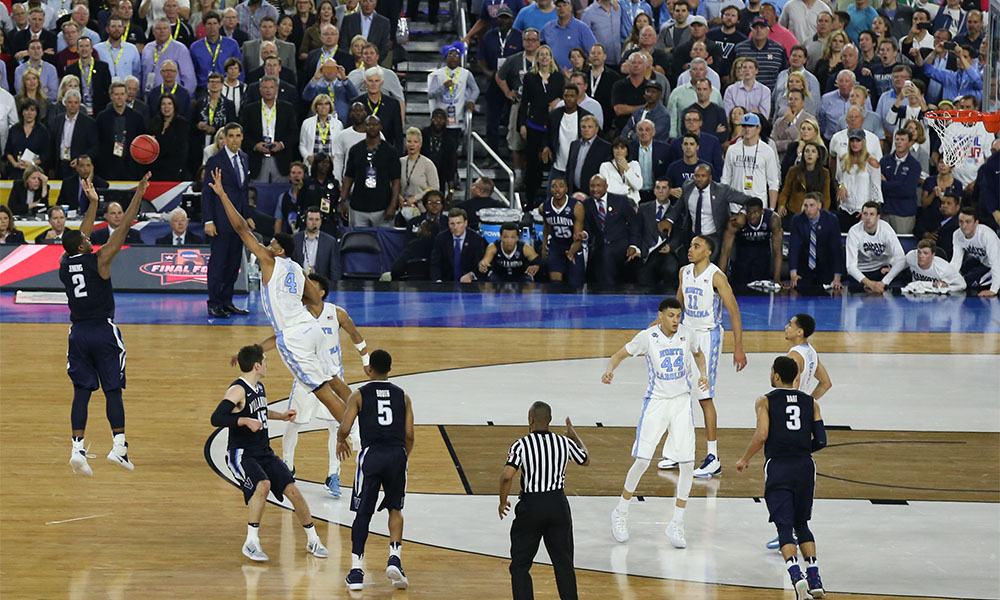 The Final Four is set!

With that, here what are the best story lines going into the final few games?

Clearly she is the one person we are all invested in when it comes to the NCAA Tournament. Her Loyola-Chicago Ramblers are on to the Final Four and it’s only the fourth time ever that a double digit seed has made it, and they have all been 11-seeds. George Mason, VCU and LSU are the only other ones to do it and none of those three has made it past the Final Four. Could this be the year?

I’m going with Michigan if I had to bet on it, but that doesn’t take away from what Loyola has done and the celebrity that Sister Jean has become.

Loyola does have a national title, however. They won back in 1963, when Sister Jean was still much older than I am now. They are technically undefeated in Final Four appearances, so we’ll see if that remains true this year.

2. Kansas not getting enough respect

This may seem strange since they are a 1-seed who is playing in the Final Four, but they have been looked at as the one top-seeded team who should have not made it to the Final Four, yet they are one of only two to make it out of the first weekend.

We weren’t alone when we said there was a chance they may lose to Penn. They struggled against Seton Hall, an 8-seed. They then beat Clemson and Duke, two of the ACC’s top teams, despite almost everyone I know having Duke and Michigan State moving on to the Final Four.

When the lines came out, Kansas was a bigger underdog to Villanova than Loyola was to Michigan. Loyola is an 11-seed, and yet they are considered closer to a 3-seed than a 1-seed is to a fellow 1-seed. As of putting this list together about 2 pm on Monday, March 26, the lines are even on average at (-5) for Michigan and Villanova.

Two of the four Naismith Award finalists are still alive. For those that don’t know, the Naismith Award is essentially college basketball’s Heisman Trophy. The two that remain – Devonte Graham (Kansas) and Jalen Brunson (Villanova). Now they get to face each other in the Final Four.

Strictly looking at numbers, it seems like Graham is a more well-rounded player, but Brunson is the more dynamic shooter. While Graham is Kansas’ leader, look out for Malik Newman to be a guy that can take over games as well. In the overtime period against Duke, Kansas scored 13 points to win, and all 13 came from Malik Newman. Graham was relatively quiet against Duke, with 11 points. Really, Graham has been fairly quiet all tournament long, while Newman has been the all-star. Graham did go off against Penn for 29 points, but he took 24 shots and had 9 free throw attempts. Other than that, Newman has been leader averaging 25.6 points per game while Graham has only averaged 11.6.

For Villanova, Brunson has been the go-to guy, but he did sit out a good portion of time against Alabama, so we didn’t get to see him but for half a game. Despite the Alabama game, Brunson has been the leading scorer in the other three games and looks to continue that trend against Kansas. If I had to pick one guy, I’d go with Brunson.

Also, I think this says something about players staying more than one year in college. Graham is a senior and Brunson is a junior and they are both still playing and up for college basketball’s biggest honor.

4. Michigan and Loyola have had to have magic multiple times to get this far – who loses out?

Michigan had to hit a buzzer beater to beat Houston, and barely hung on against Florida State. Loyola beat Miami, Tennessee and Nevada by a total of 4 points. They both had their big wins as well as Loyla dominated Kansas State by 16 and Michigan beat Texas A&M by 27.

5. Can Villanova hang in a close game?

Villanova has had a cakewalk to the Final Four. Not necessarily in terms of the quality of teams they played, but in the fact that they have won every game by at least 12 points with an average margin of victory of over 18 points. Meanwhile, Kansas has played tight game after tight game. They beat their last three opponents all by 4 points, and only beat their 16-seed by 16 after struggling early on.

Kansas showed a lot in their win over Duke. They now get almost a full week of rest, which in some ways could help or hurt them. But Villanova has been fully in control so far this tournament. They have never faced a crazy upset either. Technically playing 9-seed Alabama was an upset by one seed. Same with 5-seed West Virginia and 3-seed Texas Tech. You could argue it was slightly easier than Kansas’ road, and of course Nova had it way harder than anyone in the South or West.

But if Kansas brings their A-game, they can compete with Villanova. When it comes down to it, can Nova hang in there or are they too complacent?