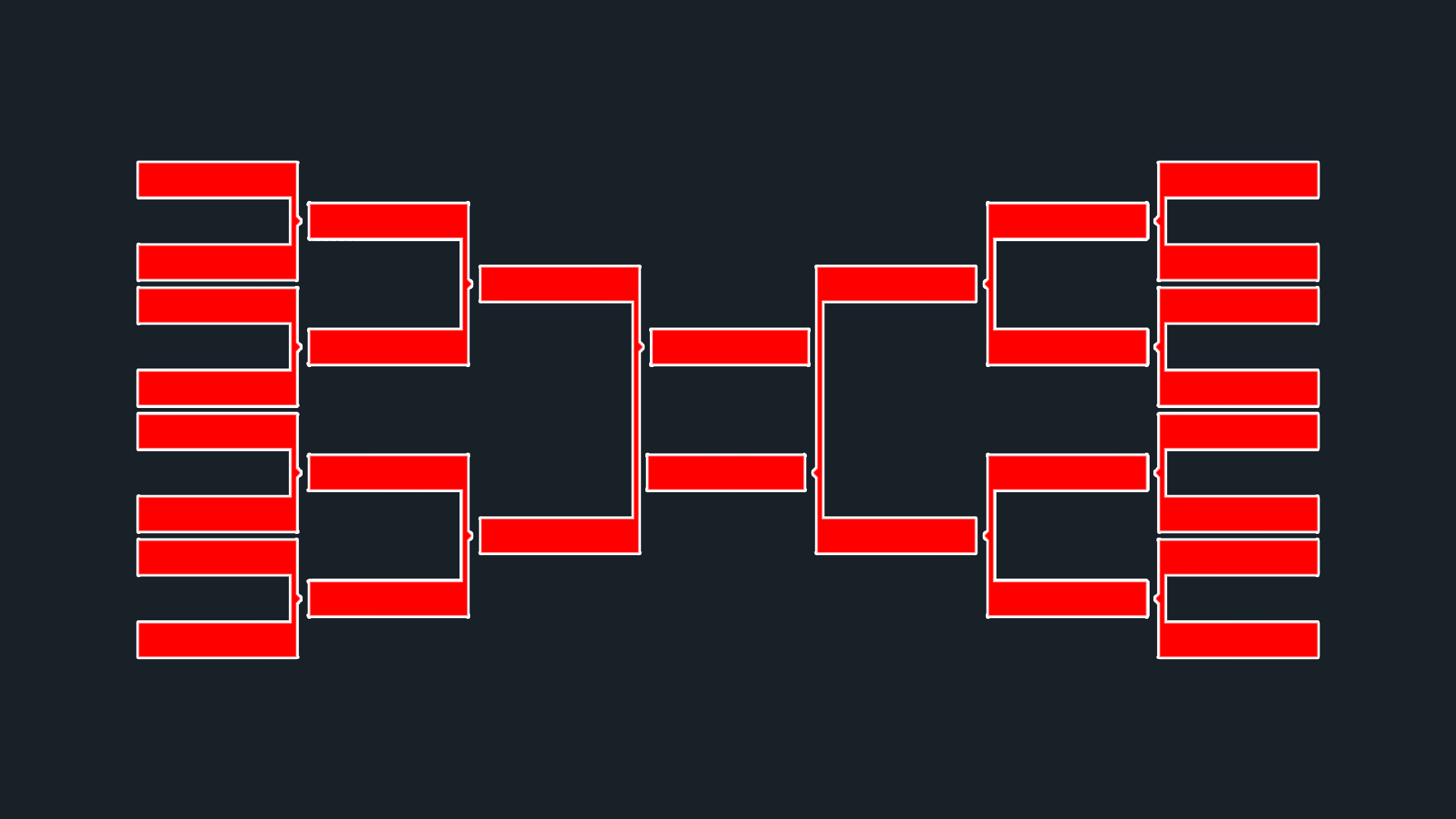 March Madness…a time I love to call March Sadness because the minute I miss that first game on Thursday (and it always happens at some point on Thursday), I get sad immediately knowing I won’t win whatever car or house or million dollar prize I’ve signed up for on the various different bracket pick’em sites.

Still, I love this time of year because we get four straight days of nothing but insane basketball games. It’s even better this year now that the SEC is good at basketball and both Alabama and Auburn have made the tournament.

For those interested in my full bracket, here it is: 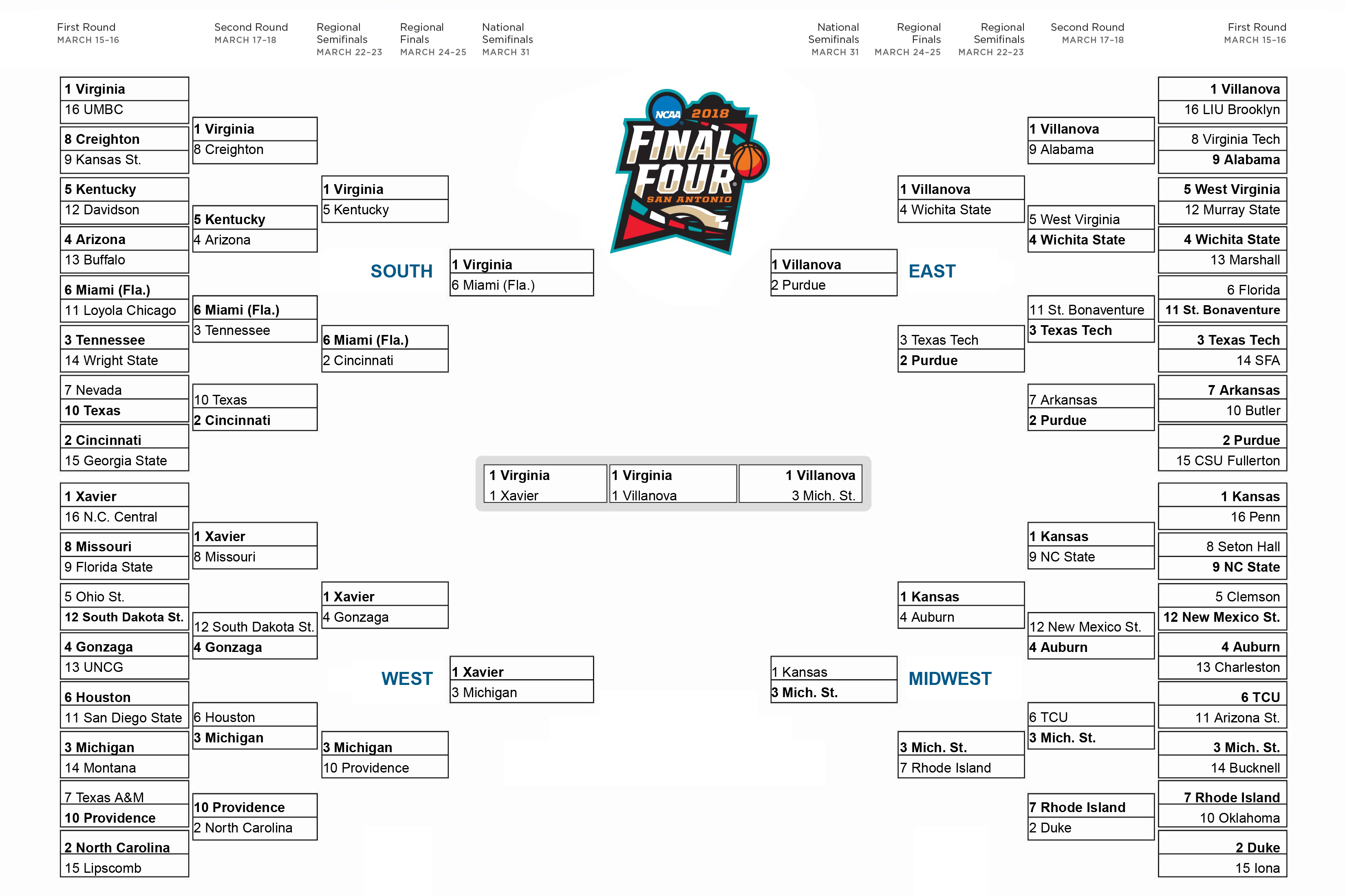 Below are the five upsets I’m most confident in, ranked 1-5, along with some honorable mentions. When these inevitably don’t hit, and five other ones do, here is a look at my bracket then:

Texas A&M should be better than they are. They have not only the two most dominant big men in the SEC, but perhaps two of the more dominant big men in the country. However, watching them against SEC teams this year, especially Alabama, they didn’t live up to the hype. Alabama beat them twice and although they were the only team to beat Auburn in Auburn Arena, arguably Auburn’s best player was injured early in that game.

Texas A&M made an early exit in the SEC tournament thanks to Alabama, and Providence not only ran through the Big East tournament, but they did so with three overtime games. So the Friars will be tired after a crazy tournament. Still, the big guys haven’t been enough to save A&M this season. They went on major droughts at times this season and their only notable wins are Auburn, Kentucky (split) and West Virginia and USC early in the season.

A&M’s frontcourt is outstanding, but their backcourt isn’t strong enough to hang with a high powered team from the Big East. I like Providence to not only win this game, but potentially upset UNC as well.

It’s not unheard of for a team from the first four to win a game in the actual bracket. I think this is one where it could happen. Who would have thought that UCLA would be playing in the first four. A blue blood that has fallen so far.

Florida is arguably the most inconsistent team in the country. Alabama and Florida are both competing for that role, and both teams got smoked by the other…at home! Florida turned things up at the end of the season with three big wins over tournament teams Auburn, Alabama and Kentucky, but AU/UK were at home. They then made an early exit after only one game against Arkansas.

UCLA did have some good wins, beating Kentucky, Arizona, USC, and others. The Pac-12 was just so down overall that UCLA fell this far when they only went 11-7 in conference play.

St. Bonaventure went 25-7, finishing only 1 game behind Rhode Island who was one of the better teams all season. The A10 is a legit conference, with Davidson, Saint Joseph’s, VCU, George Mason, Dayton, Richmond – all teams we’ve seen plenty in the NCAA tournament. I think the Bonnies are well-tested and turned it up toward the end of the season, going on a 13-game winning streak before falling in the A10 championship to Davidson, former home of Stephen Curry.

For the record, I think St. Bonaventure wins the play-in game, but I think no matter who wins – they beat Florida.

I guess this still counts as an upset because it will be a 10 over a 7, but Texas is actually favored in this game. It’s being played in Nashville, so Nevada has a little farther to travel.

Nevada is playing with a thin roster, especially with the loss of point guard Lindsey Drew. They do have a few good forwards who can get the job done, but not against a team with a dominant big like Mo Bamba. After watching Bamba play in person this year, he is a game changer. He’s going to be a lottery pick this season and for good reason. Texas doesn’t have the skill to make any kind of run, but they should be able to take care of Nevada. Plus, Nevada didn’t perform well against the Big 12 this year, losing to both Texas Tech and TCU – teams that Texas beat at some point this season.

As much as we would all love to see Clemson and Auburn meet up yet again, only this time in basketball, I have to go with New Mexico State here. Their lack of big game experience is concerning, not playing a single top 25 team this year, but still did beat a team like Miami.

Clemson has struggled since losing Donte Grantham in January, only going 6-5. New Mexico State’s Jemerrio Jones is averaging a double-double with 13.2 rebounds per game! Oh, and he’s also the teams leading assist man as well. Zach Lofton is averaging almost 20 points per game and all of the big minute getters are shooting very well on the season.

I’m not buying into Clemson and this is one of two 5-12 upsets I have this season. New Mexico State should be higher seeded, but they play in a dreadful conference.

I have two 9’s over 8’s but I went with this one since it’s a local match-up. Alabama ranks 16 spots higher in the RPI, yet is 24 spots lower in the BPI. I’ll always trust the RPI over the BPI.

The big question for me is whether or not Donta Hall is back. If he’s not, then Alabama could struggle. As much as Collin Sexton is a do-it-all guy, Alabama still needs a force inside. Virginia Tech is good at getting high-efficiency looks inside. They also had some big wins this season over Virginia, North Carolina, Clemson and Duke. However, they did lose to Kentucky by 7 if you want to use that as a comparison, and went out in the first round of the ACC tournament to Notre Dame, who just missed making the tournament.

Alabama is capable of winning and even moving on to beat Villanova. They are also capable of losing this game by 20. It’s such an unknown, but I’m going with Bama to win in what is a slight upset.