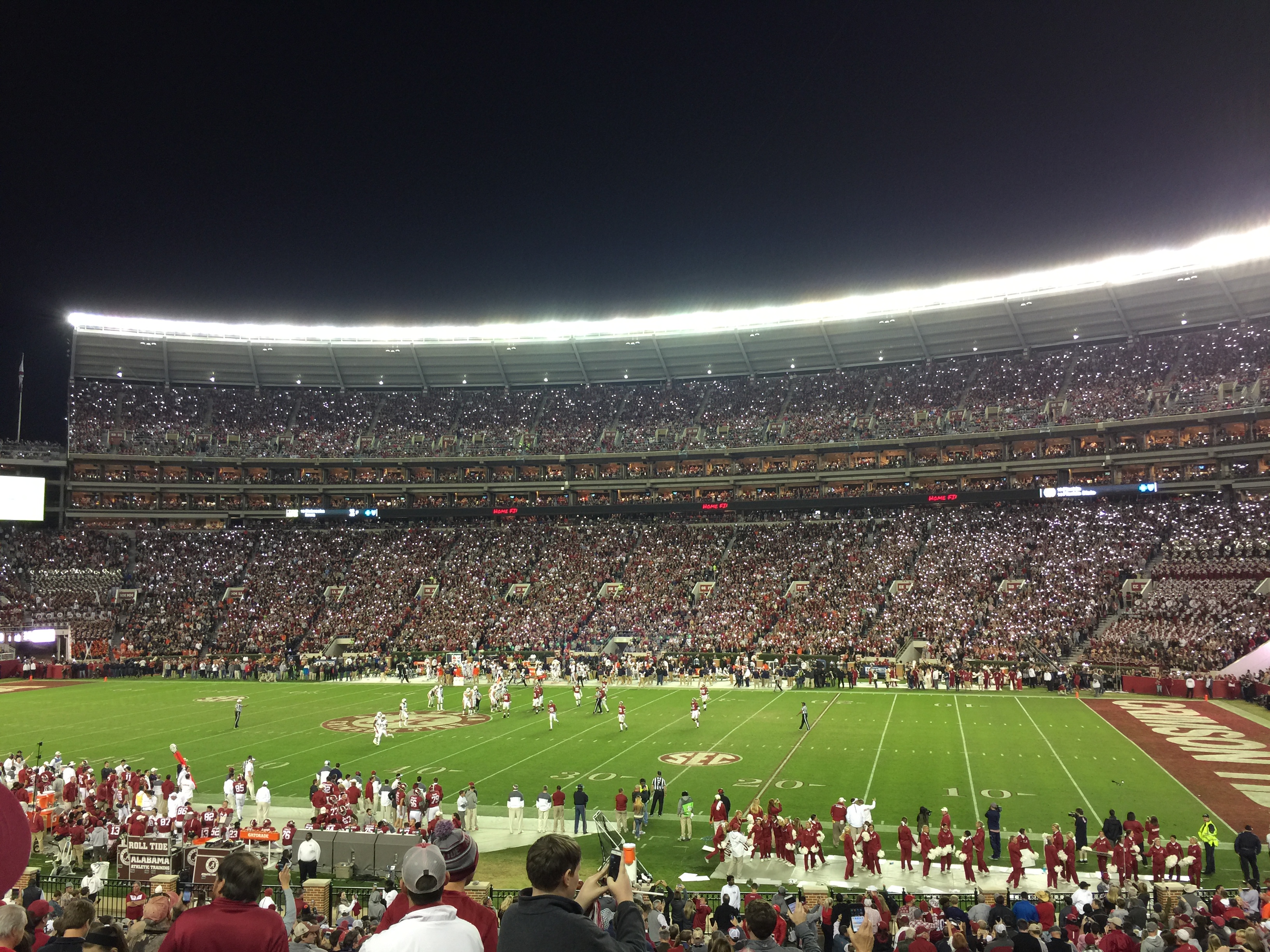 We decided to switch it up a little bit and get away from basketball and look at spring football for Alabama. We’ll take a look at all of the schools throughout the SEC but we’ll start at the top with the national champs and take a look at the top headlines as we head into spring practice for the Tide.

This is really the only position that most of the country cares about paying attention to in the offseason. Is it Jalen? Is it Tua? What about recent transfer Gardner Minshew from East Carolina? While we won’t be able to watch Minshew at spring practice (he is enrolling in May), we will be able to see the battle between two-year starter Jalen Hurts and national championship savior Tua Tagovailoa.

Even though it seems like Tua should be the guy for his late game heroics against Georgia in the national champion, Jalen started every game but one over the last two years and was clearly the leader on this team, making it happen with his legs, and occasionally with his arm. However, the fan base wants way more from his passing game and Tua provides that spark.

Not only will there be a major battle this spring, but depending on who comes out on top, there is a chance the other graduates, which is where Minshew comes in. However, Alabama fans will have to take him on his stats last year at ECU where he played in 10 games, starting five and throwing for 2,140 yards with 16 touchdowns and seven interceptions. He was set to be the starter this year, but he graduated and decided to go to Alabama instead, so he will be available right away and provides some good depth at the QB position.

If Tua wins the job and Jalen is indeed the back-up, what decision does he make? It seems like he has three options: A) Be the back-up QB, ready to go at any moment, B) switch positions and see if he can help the team in another way, or C) transfer. Alabama fans want anything but option C.

2. How will the secondary look after five key players leave?

Alabama’s defense has been known for reloading year after year since Saban took over back in 2007. They will have to reload their secondary as they lose so many key players to the NFL and graduation such as Hootie Jones, Anthony Averett, Tony Brown, Minkah Fitzpatrick, Ronnie Harrison and Levi Wallace.

The key player to watch throughout the spring will be Deionte Thompson, who got some valuable minutes late in the year. He’s going to be a redshirt junior this year and has played a decent amount, despite not being a starter on defense until the playoffs. However, the fact that he did start in the playoffs and they won both games against good offenses shows that he will be a good player on this defense.

Xavier McKinney was a phenomenal safety to watch in high school at Roswell over in Georgia and was a highly touted recruit who will have to step up this year along with Shy Carter who backed up Tony Brown the last couple of years. Also keep an eye on JUCO transfer Saivion Smith as well who has some experience and Kyriq McDonald who was redshirted after a great high school career at James Clemens. Most probably remember McDonald from fainting during the championship game, but he’s a good player too.

3. The linebackers are back!

The one complaint all year long last year was how bare Alabama was at the linebacker position. While players like Rashaan Evans and Shaun Dion Hamilton are gone, Mack Wilson will be back to lead this defense along with fellow injured linebackers Terrell Lewis, Christian Miller and Anfernee Jennings who were all hurt as well. Expect more from Dylan Moses who had a big hand in special teams last year plus some playing time in place of the injured players.

One player I’m looking forward to watching is Markail Benton, who was redshirted last year. He was one of the top recruits in the state last year from Central-Phenix City, and I thought was the best linebacker in the state. He is one of 10 players who were redshirted, but the only linebacker. I look for him to get quality back-up reps and work his way up eventually.

4. Can Alabama find a kicker?

Alabama’s place kicking has been awful lately, but Andy Pappanastos is gone. However, so is JK Scott. Joseph Bulovas was brought in last year to save the day kicking, but didn’t take over the role. He’ll most likely move into that position now. Skyler DeLong signed in December and was one of the top five punter recruits in the country last year. He’s got a lot to live up to with taking over the position that JK Scott dominated in for four straight years.

5. Who will be the starting five on the offensive line?

This might not be as intriguing of a story line to most people like it is me, but the lineman I was most impressed with in their 2017 signing class was Alex Leatherwood. We didn’t get to see much of him until the national championship game when he came in for arguably the best player on the line in Jonah Williams, and absolutely slayed it. It’s tough to bench Leatherwood because Williams still has at least one more year left, but you don’t want to bench either one of them really.

So in comes a potential position change. I’ve heard that Jonah Williams might could pull a Barrett Jones and switch to center. Bradley Bozeman is the only major player from this line that graduated. JC Hassenauer did as well, but his loss isn’t as impactful. Brandon Kennedy was the back-up, but broke his leg in practice last year and didn’t get to really show us anything. Since Leatherwood showed he can be a really solid player, would they potentially put him at left tackle and Jonah Williams at center? I think it also might depend on who the starting quarterback is, not only for play-style but because the blindside will be different for Jalen and Tua.

The right side of the line could have some changes as well. Matt Womack was the right tackle all season, but Jedrick Wills played some quality reps last year and could compete for a starting spot in his second year. Plus, could Deonte Brown compete with Lester Cotton for the right guard position?

We also can’t forget about names we didn’t even see last year, such as JUCO transfer Elliot Baker, Richie Petitbon, redshirt freshman Kendall Randolph who had a great career at Bob Jones and incoming freshmen Tommy Brown and Emil Ekiyor among others. This offensive line is loaded, but who will the best five be?

If I had to create the best offensive line on paper, it will be this:

We’ll see how they rotate them through the spring and then into fall as well. If Williams does move to center, then that could put him in a unique class with Barrett Jones as a player to have competed for three championships at three different positions.

– Who will emerge as the #2 rusher behind Damien Harris? I think most would still agree Bo Scarbrough was second, but Najee Harris led in rushing in the title game plus Josh Jacobs has been solid when healthy and Brian Robinson had some great reps last season as well, averaging 6.9 yards per carry.

– Which receiver will emerge as the new Calvin Ridley? Ridley was clearly the #1 receiver the last three years, but there is a super talented group in place now with multiple #1’s. You would go to Jerry Jeudy or Henry Ruggs III as the replacement for top receiver, but you can’t count out Devonta Smith. Jeudy had 14 catches for 264 yards, which was second most on the team, but Henry Ruggs averaged over 19 yards per catch and had touchdowns on six of his 12 receptions. Smith only had eight catches, but was on the receiving end of two huge touchdowns – one in the comeback win against Mississippi State, then of course the catch to win the national championship against Georgia. Xavian Marks provides depth and Chadarius Townsend is coming off his redshirt after being a great athlete at Tanner (although he was a QB there).