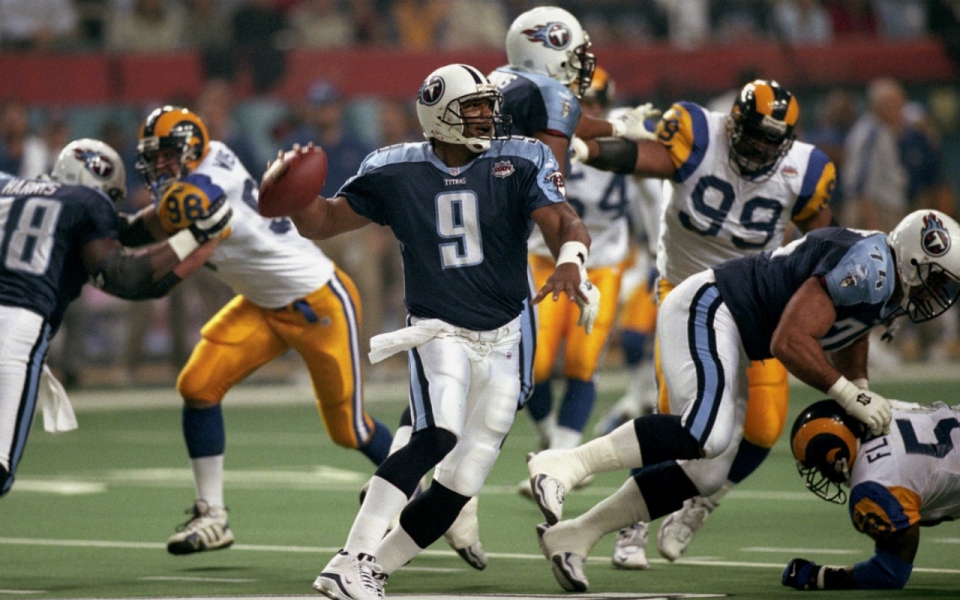 Thank goodness it’s Friday, and with that, we typically like to go with a little lighter of a topic for Lunce’s List.

Tonight, the topic that was asked by my co-host Tim was – who are the five pro athletes you would’ve loved to have met the most when you were a kid?

There are a lot of names I could go with here. It’s tough to narrow this down to only five, but I’ll give it my best try.

The Titans and Nashville Predators are the two teams I really get behind in professional sports. Neither of them existed as a “local team” until the late 90’s when I was moving out of “kid” territory and into “teenager” territory, but still, my number one pick is Steve McNair. Although I liked the Predators (and Thrashers), I didn’t really get into hockey until a few years after the franchises formed.

However, the Oilers picked up and moved to Nashville just as I was starting to play football. There were so many names from that team that I could really get behind and Steve McNair is at the top. Eddie George, Bruce Matthews, Derrick Mason, Frank Wycheck, Al Del Greco and even head coach Jeff Fisher. But it all started with Steve McNair, who was already an established name for a few years with the Oilers before they moved.

Steve McNair had the rare accomplishment of being a Heisman finalist, despite playing for a I-AA team (FCS by today’s terminology), even beating out Alabama’s own Jay Barker.

I loved watching him play as a kid and I hate the way the Titans treated him in the 2006 offseason when he got injured and ended up being traded to the Ravens. Then I also hated to see how everything happened surrounding his death and the affair he was having. Despite all of that, he was arguably my favorite player growing up and I would have loved to have met him.

This is probably at the top for a lot of people. I grew up on the Bulls in the 90’s and Jordan was the name everyone loved from that team. Of course, he had a stint here in Birmingham as well, but I never did actually meet him. Despite the fact it was a Birmingham team, I didn’t really care about his time with the Barons, but loved him with the Bulls, and I had a giant cardboard cutout of him in my room growing up and was a huge Bulls fan my entire childhood. I had Chicago Bulls jacket I wore everywhere and they were my favorite professional team period, in any sport, until the Titans came along.

I’ve met a lot of racers through all different types of racing, but one that I regret never being able to meet was Dale Earnhardt, Sr. I’ve met Dale Jr, had conversations with him and that is great, but all I can do is live vicariously through others when it comes to his dad.

My dad has been actively involved in racing for my entire life and he used to take me to Talladega as a kid. We would watch Dale Earnhardt, who was his favorite racer as the old school guy, and I could latch on to Jeff Gordon and then Dale Earnhardt Jr as the “young kids” in the sport. My dad and I could relate to the father and son out on the race track and we each had someone who represented us. Dale Earnhardt is arguably the greatest driver ever, with 76 wins, 428 top tens and is tied atop the list of championships with seven (with Jimmie Johnson and Richard Petty).

In little league, a lot of times your teams mimic the professional team names. So I played for the Braves one year, and nothing but, I was going to be just like Chipper Jones. I played third base and everything. Except, instead of a hall of fame baseball career, I don’t think I got a single hit all season. The best at-bat I ever had was when I got beaned in the head with the baseball and got a free base out of it.

Here is an expertly timed picture taken by my mom right after getting hit: 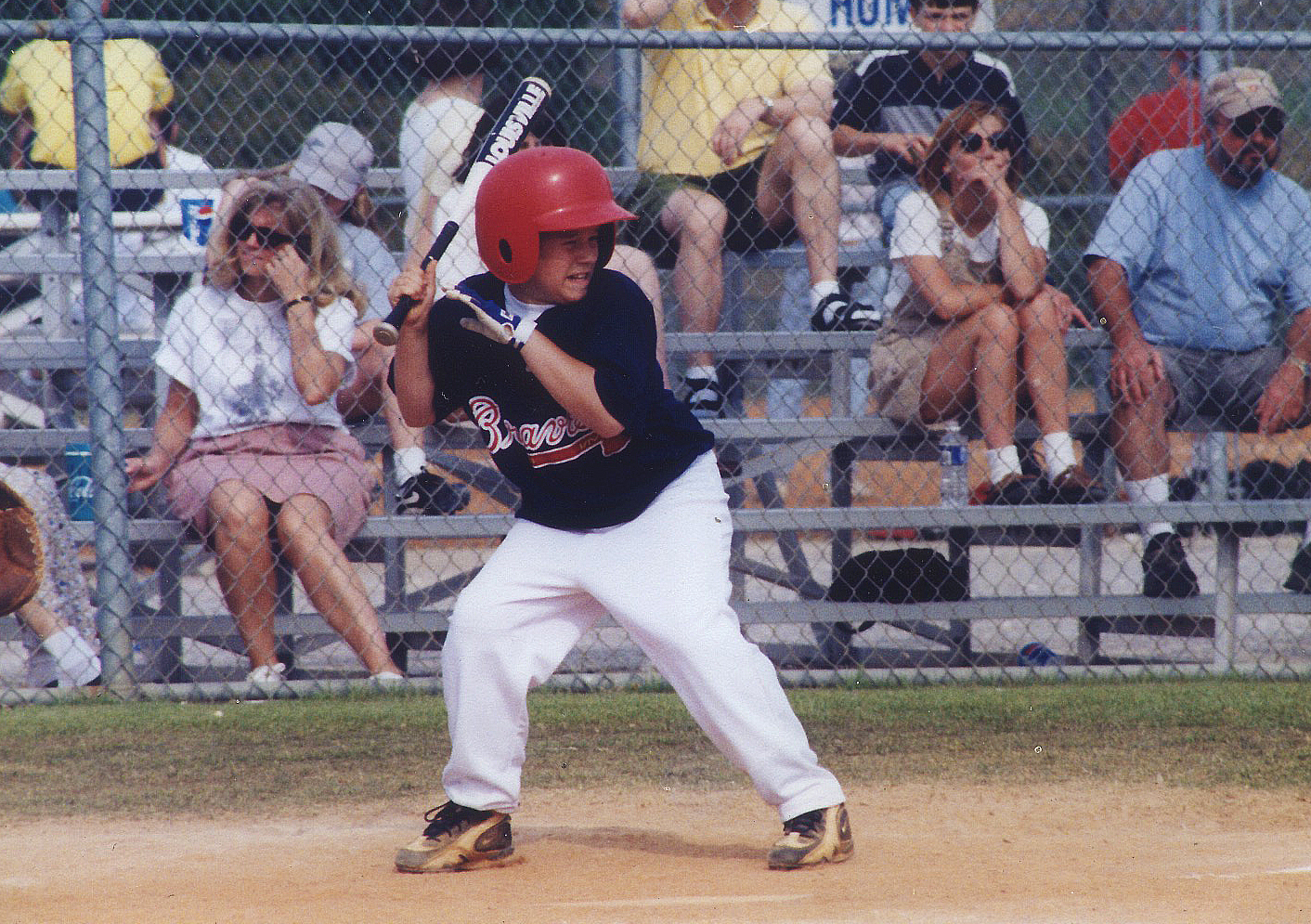 As I grew up, the most accessible major league team was the Braves, so I went to plenty of games at Fulton County Stadium, then later Turner Field. The whole time, Chipper Jones was the guy I was most into watching as a kid. A couple of honorable mentions of Braves players I enjoyed watching include Javy Lopez and Andruw Jones.

He turned pro in 1996, and won his first major in 1997, so I’d say I was still a kid then.The vast majority of his success happened during my middle school years. I did get to watch him play in person as he lost by one stroke to Angel Cabrera in the 2007 US Open at Oakmont. However, I would have loved to have met a young Tiger Woods as a kid.

Some that didn’t make the list because I have met them: