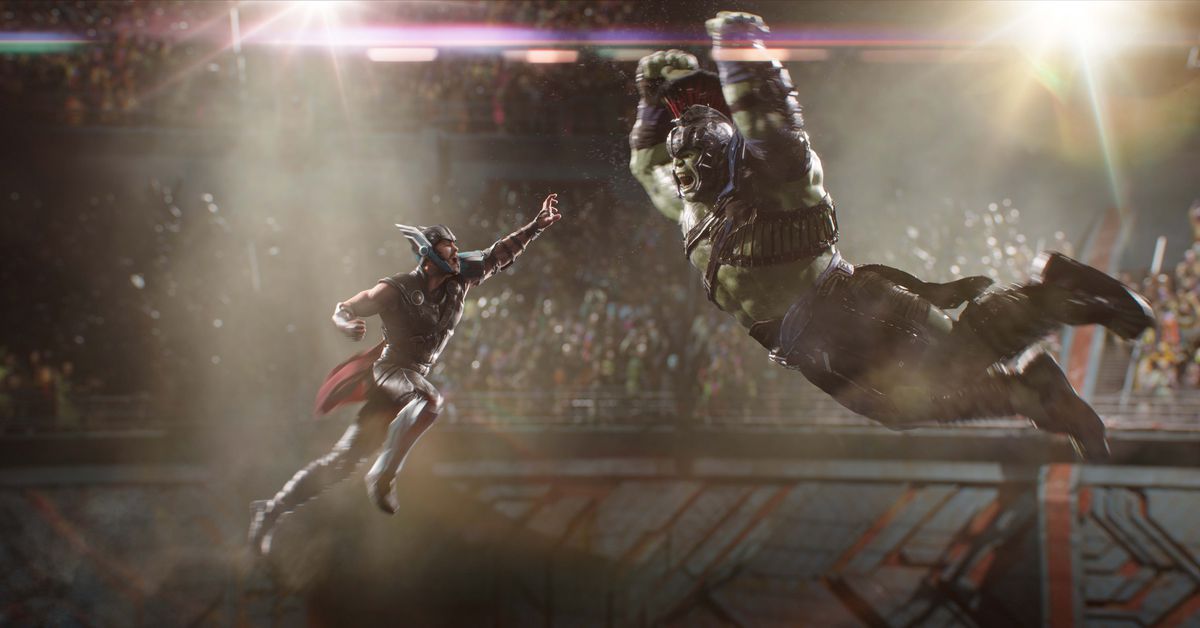 After seeing Black Panther on opening night, I was tasked with coming up with the best five Marvel Cinematic Universe movies. This doesn’t include anything else Marvel like X-Men (so no Logan) or anything else that is outside of the 18 MCU movies. Does Black Panther make the list?

Also, make sure to check out the Jox Entertainment Crew’s podcast review of Black Panther and follow us on Twitter @JoxCrew.

1 – Guardians of the Galaxy

No one knew what to think when this movie was added. It was a team of heroes from the start instead of building into it like The Avengers did. However, this was a great space opera with tons of humor and introduced us to a whole new way of making superhero movies which almost every movie since has taken note of. Bright colors, more humor, great music – all of these traits make Guardians the best MCU entry and may never be topped (but we’ll see what Infinity War has in store for us).

You also have to give a lot of credit to the actors in this one. Chris Pratt goes from the goofy, slightly chunky, Andy Dwyer to a buff superhero and does so perfectly. Bautista goes from in-ring performer for the WWE to actually not that bad of an actor. Zoe Saldana was already good in space movies after her role in Star Trek. Plus, a couple of good voice jobs by Vin Diesel (who is actually a really good voice actor) and Bradley Cooper. It’s also another great intro into an infinity stone and really for the first time does a good job of explaining why we should really care about them.

Taking a page out of the Guardians playbook, Thor changes from dark and weird in The Dark World to bright and funny in Ragnarok. The villain was enjoyable, which is rare in these movies, and the new characters really fit. I like Tessa Thompson and I hope she doesn’t get lost in the shuffle when everyone comes together soon. Loki is still the best villain in my opinion, so his presence and constant fight whether or not to be good or bad continues to make him a great character to follow.

I think part of the reason I have it so high is that while it was one of the most enjoyable films to watch of all the MCU movies and all movies in 2017, it is also such a 180 from the previous Thor movies, which is delightful to see.

3 – Guardians of the Galaxy, Volume 2

Everything that worked in the first one, continued to work here. Volume 2 used the same playbook from the first film, and that’s just fine. There are moments that are better than the first one, especially in the effects category, but at the end of the day, improving on the same old stuff doesn’t necessarily mean it’s better than the original. While this was still one of the better ones, it didn’t have that “wow” factor like the first did when it was a new concept. Plus, the first one was focused on an infinity stone, which is the basis for all of these movies in the long run, and this one was more focused giving Star-Lord cool powers so he could kick butt in Infinity War.

The one that really started it all. Sure, Iron Man was great, Thor and Captain America were alright, but The Avengers is what really set the MCU on the path it’s on right now, and a lot of that is thanks to director Joss Whedon. It’s the first real time we’ve seen superheroes from all walks of life come together and the movie capture it so well. X-Men came close, and the Fantastic Four failed miserably. Plus, it slayed at the box office and probably won’t ever be passed by a superhero movie (at least in this version of the MCU).

All the Avengers fighting each other? That’s what we came to see! I think this movie is made so much better because Batman vs. Superman was awful and Civil War did the whole “mommy and daddy are fighting” thing with our favorite superheroes much better. It is a great juggling act of including all of our favorite names, while also introducing a few new ones, but still sticking to the core story line for Captain America. This is essentially Avengers 2.5 and the introductions of Spider-Man and Black Panther made it all that much better.

You can check out my full review here. I did really like the movie, but it fell just short of my top 5 overall. The high points included Michael B. Jordan’s portrayal of Killmonger, the villain of the movie. But overall, I can’t justify putting it above the movies I listed 1-5.

But hey, the fun doesn’t have to stop there! Here are my overall rankings of all MCU movies after the top 6.

What do you think? Send me your personal top five MCU movies on Twitter @jlunce or @joxprimetime with the hashtag #LuncesList!