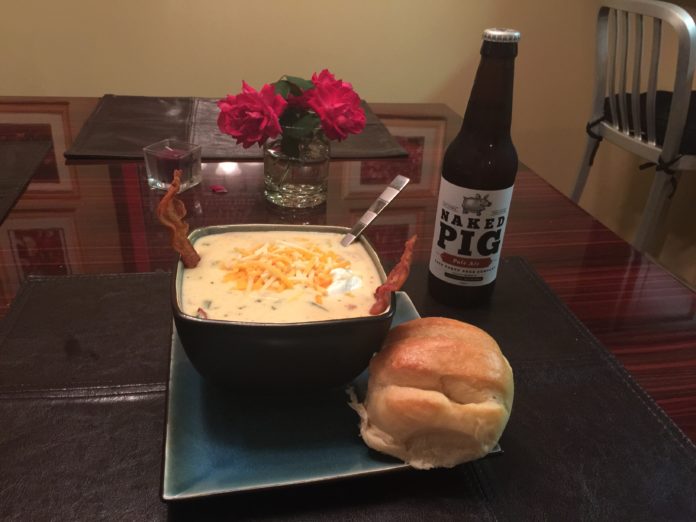 So my mom helped me go grocery shopping the day after I moved into my new house in order to fill up the refrigerator in my new house. Let me tell you about this refrigerator…

When it came time to close on the house, the one thing the owner didn’t want to leave was the refrigerator. It was a nice fridge, but I didn’t even really pay that much attention to it when we originally looked at the house. So when we were negotiating, the one thing that kept coming up was the fridge. I finally got them to leave it by me paying more closing costs. I wondered what the big deal was about it, and I looked it up online to find out it was a $3,000 LG refrigerator. So I decided that one of the first things I needed to do in my house was to fill it up.

$300 worth of groceries later, it’s still half empty.

I decided when I was looking at houses that one of the things I would begin doing was cooking more. My last apartment was on the 4th floor and I hated lugging stuff up the stairs, so I would rarely go grocery shopping solely because I didn’t want to carry all those bags up the stairs. Lazy, right?

Well now everything is on the same level again and can pull into my garage and be five feet from the kitchen.

So I bought stuff to make a few different recipes. One thing was tomato bisque that I made for my mom for Mother’s Day. I looked through tons of recipes online to find the one I thought would be best, and I made that along with “adult” grilled cheese (basically grilled cheese with sausage in it). Another was for potato soup that a colleague of mine, Richard Dixon, had made before that was outstanding. He gave the recipe out and I decided I’d try it with my own style mixed in. There were other recipes I have in mind, but I went with the potato soup first.

Let me preface this by saying – I had no clue what I was doing. As much as I would love to cook, I actually never do, therefore I am bound to screw things up. So this is from a cooking rookie’s point of view and you can make this great food while learning from my horrible mistakes.

Stock Pot
Skillet (for bacon)
Whisk (big spoon works if you don’t have one)
Cutting Board (to cut potatoes, green onions)
One Measuring Cup (for measuring flour, milk)
Potato Peeler (if you don’t want the skins on your potatoes)
Soup Ladle (to serve the soup)
Tongs for the bacon (or you can use a spatula like I did)
Plate w/ Paper Towels (for bacon to dry on)
Spoons
Bowls

Let me say this first – COOK THE BACON. I decided to do the bacon at the same time as the soup, which was a terrible mistake. While tending to my bacon, I let the stuff in the soup pot sit too long and some of it got burned. I’m not sure what exactly burned, but something did and it ruined the taste of the whole pot if you got a little of the burned stuff in a bite.

So cook the bacon and leave it on a towel to soak up some grease.

Also, skin (if you want to) and cut up your potatoes before you start too. I didn’t do that either because I’m an idiot.

Now that the bacon and potatoes are out of the way, pull out your pot and get started with the soup. First, melt the butter over medium heat. I also had the heat up way too high because the only thing I ever cook on the stove is pasta, and I’m used to getting the water to boiling. You don’t want to do that here.

Once the butter is melted, mix in the flour and STIR. Once again, I blame this on cooking the bacon at the same time, but this is probably where things got burned.

I will also take this time to say that if you have a whisk, it will probably be better than a wooden spoon like I was using. However, it’s all I had, so I went with it.

Go ahead and have your milk measured out if you can. I didn’t, and once again, this was time that things sat there burning while I figured it out. Once you have mixed the flour in with the butter, add the milk in gradually, stirring while doing it.

Keep whisking/stirring until it starts to thicken. When it’s thickened up a bit, throw in the potatoes and bacon. Stir it up until it’s nice and mixed up, then season with salt/pepper.

Bring the soup to a simmer once it’s all mixed up good and throw in your 2 cups of cheese, some green onions, and a cup of sour cream. Keep stirring it up until the cheese is nice and melted.

Once the cheese is melted, and you feel like everything has been mixed in good, it’s ready to go. Take it off the stove and serve it.

Pro tip – get a soup ladle so you don’t make a horrible mess like me. If I learned anything while cooking this first meal in my house, it’s that I don’t have even close to the right amount of utensils. That’s why I provided a list at the top as well. Come to think of it, that is something that should be provided on every recipe. Don’t just give the ingredients, give everything you will use including utensils. As a single guy with like four forks and spoons and hardly anything else, I need to know what to buy so I’m not sitting there mid-recipe thinking “oh crap, I need a soup ladle”.

After all is said and done, and your kitchen is a mess, you should have soup that is kind of good. As long as you didn’t burn anything, and actually went in prepared unlike me, then it should be amazing.

If you want to cook some extra bacon, it never hurts to have too much. You’ll notice I stuck a few pieces in my soup for looks, but extra bacon is always good. Feel free to throw a good roll in as well. I also didn’t actually drink that Naked Pig because I don’t like beer, but it made the picture look cooler.

If for some reason you actually followed this recipe, let me know on Twitter – @jlunce with pictures.