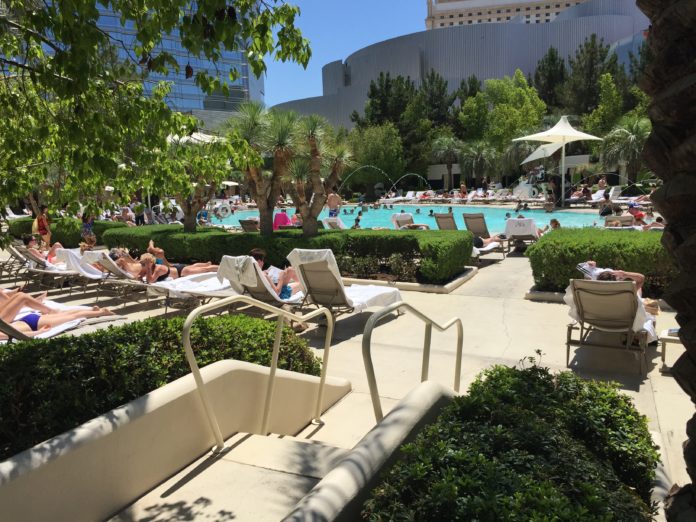 A lot of people who read this may not know how much I traveled when I was in college. Aside from the fact that I went to Alabama, Birmingham-Southern, and Rutgers (with other stops along the way), I spent time playing video games around the world, and eventually landed a gig with Samsung because of it where I traveled around various and assorted places in the world.

While in college, I traveled to Korea, China, England, and Germany. In the states, I was somewhere in the country almost every other weekend, or at least once a month. So many trips to New York/New Jersey I can’t even count them, plus multiple trips to places like Los Angeles/Anaheim, Las Vegas, Dallas, Orlando, Columbus, and much more.

When I graduated, I had one final trip planned to Phoenix for an event out there that is held every year. It was 2011 and I just started at 97.3 The Zone in my first job out of college. Since then, I’ve worked a couple of different places, but I haven’t really traveled since that final trip. I had a couple of work trips to Atlanta, and I went to a Predators game on Thanksgiving a couple of years ago – that’s it. I was so used to traveling all over the world for so long and then I just basically stopped cold turkey.

This trip to Vegas was actually supposed to be a trip to Italy to sing at the Vatican. It’s a long story how we got to the point of going to Vegas like we did, but we had the time blocked out to finally get out of town and go on an extravagant vacation, so we ended up in Vegas.

To start the trip off, we actually went to the Grand Canyon. After flying into Vegas, we rented a car and drove down five hours to see it. I have to say, it’s definitely something everyone should see at some point in their life. Here are some pictures I took. Just click the thumbnail to see it full size.

It was a lot of traveling, and that was kind of a pain, but outside of that, it was a cool sight to see. Also, the food in Tusayan, which is the small resort town just outside the Grand Canyon, is not that great. I had a decent meal inside the Grand Canyon at a restaurant called The Arizona Room (even though the service was dreadful). But just outside the park is where most people stay, and it’s a little town called Tusayan. We ate there two nights, and…yikes. Bring some trail mix or something.

After that, it was off to Vegas. We stayed at Aria, which was pretty nice. I wasn’t a big fan of the casino, but the rooms were amazing. For a standard room, it was probably the best I’ve ever stayed in. I think the Bellagio is still the gold standard for overall hotel/casino/food, but the rooms were pretty sweet. It doesn’t look that much different than other rooms, but the entire thing was automated (curtains, TV, lights, etc.) and it had a pretty nice bathroom.

I had a few goals in mind for my time in Sin City.

First, I wanted to try and play in 20 casinos. I only hit 12. We had too much other stuff planned to really be able to go to that many places. I’m typically more of a person that doesn’t like to plan a lot of stuff out in a place like Vegas. The first time I went, I was very free to do what I wanted so I got used to that. Then when I’ve gone for CES, it’s been a situation where I work all day, and just play a little at night.

Bold casinos I made money at, italic casinos I lost money at, and then the Mirage I came out even.

Second, I wanted to drop some money in the sports book. I never have gotten to legitimately bet in a Vegas sports book before. The only time I came close was game seven of the 2008 playoff series between the Celtics and Cavs in the Eastern Conference semifinals. I would love to pick games during the season, but the lines were fluctuating so much that I didn’t really feel like doing the individual games. So instead, I just picked a few futures. I took Baylor and Oregon at 25/1 to win the CFB playoff, and Clemson at 30/1 to win it. I put a little more on Oregon because I feel they have the best chance to at least make it to the playoff. I didn’t do Alabama or Auburn because their odds weren’t that great anywhere I looked. Same with TCU/Ohio State since they are the favorites.

I also took the Titans at 175/1 to win the Super Bowl. It’s not going to happen, but I put just a few bucks down to make a fortune if they somehow did win. Talk about sounding smart and being rich if it happens. Anyone else I actually think could win the super bowl (since I have picked the last three right before the season even started) were pretty bad odds and not worth it.

Third, I wanted to see a show. In my other trips to Vegas, the only “show” I ever saw was at Brad Garrett’s comedy club, but it was a couple of random comedians that I can’t even remember. This time I saw Terry Fator (America’s Got Talent winner) and “O” at the Bellagio.

However, if you see one show in Las Vegas, make it “O”. It is a Cirque du Soleil show that is on a stage that is mostly a large water tank. It’s easily the most impressive show I’ve ever seen, and only a small part of it is the fact that it’s a water show. The tech for the show was mind blowing, and the whole stage set up was just amazing. It was also huge. The stage area alone is bigger than a lot of theaters.

Another impressive thing to me was that the music was all live. You would swear it was recorded, but every so often, they would light up a couple of rooms that were off to the side, and you would see the people performing. Also, they do two shows a night. Just looking at some of the things people in a Cirque du Soleil show do make me tired, much less doing it twice a day.

It’s hard to find a good video, but here is the original trailer for the show when it came out in 1998.

Outside of the shows and the gambling was of course, plenty of good food. When I first went to Vegas right after I turned 21, I ate at a restaurant in the Bellagio called FIX. It was by far the greatest meal I had ever eaten, and the best steak I had ever had in my life. Naturally, I wanted to eat there again, but I was afraid it wouldn’t live up to expectations again. Boy was I wrong. I had the new greatest meal in my life this past week. Check FIX out here.

There is also a pizza place inside Aria called Five50, which was pretty solid as well.

All in all, it was a great trip, and I am so glad I was able to get on a plane and get away for a little while. I felt trapped in Alabama after traveling so much and then just stopping altogether for a few years. I’d love to try and go to CES more often so I can get back to Vegas. I also need to go to NYC again. It’s easily my most traveled destination after working with Samsung and going to Rutgers for a bit. Maybe I can go sooner rather than later so I don’t lose my mind.