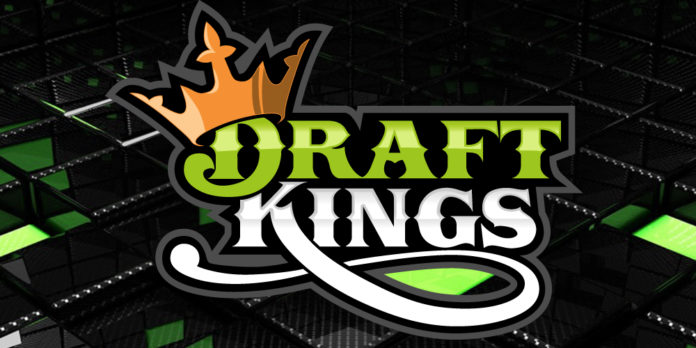 So I don’t really know how to win a million bucks, but I am finally taking the leap into fantasy betting via DraftKings.

For those who don’t know, DraftKings is a fantasy betting site where you basically enter daily contests (for a fee) to win a set amount of money. I decided to jump in for the PGA Championship this weekend because they are having a contest with a prize pool of $3.3 million. It costs $20 to enter, and first place is guaranteed $1 million.

The only thing is, this is not sports betting. It’s not “I think Tampa Bay will cover the 3-point spread over Tennessee on week one”. I wish I could just pick games online through a legit system (even though there are ways out there to bet on games), but this isn’t it. This is legal because it’s “skill-based” gaming and that makes it legal in 45 of 50 states. Sorry other states, but Alabama is good to go.

I entered an NFL contest for $3 (because I got a free voucher somehow for it), and I had to pick a fantasy team like I would for any other fantasy football league. I picked a QB, two RB’s, three WR’s, a flex player and a defense. Each player has a dollar value attached to them, and you have $50,000 to work with. So you can’t just pick all of the best players, you have to manage your roster a little better. You don’t get to draft all of your first picks in fantasy football normally, so this is no different.

For instance, I would love to pick Aaron Rodgers for $9,800 against Chicago on week one, but that is 20% of my money gone on one player, and I still have seven players left to pick. So it’s tricky.

The same applies for golf. I had to pick six golfers to compete for the PGA Championship this week. My picks were:

Add all that together, and I have $100 left of fake money to go out and buy myself something nice.

Jordan Spieth is an obvious choice, but that’s also why he’s so darn expensive. Martin Kaymer won the PGA Championship last time it was at Whistling Straits, so I figured he might not be a bad pick. Bubba Watson is an obvious choice, this why he’s my second most expensive. The rest, I just picked on stats alone. DraftKings gives you their average fantasy points per event, and I kind of picked on that, except for Boo Weekly. I watched Boo Weekly play in person at the 2007 US Open up at Oakmont, and I remember thinking how goofy it was that his name was “Boo”. So I picked him (and he was cheap). So go win the PGA Championship Boo, I’m counting on you.

To start with, I had to deposit $25, so with my free $3 voucher, I could do the PGA Championship event ($3.3 million total), an NFL Week 1 event ($250,000 total), and a NASCAR event at Michigan this weekend. I’m feeling pretty confident about the NASCAR event, which is a 50/50. That means that the people who finish in the top 50%, win money. The one I entered was 40 people, so all I have to do is finish 20th to win money. Each player from 1st to 20th receives $5.40. It seems cheap that the 20th place person wins as much as the first place person, but this is the kind of event to win small amounts of money in and play a ton of them so it adds up.

It should be interesting. If I blow all my $25 bucks and don’t make anything on the three contests I played, then I will probably just stop doing it. There is actually a video game version of this as well, but I don’t know that I will do that if I can’t even do well in sports. Even if I lose, I may do something for college football when it rolls around. Either way, it’s kind of fun to pick out teams and have another reason to care about other sports like golf.

If anyone reads this and wants to join in, you can use my referral link and get a free entry into PGA Championship event. Just click here.

Here’s to hoping I win a million bucks.