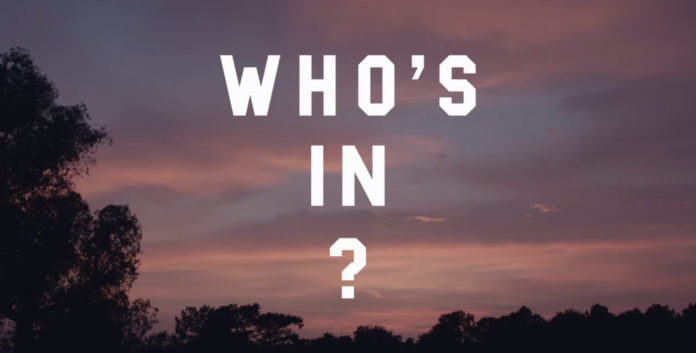 Top ranked teams are finally clinching their playoff spots as we head into the 8th week of the regular season. Only three more region games to go and while some teams have locked up playoff spots, others have been completely eliminated. There are some good games this week for teams looking towards the playoffs, including what may turn out to be region title games.

First, some bracketology for classifications 5A, 6A and 7A. These are brackets as of now using current region standings, along with non-region standings for tiebreakers, and my analysis of how teams will finish. Also listed for each classification are teams that have clinched a playoff berth.

Now on to this week’s top games.

Homewood played a close game with Walker last year in a game that was moved to Saturday due to storms on Friday night. These were the two favorites coming into the season to compete for the region title and this game still looks to be that way. Despite Walker getting upset last weekend by Briarwood, they still have a shot as long as they beat both Homewood and Jackson-Olin. Jackson-Olin is hanging in with only one region loss, but still have Homewood and Walker both left on their schedule.

Homewood has to travel to Jasper, where they lost the last time they played after a fumbled snap at the goal line 10-6 in 2000. Walker has to try and bounce back from that Briarwood loss, but a second loss here could lose them home field advantage in the playoffs.

After Spain Park’s historic defeat of Hoover last week, they get to turn around and face the next hardest team in Vestavia. Vestavia dropped a game to Hewitt earlier in the season and Spain Park took Hewitt to overtime, beating them by 3. This game being at Spain Park should help the Jaguars grab the victory, but this is the last hurdle they have to jump towards the region title. Vestavia isn’t safely in the playoff yet, and a win here over the #1 team in the region would help put both of these teams in a 4-way tie for first, assuming Hoover and Hewitt win this week as well. It would officially get all of them into the playoffs, but the seeding could turn into a crazy, nightmarish scenario. Luckily for Vestavia, they are undefeated out of region so they could use that as a tiebreaker.

But first, they have to get past Spain Park.

Chelsea looked good at times against Opelika, who I think is probably one of the top 3 teams in the state right now behind Clay-Chalkville and Spanish Fort. However, they lost the game and now have to play Benjamin Russell to keep home field in the playoffs. Chelsea had a collapse last year towards the end of the season that saw them miss the playoffs completely, so they need a win here bad.

Benjamin Russell needs to beat either Chelsea or Valley just to guarantee themselves a spot in the playoffs, and they can put themselves at ease this weekend. This will be a great match-up between two good playoff teams, but one of them will be on the road in round one.

McAdory has looked very vulnerable the last two weeks in a loss to Pinson Valley and a near loss to Bessemer City. Hillcrest is a team that can make a deep run in the playoffs, but if they want to avoid having to face Opelika in round two, they need to get a win here. I really do think it’s Hillcrest’s turn to be top dog in the Tuscaloosa/Bessemer area and that right now they are the best team regardless of classification in that part of the state. They can solidify that with a win this weekend.

Two teams that desperately need a win are Ramsay and Carver. 5A Region 5 has turned into a great region to watch because all of the Birmingham city schools are playing so much better than in past years. Ramsay has dropped off a little since last season, but this match-up against Carver will be a good one. The winner keeps themselves alive in the playoff hunt while the loser will have a lot of work to do.

The good thing for both of these teams is that they have already played Wenonah and Pleasant Grove who are dominating the region. So it’s between Parker, Carver, Ramsay, Corner and Fairfield for the last two spots. It should be a good race between the teams, but this weekend will either separate the top two from the rest or make it a 5-way tie for third. This could be a crazy finish to the season, not to mention Wenonah and Pleasant Grove still have to play. Keep your eye on this region because it will be fun to watch.

Other local games to look out for:

The battle for second place and home field in the playoffs for the Huntsville region of 7A. Both of these team’s region losses came as a 3-point loss to Bob Jones. These two teams are very evenly matched and it should be a close game. I feel like despite Gadsden City’s close loss to a 2-4 Auburn team, they are still a really solid team, and capable of finishing second in this region. However, I’m not sure they can get past James Clemens this week at home.

This is a battle of the only unbeatens left in 6A Region 1. If Spanish Fort wins, they pretty much win the region title. If Blount wins, they still have to face Baldwin County AND Saraland, the most likely candidates for the other two playoff spots and two teams that Spanish Fort has crushed. I think Blount has had a great season and they will get into the playoffs, but they have only played the easy part of their region schedule up until now. They did beat McGill-Toolen, which shows they aren’t pushovers, but Spanish Fort will be hard to beat by anyone this year.

Other statewide games to look out for: