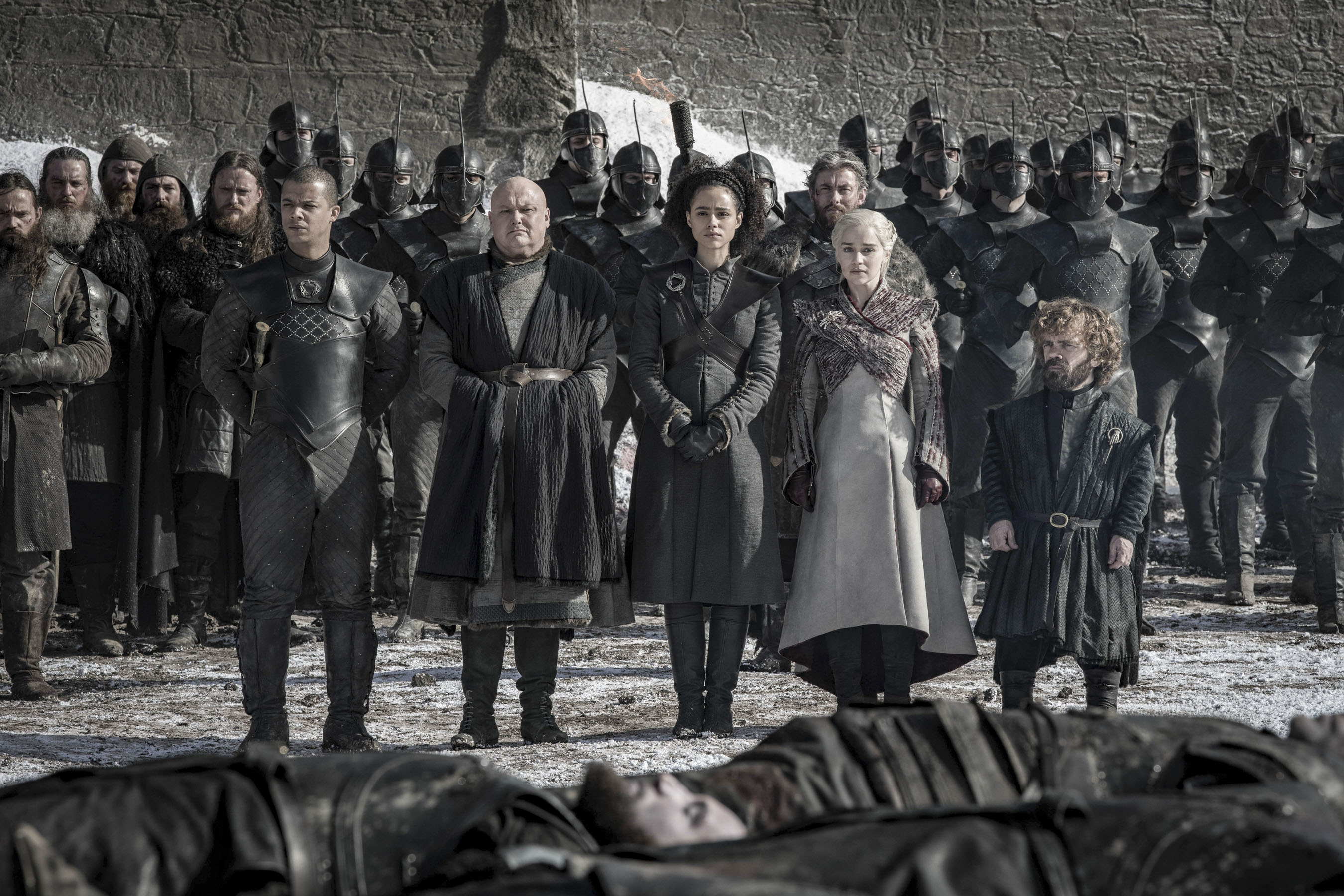 We decided to have some fun this season with Game of Thrones, and what better way than to start a death pool surrounding which major characters we think will kick the bucket in one way or another.

We filled these out after Episode 2, knowing that really no one had died (except for poor Ned Umber). We knew the story lines going in to the Battle of Winterfell (or whatever we want to call it), so it was the perfect time to make last minute predictions on who will die.

The tiebreaker is who kills Thanos, but for spoiler reasons, I won’t put who got that right until the end of the show so that Endgame will have been out for a few weeks.

– There are a total of EIGHT (8) dead “main” characters after Episode 3. 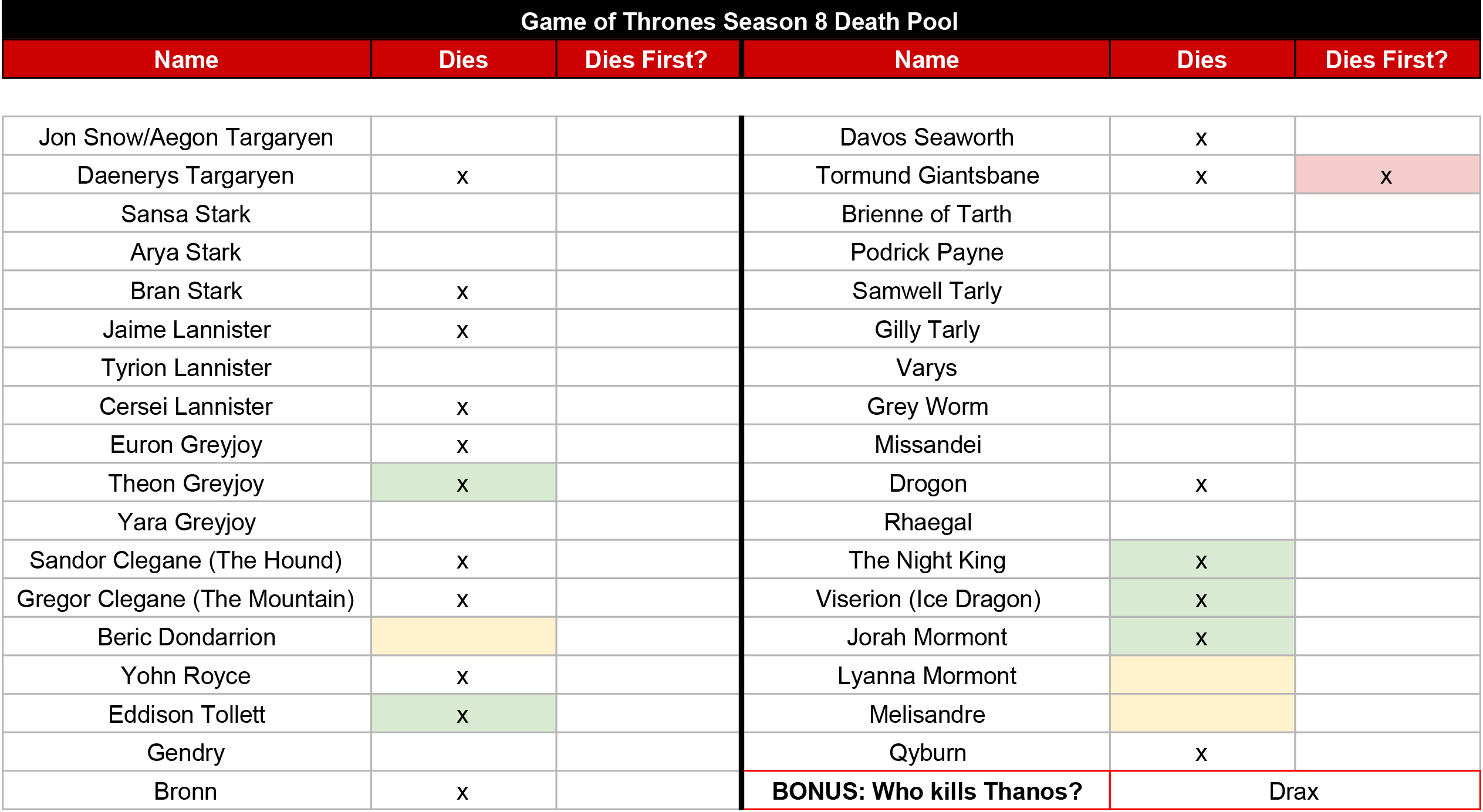 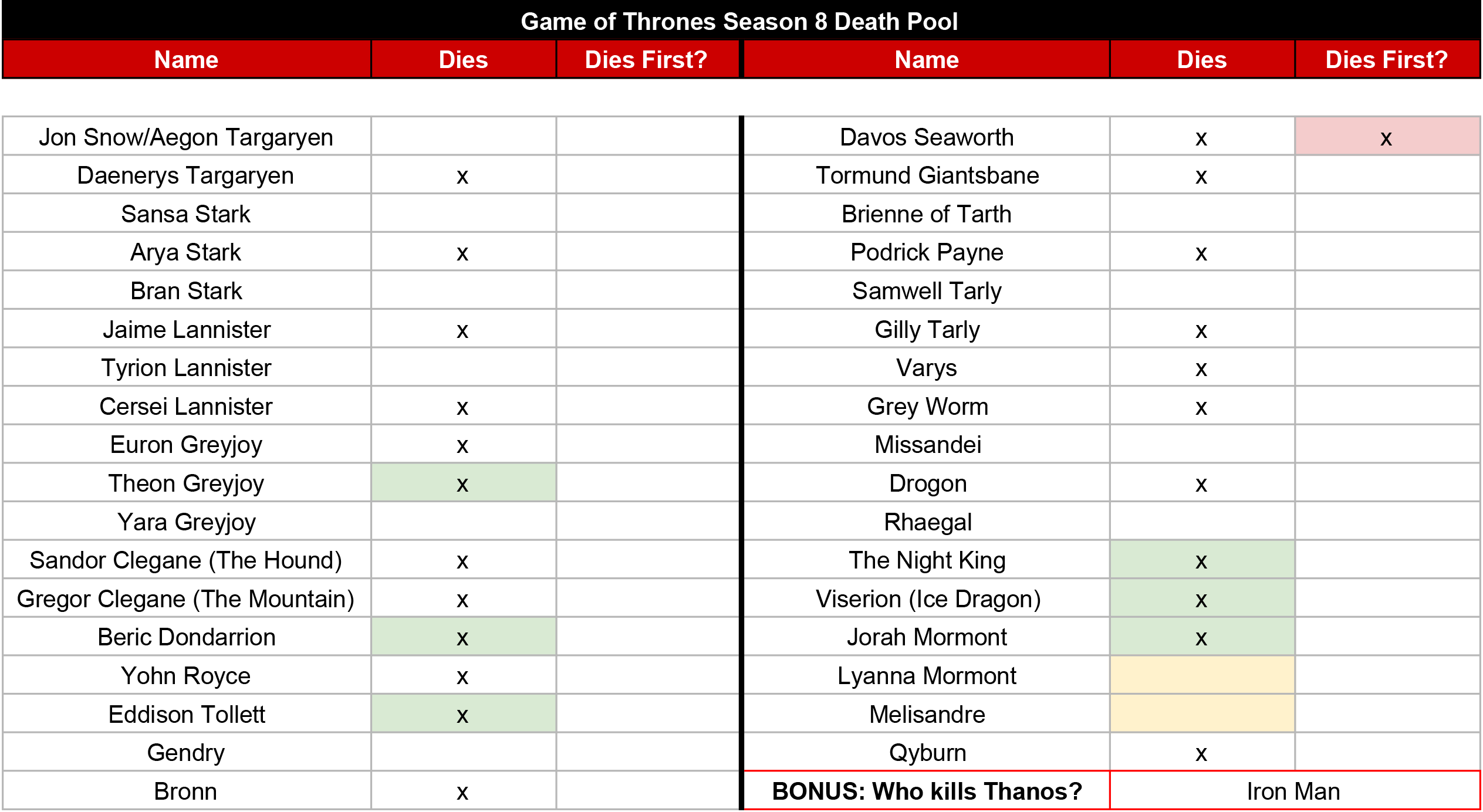 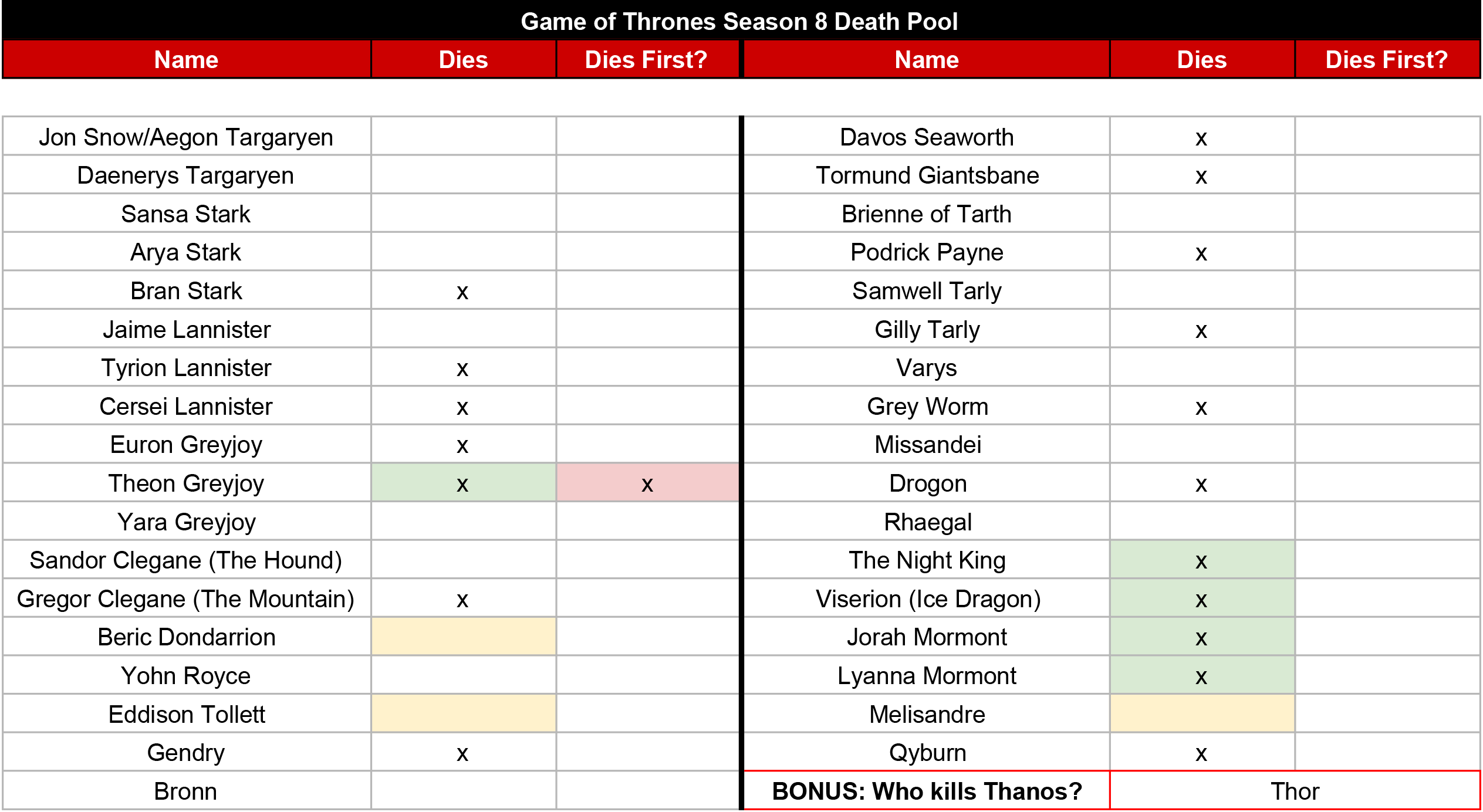 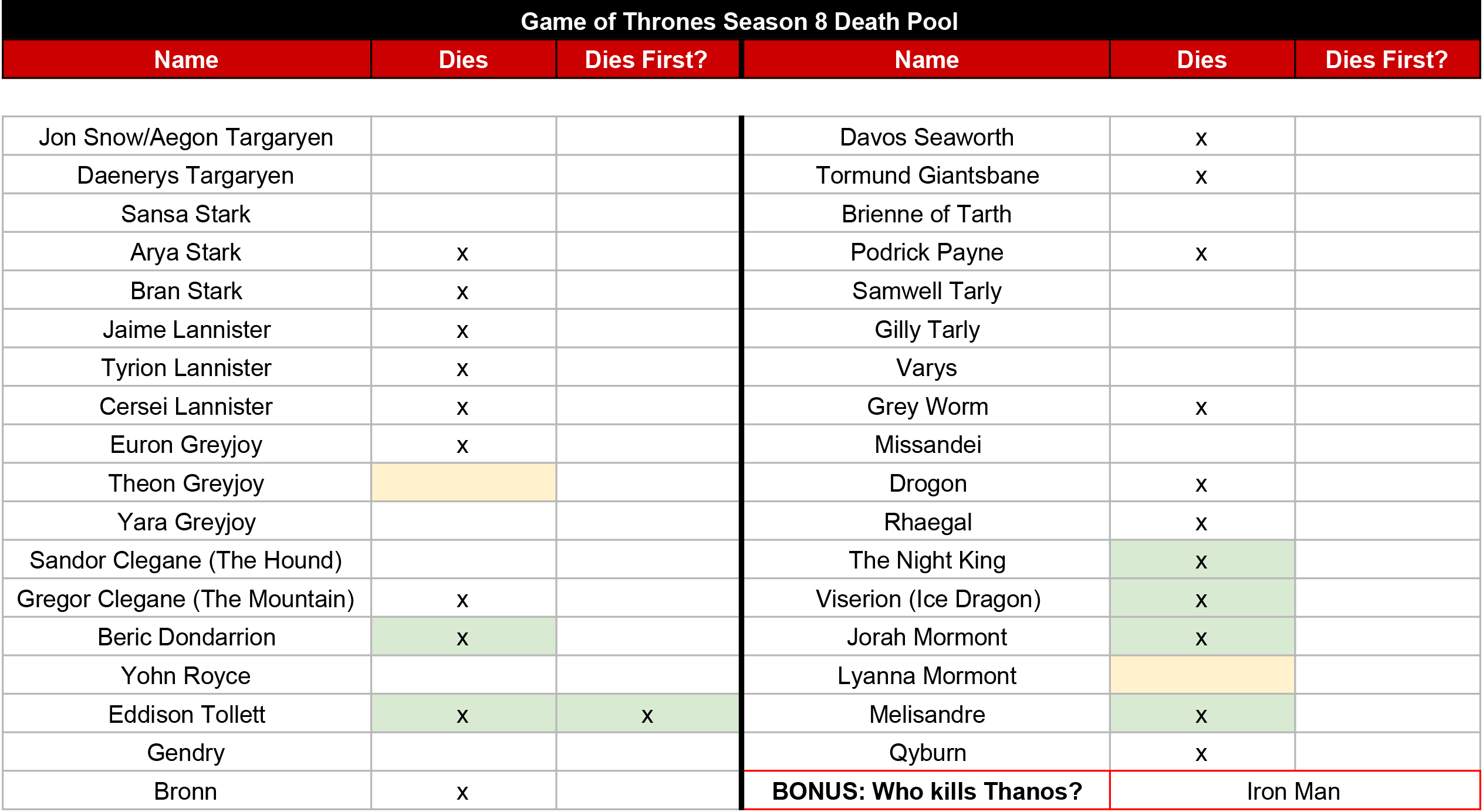 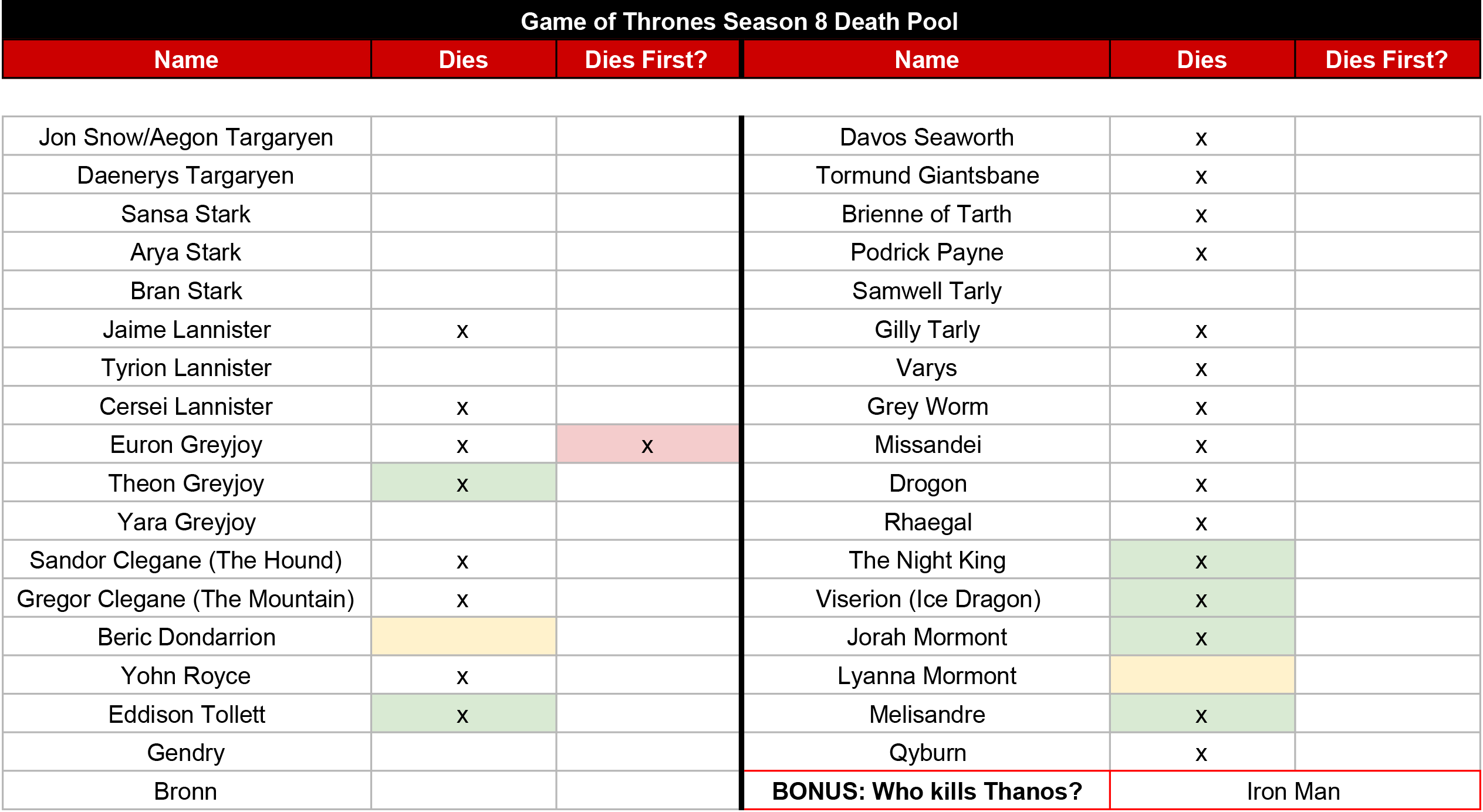 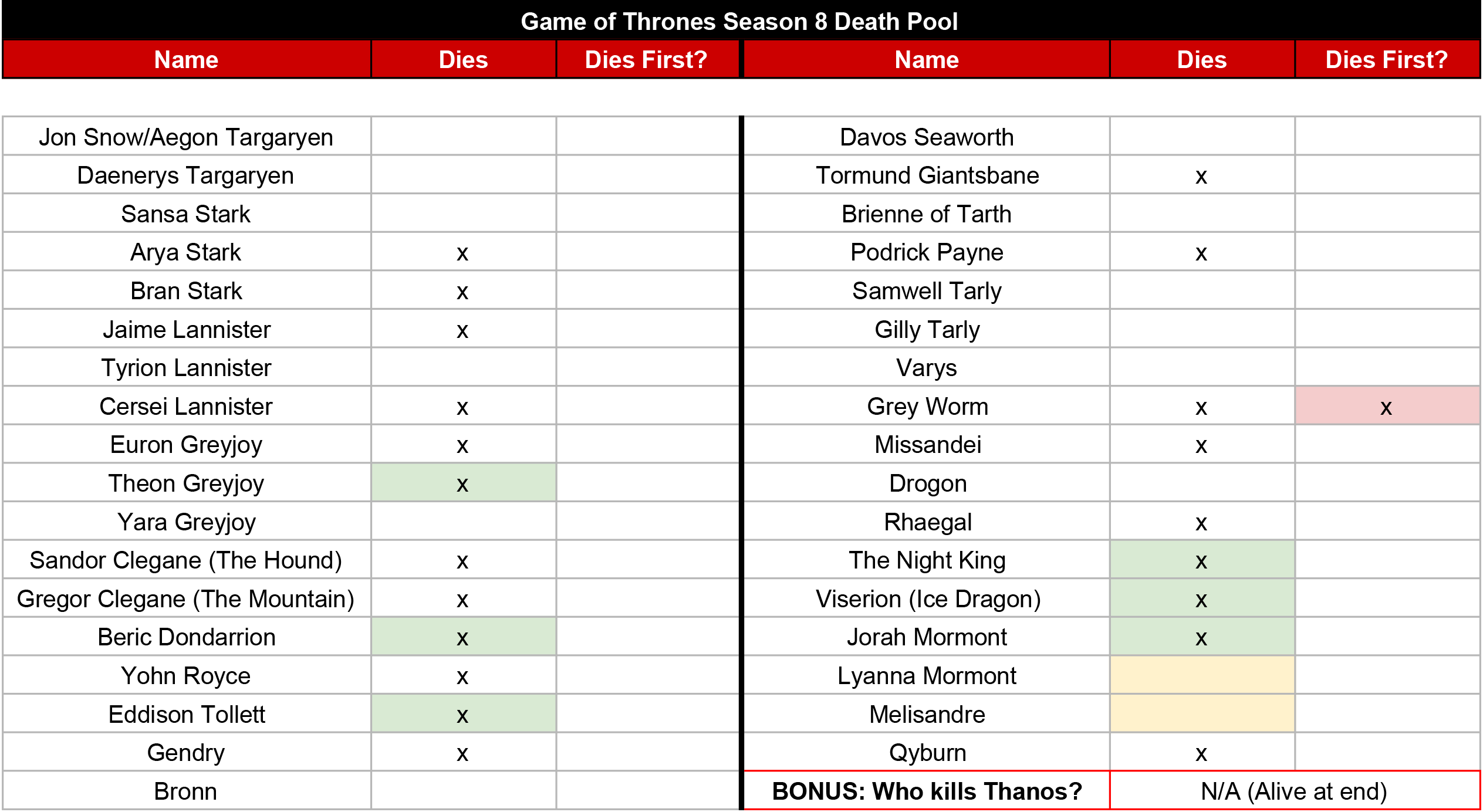 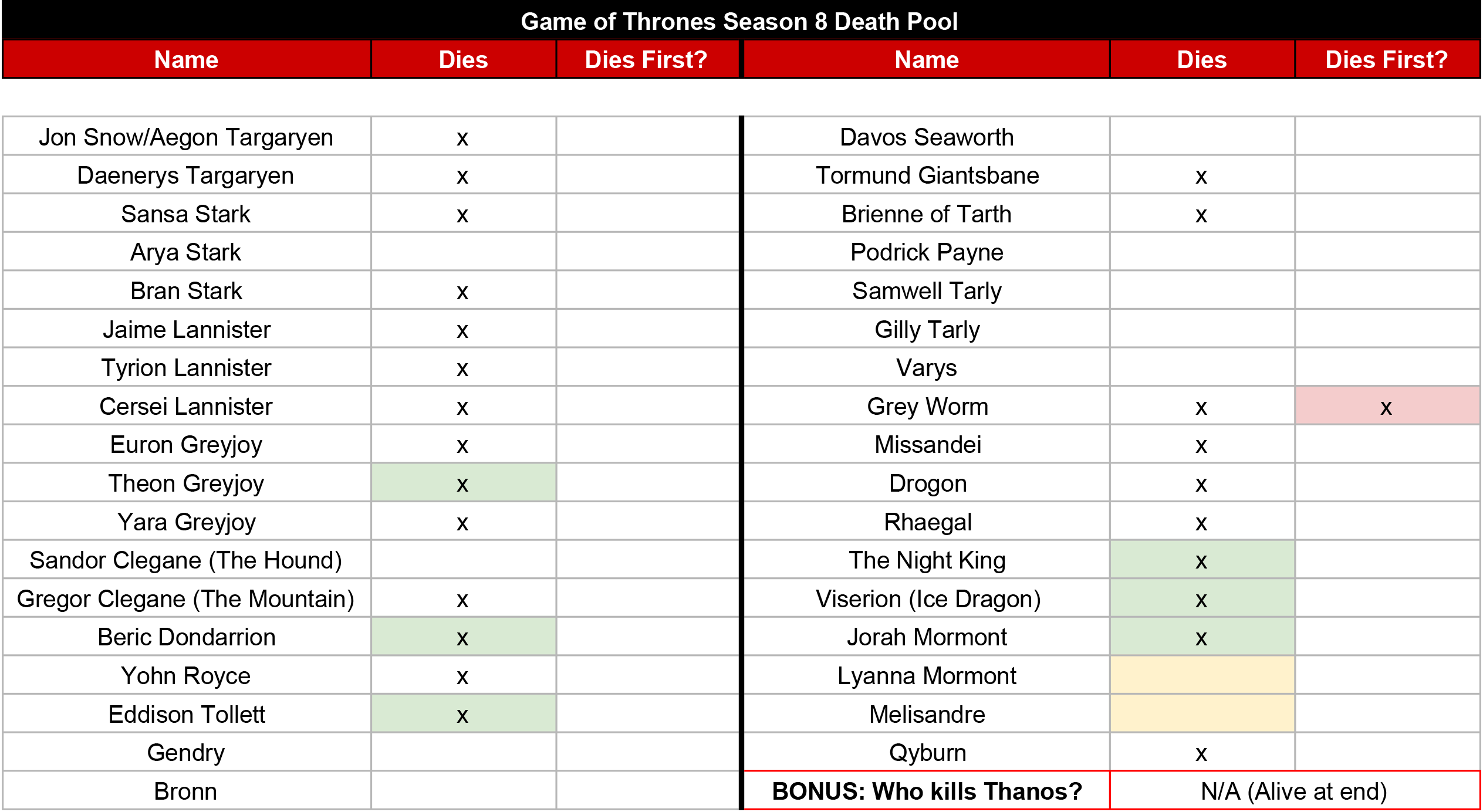