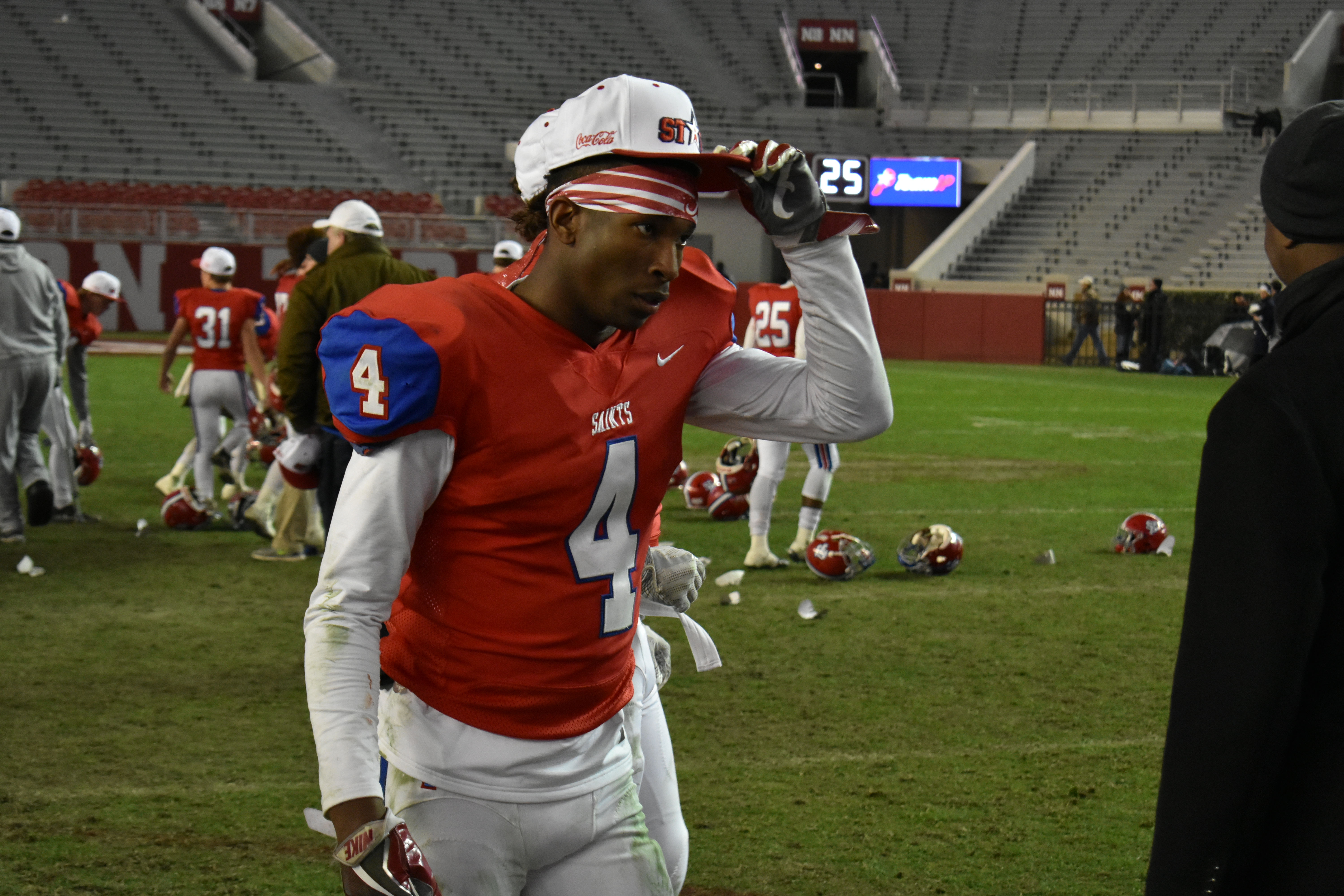 The final Top247 list of recruits was released from 247Sports today. This ranks the best 247 players in the country, awarding them at least four-stars, and giving the best of the best 5-star status.

National Signing Day is only a few weeks away, and many of the top players still remain uncommitted. Seven players from the state of Alabama made the list and three of them are still uncommitted.

Here are the seven in-state players who made the cut in the final Top247 rankings:

Jalyn Armour-Davis tops the list from the state of Alabama and is the only Alabama commit/signee from the state to make it. Auburn has dominated the state when it comes to the number of recruits they have gotten, but Alabama will wind up with the #1 overall recruit in the state. Armour-Davis has already signed with the Tide and will be a welcomed addition in the secondary. Armour-Davis also played receiver in high school, with arguably his biggest catch coming in the Super 7 against Briarwood where he hauled in a fourth down pass from QB Swift Lyle to help keep a game winning drive alive.

Jalyn Armour-Davis measures at 6-1, 180 lbs. He is the #8 cornerback in the class according to 247Sports. In the composite rankings, he ranks a little lower at #112 overall, and #15 CB while being #2 in the state behind WR Justyn Ross.

Coynis Miller is looking to follow in the footsteps of fellow Jackson-Olin Mustang TD Moultry who is already on the Plains. Miller is a big presence on the defensive line at 6-2, 300 lbs. He made an impact on defense for JO but also on offense as a goal line running back. As much as people love to see the jumbo set come in to block for a running back on the goal line, you can just hand the ball to Miller and let him do the work instead.

Jackson-Olin’s defense suffered a little this season, dropping from a 2-seed in 6A Region 5 to not even making the playoffs this year, but don’t let that get you down on what Miller can accomplish on the field. He’ll be a great addition to the Auburn front line, and while he may not contribute right out of the gate, he will be making plays on Saturday soon enough.

Ross is without a doubt the best receiver in the state and a strong Mr. Football candidate. The catches he has made this year are insane and he helped lead Central-Phenix City to the 7A semi-finals yet again. He measures at 6-4, 201 lbs. and is currently a hot recruit to watch as the highest rated uncommitted player in the state. The composite rankings actually have him as the overall #1 recruit in the state.

A lot of people are heavy on Ross heading to Clemson and I probably agree. There are good young receiver classes at both Alabama and Auburn, but he does have official visits planned for both before signing day. He has already visited Clemson and 16 of 20 analysts on 247Sports believe he will choose Dabo Swinney’s Tigers.

I’m a little surprised Joiner is higher than Asa Martin, but there are three reasons why: 1) He is definitely one of the better overall recruits in the state, 2) he played against much better competition with the defenses in 7A Region 3 such as Hoover, Spain Park, Thompson and more, and 3) he absolutely slayed it at The Opening this past summer. That put him above most other players and kept him there.

Joiner is the #5 overall running back in the country, measuring out at 6-4, 218 lbs. He participated in the US Army All-American Bowl but only had one carry. What works for Joiner is his size and power, but that is also what works for Asa Martin. I was a bit surprised when he committed to Auburn, but he does still have a visit scheduled to Ole Miss.

Jenkins had Louisville as a favorite for a while, but has now named Oklahoma the leader. Regardless, it looks like the top lineman in Alabama is set on leaving the state. Jenkins measures out at 6-3, 325 lbs. and is the #9 guard in the country. He’s a bit lower in the composite rankings, but there is no denying he’s the top offensive lineman in the state. He has visits scheduled at Louisville and Ole Miss before signing day.

Langham has offers from everywhere and has a tough choice to make on signing day. He is currently the #9 SDE according to 247Sports, but in the composite rankings, he’s not near as high at #18 and #432 overall. He measures out at 6-6, 269 lbs. He’s a good pass-rusher, and plays with great technique. He is a name that hasn’t been mentioned quite as much due to playing in Class 5A for a lower tier playoff team, but he could make an impact wherever he goes.

He is planning on using all five of his official visits. He already visited Notre Dame back in December and Vanderbilt on January 12, but has plans for: Alabama (1/19), Florida (1/26), and Tennessee (2/2). You have to wonder if Jeremy Pruitt jumping to Tennessee will help potentially lure him there since that will be his last visit. Currently, 247 lists all schools as “warm” except Florida which is listed at “cool”.

Wrapping things up is Seth Williams, who has already signed with Auburn. A great wide receiver who can eventually work his way up to be the #1 guy, Williams is also an excellent basketball player, winning a state championship last year with Bryant. His hands and size are great, at 6-3, 212 – but he doesn’t have super high-end speed to separate himself from defensive backs. Still, he has great vision, hands and instinct to be one of the best wide receivers in the SEC with a little extra coaching.