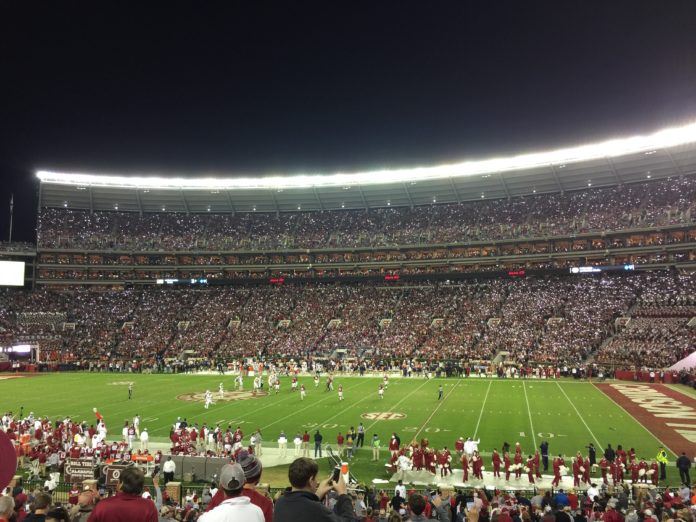 A great rivalry weekend of college football has set the stage for conference championships galore next week.

Here is where we are going into the final week of the season:

Ohio State (11-1) sitting at home. Michigan (10-2) with wins over both teams is sitting at home. We talk about how the best teams don’t always win their conference. How about the two best teams aren’t even in the conference title game. These are by far the two best teams. I think everyone would say Ohio State is better than all of them, yet Michigan actually DID beat both teams in the game.

Even though it’s not an “actual” championship game, it is the de facto Big 12 championship. The question is – whoever wins, will they have any shot? At this stage, I don’t think so. I think Alabama and Ohio State are locked up, so that leaves only two spots with plenty of better teams ahead of these two (Washington, Clemson, Big 10 winner).

This should be easy enough for Clemson. Win, and you could potentially be the 2-seed.

Washington wins and they are in. Colorado is looking good though. Will they jump Oklahoma after OU was idle this week and Colorado beat the #22 team? Could they be in the best position as a 2-loss team, only because the ones in front of them are from the Big 10 (who will have Ohio State) and the Big 12 (who didn’t have a “real” title game).

Navy is interesting because of having a regular season game AFTER their conference title. Can you imagine? They might be in a position to HAVE to win that game to get to a NY6 bowl (if Western Michigan loses).

Western Michigan will win a trip to a New Years Six bowl if they win. Most likely the Cotton Bowl since the Cotton Bowl is the only bowl that picks at large teams for both slots this year.

If Boise, playing for the NY6 bowl ahead of Western Michigan. Once again, will be the Cotton Bowl.

Sun Belt – Appalachian State (9-3) has claimed at least a share.

When it comes to bowl projections after this week, this is how I see everything laying out, using the criteria for each bowl:

Mississippi State can still get in on APR, despite being 5-7. If they did go bowling, it could possibly be in the Las Vegas Bowl or Cactus Bowl replacing the Pac 12.

We’ll break all of this down and recap the Iron Bowl, Ohio State/Michigan and more on Jox Primetime on Monday night from 6-8 pm!