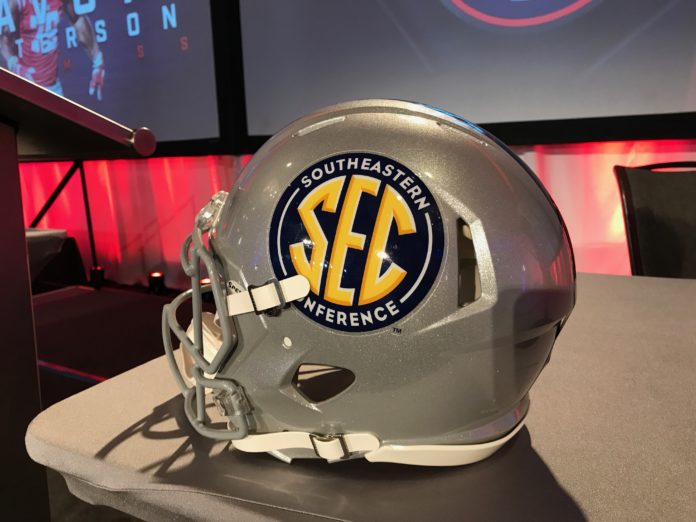 The Associated Press announced their All-SEC team and awarded certain player of the year awards to the top performers on the gridiron.

Johnson led the SEC in total rushing yards, narrowly edging out Kentucky RB Benny Snell Jr. after rushing for 44 yards in the SEC title game. Johnson finished with 1320, two yards ahead of Snell, but 145 ahead of third place Nick Chubb of Georgia. Johnson also finished with the second most rushing touchdowns at 17, one behind Snell. He finished 17th in yards per carry. Johnson accomplished all this while missing two games due to injury.

Smith was fourth overall in the conference with 113 total tackles but first in solo tackles with 72. Smith was also tied for seventh in the conference with 6 sacks. He was a leader on the Georgia defense that rated highest in defensive efficiency in the SEC and was second in the nation behind only Clemson. Smith was also named MVP of the SEC Championship after coming up with two fumble recoveries.

Smart led the Bulldogs to a 12-1 record after winning the SEC championship game, which avenged their only loss of the season – a road loss to rival Auburn. The Bulldogs ended the season with the second highest overall efficiency according to ESPN at 92.4, only half a point behind Alabama. Much of that was due to his defense which ranked sixth overall in total yards allowed and fourth overall in points allowed per game, finishing second in the SEC in both of those categories behind an Alabama defense that Smart was also a part of until two years ago.

Also awarded was the SEC newcomer of the year award, which was shared between Auburn quarterback Jarrett Stidham and Georgia quarterback Jake Fromm.

Stidham finished second in total yards behind Missouri’s Drew Lock with 2827, just four yards ahead of Vanderbilt’s Kyle Shurmur. While Stidham was sacked a conference leading 29 times, he also led the conference in completion percentage at 66.67%. Stidham finished fourth in total passing touchdowns and finished tied for third for fewest interceptions. He finished in sixth in QB Rating at 153.99.

Jake Fromm finished seventh in total passing yards with 2173, completing 63.04% of his passes, which is good enough for fourth. He had 21 passing touchdowns which was just ahead of Stidham in third, and only 5 inteceptions, just one behind Stidham. Fromm was only sacked 14 times and finished with the second highest QB Rating at 168.19, just barely behind Lock.

Alabama led the way on the All-SEC team with eight players voted to the first team. There were no unanimous selections to the team, but Alabama safety Minkah Fitzpatrick and Auburn offensive guard Braden Smith came the closest to a sweep, being left off one ballot each.