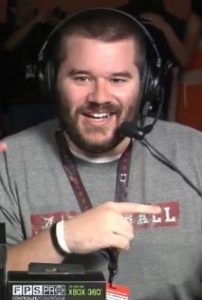 Jon Lunceford is an award winning sports and digital media professional currently in Birmingham, AL. Jon is a graduate of the University of Alabama school of journalism where he served as online editor for the Crimson White. Jon is also a graduate of Homewood High School where he played football for the Patriots, helping them to two Super 6 state titles, and was a member of the award winning Network show choir.

Before graduating from Alabama, Jon played football at Birmingham-Southern College under head coach Joey Jones. However, his football career was cut short due to injury. He then went on to study sports journalism for a time at Rutgers University in New Jersey before returning home to finish his education at Alabama.

Jon also spent a few years playing video games professionally, representing on Team USA in the World Cyber Games Grand Final in 2008 (Cologne, Germany) and 2009 (Chengdu, China). He also finished as a national runner-up in 2010. After moving on from professional gaming, he represented Samsung for a year to stay involved with the growing esports industry.

Jon is currently the digital program director for Cumulus Media based in Birmingham, AL. He also created and manages JoxPreps, a portal for high school sports coverage in the state of Alabama. Jon is the former host of Jox PrimeTime weekdays from 6-8 pm on WJOX 94.5 and now hosts “Off the Record with Jon and Tim“, a podcast with former co-host Tim Melton.

He also started and runs two companies of his own – Flux Media, a digital advertising and consulting agency, and the Under the Lights Foundation which is a non-profit dedicated to the funding and creation of sports and fine arts programs in area schools.

If there is one moral and value that I live by in my life it is this:

While I may not agree with what you say, I’ll defend to the death your right to say it.