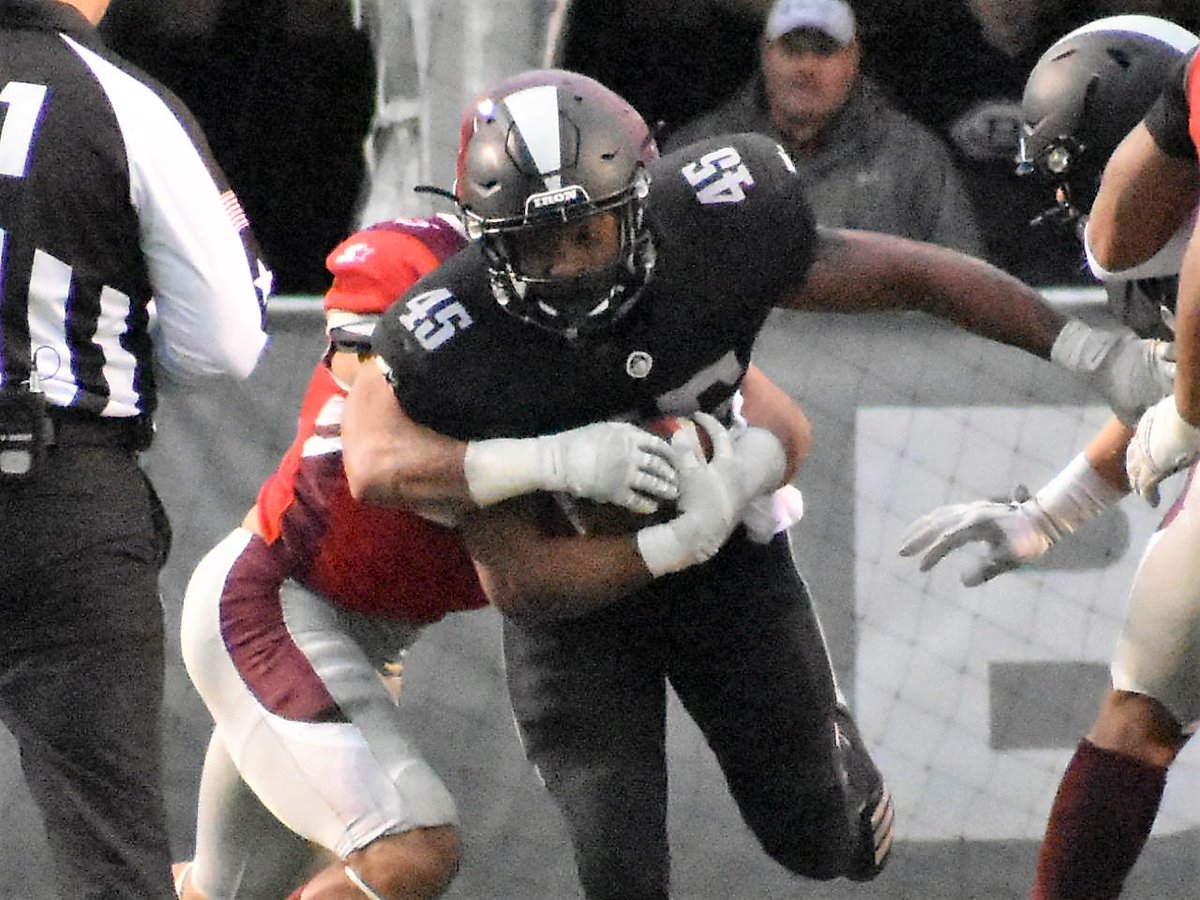 Some interesting results this week to really shake things up from second place down. Orlando is firmly in the #1 spot and looks to be there for the long haul. Behind them, Birmingham has fallen after losing two games in a row while teams like San Antonio and San Diego have emerged as the top teams out west. Atlanta and Memphis faced off this week so one of them had to lose, but both won last week.

Here are the updated power rankings after Week 5:

Orlando continues to be the class of the league as they run over Birmingham 31-14. De’Veon Smith ran 14 times for 119 yards while Garrett Gilbert did his thing through the air at 23/35 for 286 yards and two touchdowns. The Apollos outgained Birmingham 468-272 and outplayed Birmingham so much, the Iron had to bench their starting QB. Charles Johnson is still the best receiver in the league with 29 catches for 493 yards and 2 touchdowns including 6 catches for 83 yards and a touchdown in this game.

This week, Orlando hosts the Arizona Hotshots who are on a losing streak currently.

Another big win for San Antonio as they win their second in a row with a big victory in the west to put them atop the standings with San Diego who they have already split with. Right now, San Antonio looks to have one of the best defenses right now with 8 takeaways in the last two games over Birmingham and Arizona. Logan Woodside looked good going 21/27 for 290 yards with 2 touchdowns and 1 interception. Kenneth Farrow didn’t have the same day he did against Birmingham, but still had a touchdown in the game and remained #1 on the rushing charts in total yardage.

San Antonio almost blew it after getting up 26-0 at halftime, but were able to hold off a late charge by Arizona. At the halfway point, their only losses are to San Diego on the road (who they beat at home) and a one score loss to top ranked Orlando.

This week, San Antonio takes on Atlanta, who is actually on a win streak, in their fourth road game in a row.

Birmingham has lost all identity after getting shelled by Orlando. The Apollos were favored so the win doesn’t shock anyone, but the game was expected to be closer than three scores. The defense gave up 468 yards of offense including 181 yards on the ground while Garrett Gilbert beat them through the air for 286 yards and a pair of scores.

On offense, Birmingham fell apart with Luis Perez being benched in the first half after starting 3/7 for 4 yards and an interception. Keith Price came in and played well in relief going 18/29 for 234 yards and a touchdown. Perez had yet to throw a touchdown pass and Price did it fairly quickly. Price looks to be the starter for now and with a full week as the #1 guy, he should improve and help this offense out. The offense continued to struggle on the ground with only 49 total yards. Trent Richardson scored another touchdown to give him a league-leading 8 on the year, but only had 8 carries for 21 yards.

This week, Birmingham travels to San Diego and will avoid going on a 3-game losing streak.

What a thrilling win for San Diego and another crushing loss for Salt Lake. This game was back and forth as Salt Lake went up by one with 51 seconds left in the game but San Diego hit the field goal as time expired to get the win and remain in contention for first place in the West.

Ja’Quan Gardner was one of the best running backs at the start of the season, but was held in check again rushing only 9 times for 3 yards. Mike Bercovici only went 22/43 but did have 304 yards with a touchdown and an interception. The defense did their part getting five turnovers, scoring on two of them in the second half.

San Diego hosts Birmingham this week where they will look to take advantage of Birmingham’s offensive woes to advance to 4-2.

Who would have thought after the first few weeks that Atlanta would be climbing up the power rankings? They defeated Memphis in a battle of the bottom tier teams and extended their win streak to two games. The game was back and forth as both teams showed the vast improvement after making changes at quarterback. Aaron Murray played well throwing 27/43 for 306 yards and a touchdown. Tarean Folston had a great game with 83 yards rushing and a touchdown.

On defense, Atlanta held the somewhat strong Memphis rushing attack to only 59 yards and kept Zach Mettenberger in check, including a clutch interception near the end of the game when Memphis was in field goal range to go up themselves.

Atlanta hosts San Antonio this week in a battle of teams on fire right now.

Another tough loss for the Stallions as they drop to 1-4 on the season. Their losses include a 3-point loss at Birmingham (which they should have won), a 9-point loss to top ranked Orlando and a 2-point loss on a last second field goal to San Diego this past weekend. They also split with Arizona but won their most recent match-up.

Josh Woodrum led the Stallions back to take the lead with only 51 seconds left, but despite going 31/48 for 380 yards and a touchdown – he also had three interceptions. The Stallions turned it over 5 times, yet still almost won the game. Salt Lake is the very epitome of being so close, yet so far away.

This week, the Stallions take on the Memphis Express with the loser falling to permanent last place in the league while the winner has an outside chance of still making the playoffs.

After looking so strong to start the season, Arizona has plenty of questions after losing their third game in a row. Their wins came via Salt Lake (who they then lost to) and Memphis pre-QB change (and they still only won by 2). Wolford was 19/33 for 246 yards and two touchdowns but had three interceptions while the team had five total turnovers for a -3 margin. The Hotshots were lucky to even have it end as close as it did after they were down 26-0 at halftime.

This week, Arizona takes on top ranked Orlando on the road.

A tough break for Memphis as they looked to capitalize on the momentum of their QB change and a win in week four. After the blowout loss to Birmingham to start the season, Memphis is 1-3 but their three losses are by a combined 9 points with a win over San Diego who has looked decent this season. Zach Mettenberger didn’t play great, going 9/17 for 181 yards and a very costly interception down near the red zone. Memphis was primed to run the clock out and kick a field goal to win before that pick, which led to Atlanta having time to do the same thing.

While this hurts the playoff chances for Memphis, there is still an outside shot depending on what Birmingham and Atlanta do the rest of the season. Memphis still has to play both of them again and at home this time.

This week, Memphis travels to Salt Lake in a game that is a must win for both teams if they want to stay alive for the playoffs.