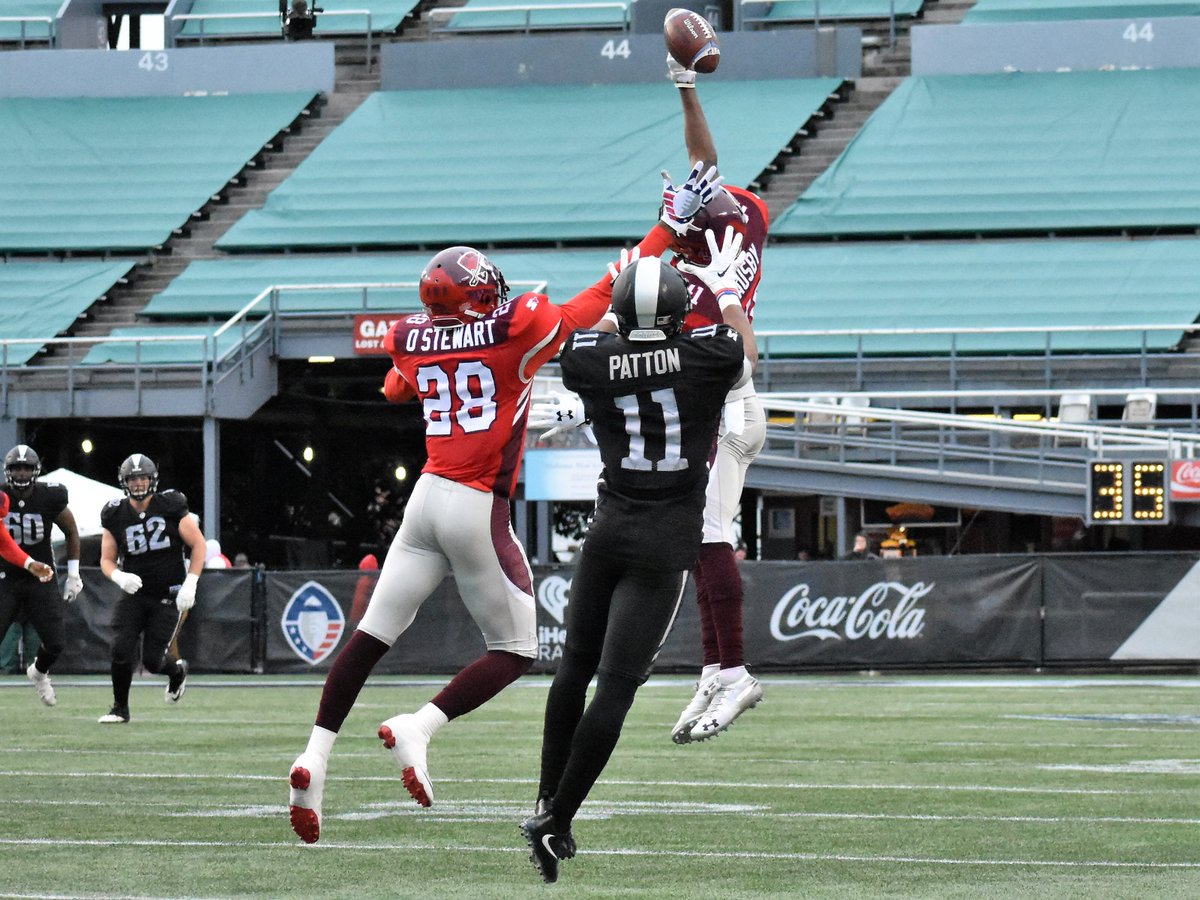 What a week of football as the entire Alliance and the power rankings were turned upside down outside of the #1 spot. Orlando continues to be the solid leader in the league, but Birmingham fell for the first time while Memphis and Atlanta made quarterback changes and got their first wins of the season.

This week sees some huge match-ups as Orlando and Birmingham face off at Legion Field Saturday afternoon. Atlanta and Memphis face off to help determine third place in the East while Salt Lake and San Diego fight to avoid the bottom of the West and San Antonio and Arizona fight to take possession of the top of the West.

Here are the updated power rankings after Week 4:

Orlando continues to be the best team in the league and there is no question about it. A solid performance from Garrett Gilbert again as he goes 22/32 for 244 yards and 1 TD. Even in the snow, he still threw it around and found seven different receivers, including Charles Johnson who had 9 catches for 105 yards and continues to be the best receiver in the league. The defense didn’t force any turnovers despite the cold and snowy conditions, but did hold Salt Lake to only two scores and 265 total yards compared to four scores and 363 yards for Orlando.

This week, Orlando goes to Birmingham in a battle of the top two teams in the league.

It’s tough to find the exact place Birmingham belongs. You look at them against Memphis and Atlanta (pre-QB changes) and they look like the best team in the league. You watch them against Salt Lake and San Antonio and compare them to the way Memphis/Atlanta looked this week and they have a case to be near the bottom. Overall, they are 3-1 with the second best record in the league and stay at second place…for now.

The defense on this team is the very definition of “bend but don’t break”. The Iron gave up 256 total yards, but 142 of that was to Kenneth Farrow on the ground. Farrow had a field day against Birmingham but still the Iron only let in one touchdown overall. You watch this defense sometimes and question if they are still as strong, especially when San Antonio had a 21 play, 78 yard drive that lasted 9 minutes and 34 seconds. However, that drive ended in a field goal. They also had a drive end in a field goal near the end when Birmingham turned the ball over, and Birmingham held tough through six plays (including a pass interference) and forced the Commanders to kick.

The offense on this team has a lot of question marks. Luis Perez was 19/39 for 202 yards and 2 INT – he has still yet to throw a touchdown pass. Meanwhile, Trent Richardson had only 8 carries for 15 yards even though he did have yet another touchdown. Brandon Ross had the best carries in the game, but he also had a costly fumble that might have ultimately lost Birmingham the game.

This week, it doesn’t get any easier as the Iron welcome in Steve Spurrier and the Orlando Apollos to Legion Field.

San Antonio got a big win over Birmingham, which moves them up to #3 in the rankings. San Antonio’s two losses are to San Diego (who they also beat) and Orlando (who is the #1 team) and they have this win over Birmingham now. They have a chance to solidify themselves in the top 3 and maybe even move to #2 if they can beat Arizona this weekend on the road.

Kenneth Farrow had a day against Birmingham’s staunch defense as he rushed for 142 yards on 30 carries. There are still some questions at quarterback with Logan Woodside as he was only 11/25 for 106 yards, but the team didn’t ever turn the ball over.

This week, they travel to Tempe to take on Arizona.

Salt Lake is an interesting team. They currently sit at 1-3 with two of their losses coming thanks to their starting quarterback, Josh Woodrum suffering an injury at the start of the season. Woodrum is a good player, going 16/22 for 161 yards this week. Branden Oliver had 71 yards on the ground and their rushing attack has looked good throughout the season.

Next week, Salt Lake has a chance to put themselves back in the playoff hunt against San Diego. The winner of that game will be in a great position for the postseason when it comes to tiebreakers at the halfway mark.

San Diego lost a close game to Memphis that saw them blow a 14 point second quarter lead and an 8 point 4th quarter lead. Zach Mettenberger had plenty of success throwing the ball against the Fleet while Alex Ross came in for the injured Phillip Nelson and only went 8/18 for 80 yards with 1 touchdown and 1 interception. Nelson was 9/12 for 110 yards and a touchdown before going out with an injury. That injury is part of why we still have San Diego at #5 ahead of Memphis despite the Express winning.

One key factor for the the Fleet that was held in check was Ja’Quan Gardner, who has played so well this season that he is still the leading rusher in the league despite a 9 carry, 6 yard performance this past weekend.

Memphis gets on the board and it’s not too shocking to anyone that saw Zach Mettenberger’s play in week three as the Express game Orlando their toughest game yet. Christian Hackenberg hit the bench and Mettenberger comes in to go 18/25 for 174 yards and a touchdown (plus another rushing touchdown and a rushing 2-point conversion). The Express rushing attack was somewhat held in check with Zac Stacy only getting 39 yards on 18 carries. However, despite being outgained, the Express won after getting four turnovers from the Fleet.

Memphis will have a chance to keep themselves in the playoff hunt as they travel to Atlanta this weekend.

This explains the Hotshots’ weekend:

Arizona dropped their second game in a row as they fell to Atlanta. Atlanta has been the consensus worst team in the league since day one, yet they got the best of Arizona. That’s not to say Arizona didn’t play well, they just couldn’t get points on the board. John Wolford was back from injury and went 17/31 for 185 yards and a touchdown. Jhurell Pressley had 14 carries for 110 yards.

However, the defense struggled, giving up 454 yards to Atlanta which led to a couple of late field goals to give Atlanta the win.

This week, Arizona hosts San Antonio who is fresh off their win over Birmingham on the road.

Someone has to be last, and there are many teams that could make a case to be down here. The Legends finally looked good as Aaron Murray was given the starting nod for the first time. He was 20/33 for 254 yards and also led the team in rushing with 7 carries for 54 yards. Denard Robinson finally got going as well with 9 carries for 43 yards and a touchdown. The offense gained 454 yards total. Younghoe Koo continues to be a solid kicker for the team as well.

Atlanta has a chance to move up the rankings with a win over Memphis this week. Both teams have made a quarterback change and it has made them serious contenders again.