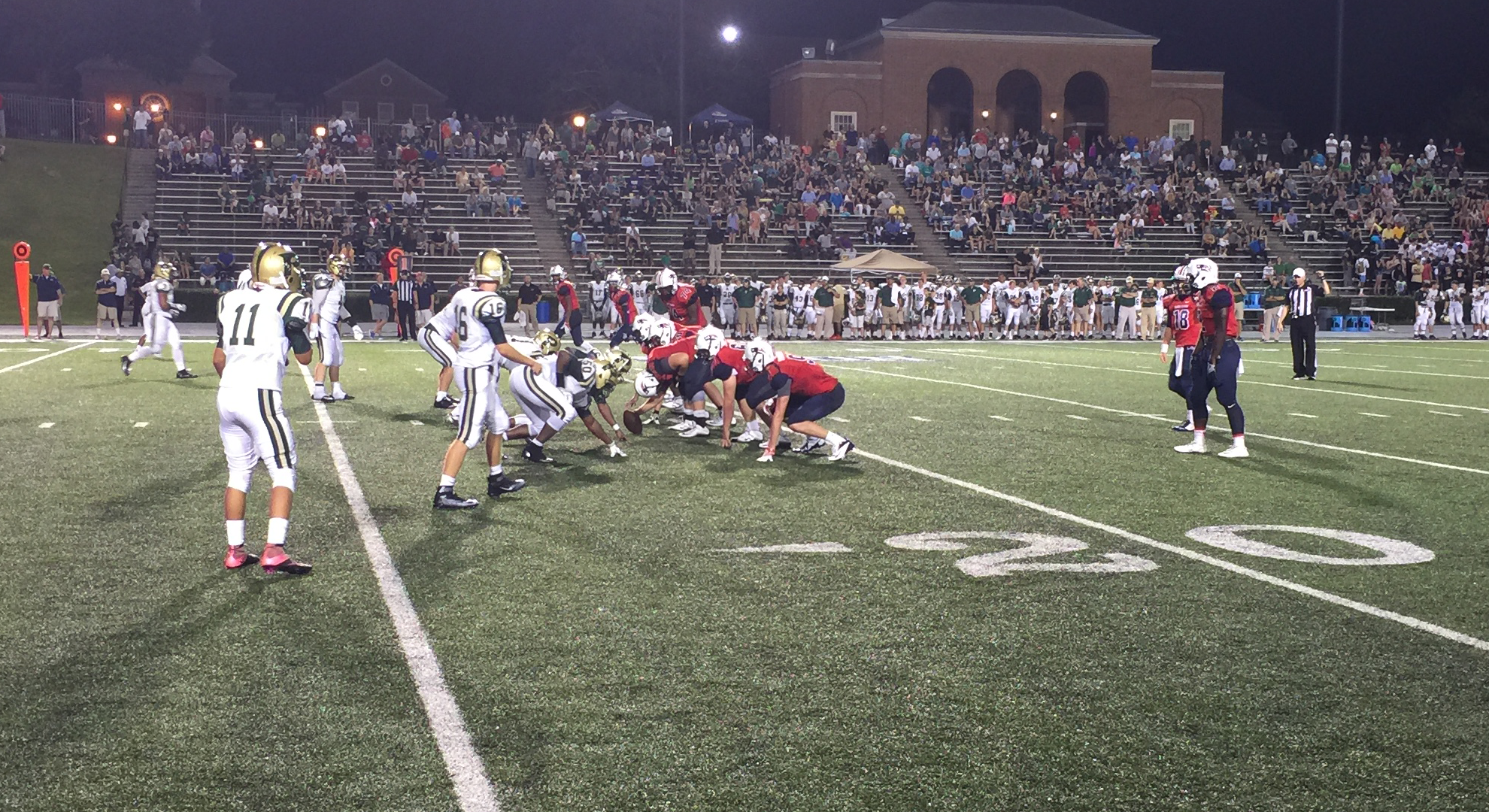 National Signing Day has come and gone and it’s time to start looking toward the 2017 football season and with it, the class of 2018.

As the next batch of talent starts to find their way in their individual recruiting journeys, I’ve seen so many coaches sharing words of wisdom to recruits, and most would be wise to listen. In the last 24 hours, these tweets have come across my timeline:

Just eliminated almost half my 2018 prospects due to grades. Don't let that be you. #StudentAthlete

This should be obvious. You can’t play without the right grades. This is from Stetson assistant coach Matt Diniak. Just in case you didn’t read it clearly the first time – he eliminated HALF of his prospects because of grade issues. Here’s the thing, don’t just do the bare minimum to get on the field either. If you do well in the classroom early on, that will give you a major head start once you reach those higher levels of education.

Players can say what they want, but they are called “student-athletes” for a reason. It doesn’t get any easier in college, I don’t care what school you go to.

There is also a very slim chance you will ever make a career out of football. Around 6.5% of high school football players play in the NCAA. About 1.6% of NCAA players play in the NFL. Those aren’t really great odds. Here’s the other thing, not only do you need that degree for when you most likely don’t make the NFL, but NFL teams will respect you that much more for having your degree.

Bottom line, do the classwork so that on signing day, you aren’t one of the ones that has to decommit from the school you originally wanted to go to because of grades. That’s not a good look for anyone, but especially the recruits.

Prospects it wld B smart 2 use ur name 4 your twitter. Nothing worse than liking your film & taking 10min 2 find u bc your name is Youngthug

This is another area that drives people nuts. Norval McKenzie is the running backs coach at Arkansas State, and played at Vanderbilt. One of the best ways to promote yourself these days is through social media. Another way to get promoted is for media members to find you on social media and share your stuff. It drives me insane when I want to find a player on Twitter to publicize something they have done, and I can’t figure out who is who because their Twitter accounts and names are not even remotely close to their real names.

Don’t underestimate what the media can do to help you out – but you have to help us out too.

Don’t use animal names, random words, inside jokes, or anything like that. If you really want to get noticed, you’ve got to use your real name. Working in media, I totally understand that it may be hard to get your actual account screen name in your legal name, but you can still put your real name in no matter what your Twitter handle is. In your bio, list your school, your position, and any other info someone might need.

That’s how you get found.

Makes me absolutely sick when one of my players ask me about paying thousands of dollars for a "Recruiting Service!" #Stop #Volchers

Some of the most bizarre things I see in recruiting are some of these sites that charge players to promote their info. There is one site in the state, and I won’t name names, that isn’t built very well and charges recruits to put their info out there, and in return it seems like most of them only get recruited to NAIA or small division NCAA schools. Rarely do I see players on some of these sites ever get recruited to a Division 1 school. Don’t go pay someone a ton of money to get you recruited.

I know that not all coaches push their players out there to get recruited, but with the wonders of social media these days, a recruit could do a lot on their own. I graduated a little over a decade ago, and that was still before Facebook, Twitter, Hudl, and many of the other tools out there. With what is available now, recruits should have infinite tools to promote themselves to college coaches.

I’m not saying it comes easy with no time spent. It takes time and the right amount of effort to really push yourself out there, but with some effort, recruits can handle themselves in this new digital age.

Like I mentioned above, don’t underestimate what the media can do for you. If you are making the plays on the field, you will get noticed, but you’ve got to make it fairly easy for us to notice you. With the growth in media coverage thanks to what we are doing at JoxPreps, what AL.com continues to do year-round, plus the support all the TV stations continue to give, the media can help you out, but you have to work at it.