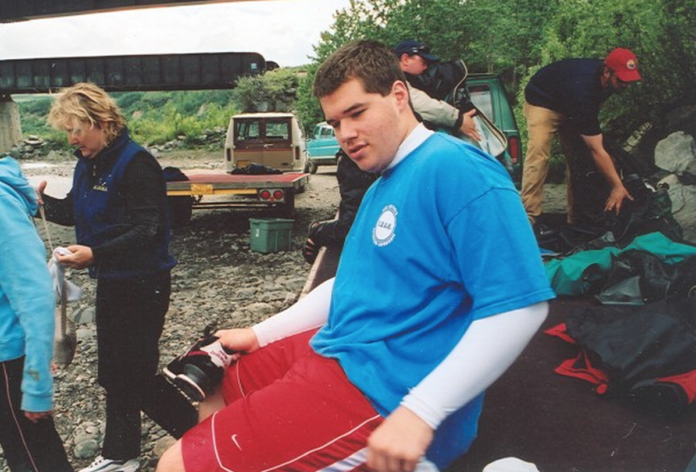 This time last year, when I turned 27, I wasn’t really sure what was going to happen in the next 365 days until I turned 28. I had left my job as a radio and digital producer and was testing the waters elsewhere.

And I had been wading in the water for almost seven months at that point in time.

Since then, I’ve gone through multiple jobs, and ended up where everything started about seven years ago.

I haven’t really kept to my pledge to put up a new post every day since it’s been two weeks since I did anything, but I’ve been making content elsewhere, whether it has my name on it or not. I’ve started producing a series of videos that you may have seen from the shows on Jox, or a number of other stations. For example – the Roundtable Unfiltered. So I’ll pretend that counts. I don’t really have time to do much else.

Hopefully I can make time once I get more used to my new, hectic schedule at work. I still have some ideas, but we’ll see if I can put them into action. Doing so much video editing on all the videos for our radio stations makes me partly sick of video editing, and part wanting to do more of it, but of my own videos.

When I turned 25, I put up a blog post about things I wanted to accomplish in the next 25 years into my life. Let’s see how I’m doing so far:

They’ve won one in 2012. Two more to go. I have faith this one will be accomplished.

I’m still working on this one. The ideas are there. Maybe not exactly how I imagined things three years ago, but at least something that is fun and creative, and that I can be more a part of when it comes to the creative process. It doesn’t even have to be traditionally focused. When I look at the skills and talents of people in my life who have many of the same ideas I do, it makes me really want to get all those people and talents together and do something great with them. It’s not that I want to do something independent of traditional media companies that exist now to be better than them, it’s just that I think I have a different take on things and as things are – those ideas will never flourish how I want them to.

I’ve written two half-books. One of these days I’ll finish them. One is about the “5 Rules of Life” my family has come up with. If you don’t know them, ask me or my parents one day. The other is about the tornado in Tuscaloosa on April 27, 2011. For those that don’t know, I was in school at Alabama at the time and lived in an apartment just off 15th street that narrowly missed being demolished. It’s a half fiction/half non-fiction book based around the events day.

4. I want to visit every NFL stadium.

Yeah, still working on this one too…

I keep telling my parents that one day I’m going to go on a sabbatical to Japan. For two weeks, I want to go to Japan by myself. No plans, no agenda. Just get a plane ticket and a hotel room and see what happens. Now I just need a job that allows me to do that. About that media empire…

7. Visit every continent (already been to China, so Japan doesn’t count toward this).

8. See an opera at the Sydney Opera House.

This will 100% be accomplished if I ever go to Australia, and I can kill two birds with one stone.

9. Visit the Hotel Danieli in Venice.

I was actually set to go to Italy this summer, but that ended up being cancelled. So instead, I’m going to Vegas. Not a terrible trade-off, but it doesn’t get me any closer to this one.

10. Attend a heavyweight title boxing match in Las Vegas. (and wear a big fancy coat with a top hat)

I missed my chance with Deontay Wilder. Maybe he will be king for a while and I can have another opportunity. I would even trade this out for any title match in either boxing or UFC. That’s kind of cheating, but any of them would be cool. Maybe there will be a fight when I’m in Vegas this summer.

If you’ve read this far, then I’m proud of you. Here are some fun events from my birthday:

1785 – The University of Georgia is founded, the first public university in the United States.

1888 – The National Geographic Society is founded in Washington, D.C.

1993 – American-born sumo wrestler Akebono Tarō becomes the first foreigner to be promoted to the sport’s highest rank of yokozuna.

Also, I share this birthday with Wolfgang Amadeus Mozart, which is probably why I’m so masterful on the piano. Also born on this day is Art Rooney, who founded the Pittsburgh Steelers, the most successful franchise ever. That explains why I’m so amazing at football. Also, William Randolph Hearst, which is why I’m such a great writer. Also, Rebeka Kim from South Korea which explains why I’m such a great ice dancer……wait…

All in all, today was just like any other day. I think your birthday should be a holiday from work no matter what. I’m not one for big celebrations and hoopla for any reason, so I didn’t even tell anyone it was my birthday today, yet somehow everyone found out. I blame Facebook. But my Facebook page sees more action today that it will see all year. I’m too busy posting on other Facebook pages – be it 97.3 The Zone, AL.com, or WJOX 94.5’s page – to post anything on my own.

So I’m one year closer. Closer to what, I don’t know. But maybe I’ll figure it out one day. For now, it’s back to video editing.