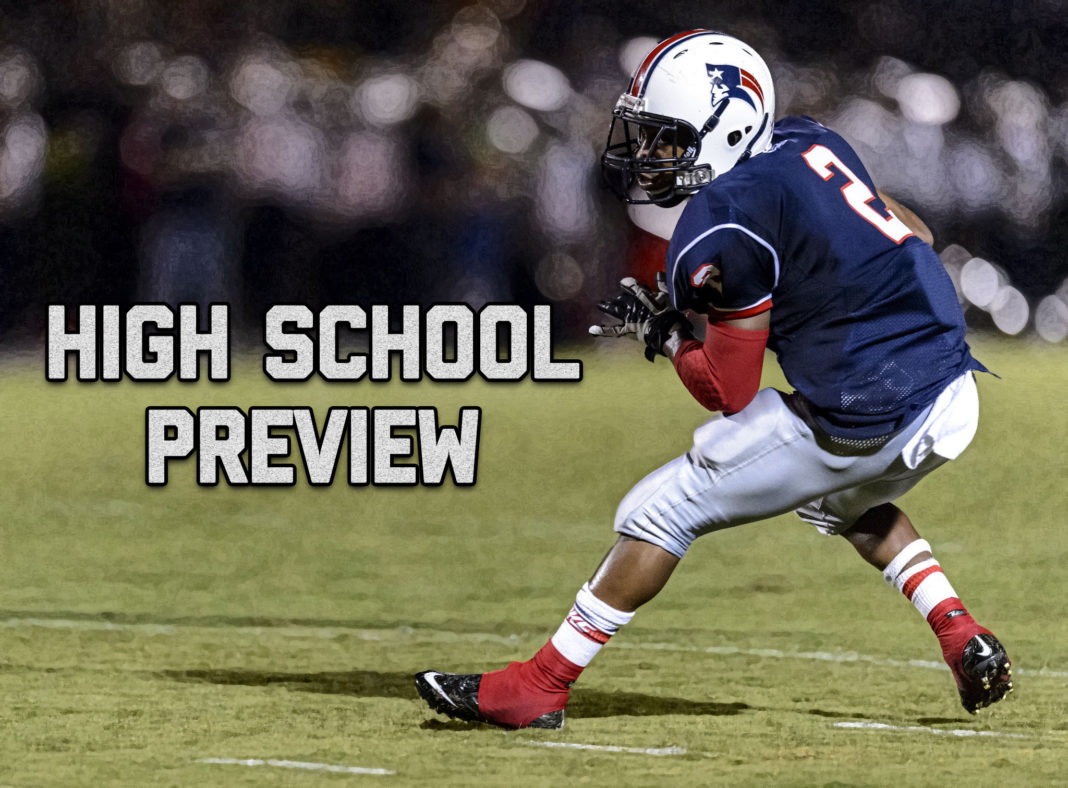 We’ve seen a nice preview of some teams, but this week, we get everyone playing “real” games as Week 1 has approached. College football starts this week, but we get to see our first glimpse of many teams in real action.

Last week saw my picks go 10-5, and the lines go 12-3. So I guess I should follow my own formula instead of my brain. I’ll probably miss more this week because of it.

Check out the Week 1 Friday morning preview on WJOX 94.5, and read below for more games.

Pinson won their first game last week in spectacular fashion 47-13. Nix was 25 of 35 for 290 yards and four touchdowns. He also rushed for another touchdown. The key in this game to me is whether or not Ramsay’s defense is up to the task of stopping Nix and that offense. Ramsay lost their dynamic play maker in Baniko Harley and Pinson Valley picked one up in Nix.

Last season, Ramsay defeated Pinson Valley 31-15, but this game has the potential to flip that score. Pinson begins region play against Minor and rival Clay-Chalkville next week, two games that if won, could put them in the drivers seat in 6A Region 6.

For Ramsay, they defeated Helena in a jamboree game last week, but this will be their first real action. They start off region play next week with Shades Valley and Hueytown both at home which could put them in a good position heading into a Birmingham city rivalry match-up with Parker before they head off to Grayson in Georgia.

Spain Park got a big win last week over 7A Region 4’s Gadsden City in a game that we could easily see again come playoff time. This week, they travel up north TO Muscle Shoals who started off 1-0 as well with a big win over Gardendale.

Both of these teams are looking to make some noise in their respective regions as many have them picked in the middle of the pack going into the playoffs. Last season Spain Park won this match-up 35-18 at home, but Muscle Shoals will look to use home field advantage in this one to help out.

Last week, Braxton Barker threw for 141 yards and a touchdown while adding 36 yards on the ground. D’Arie Johnson had 113 yards on 20 carries and two touchdowns along with Jalen Henderson who had 108 yards on 20 carries as well. The rushing attack for Spain Park will be tough to stop this year. Muscle Shoals is known for great defense though, holding opponents to two scores or less 7 times last season.

On offense for Muscle Shoals, Carlos Davis showed out last week rushing for over 300 yards on 21 carries with two touchdowns. Quarterback Terrell McDonald ran for 155 yards himself and three touchdowns, although only completing 3 of 6 passes. It could be a run heavy game for these two teams, however Gardendale quarterback Michael Crowder did throw for 302 yards in the first game against the defense, so Barker could be the key to a Spain Park win.

Homewood started off the season 1-0 with a late touchdown to beat Pelham at Samford last week. The Patriots scored with just 29 seconds left on the clock to win 29-22.

This week, they go up against rival Vestavia, the only team that Homewood has played every year of it’s existence. It’s been tough for Homewood lately in the series, losing the last 10 in a row after being up in the series 18-17 after the 2006 season.

Last season, Vestavia won at home 20-3, and this season Homewood looks to get back on top of this rivalry as the game heads to Waldrop Stadium. Vestavia opened with a jamboree last week against Briarwood, so this will be their first real action. They host Spain Park next week, so they need a good opening game this week. They go on a brutal run of Thompson, Mountain Brook and Hoover three weeks in a row, so they need to have a good start to region play. The way 7A Region 3 could possible work out, every non-region win will help too should they get into a tiebreaker with someone, so a win over rival Homewood will be huge.

For Homewood, they travel to Parker next week before hosting Jackson-Olin. Homewood let a win slip away last year in a 3-point loss to Parker and escape with a 13-12 win over Jackson-Olin. Being 2-0 would give Homewood a huge boost heading into region play.

Larkin Williams will look to improve on his performance against Pelham where he went 12/29 for 146 yards. He struggled early in the game going only 4/17 in the first half. Nick McCoy will have to find success running the ball and CD Daniels will have to be a huge presence on the field as well if the Patriots are to win this week. Homewood’s defense will also have to find an answer for Vestavia RB Jonathan Hess who is committed to Ole Miss.

Hewitt-Trussville dominated Pell City in the Champion’s Challenge, although it was a preseason game. They open for real this week against Callaway out of Mississippi. Hewitt is currently the only team in Alabama ranked in the USA Today Super 25 poll at #21. Callaway meanwhile is #40 in the state of Mississippi in the USA Today computer poll, going 1-1 so far this season.

Hewitt is looked at as one of the top teams in the state and nationally they obviously have a lot of buzz too. Paul Tyson helped lead an offense that put up over 500 yards of offense last week, throwing four touchdowns and only three incompletions, and Myles Mason, a transfer from Pleasant Grove, will be a big factor as well.

Hoover will face their second out of state opponent in a row as they welcome in Meridian out of Mississippi. Hoover fell to Grayson last week 35-26 to drop them from #9 to out of the USA Today Super 25 poll. The players to watch in this one includ Auburn WR commits Shedrick Jackson and George Pickens, along with Mike Maye on the offensive line. Meridian is 0-1 right now in Mississippi, but the USA Today state rankings have them at #15 overall.