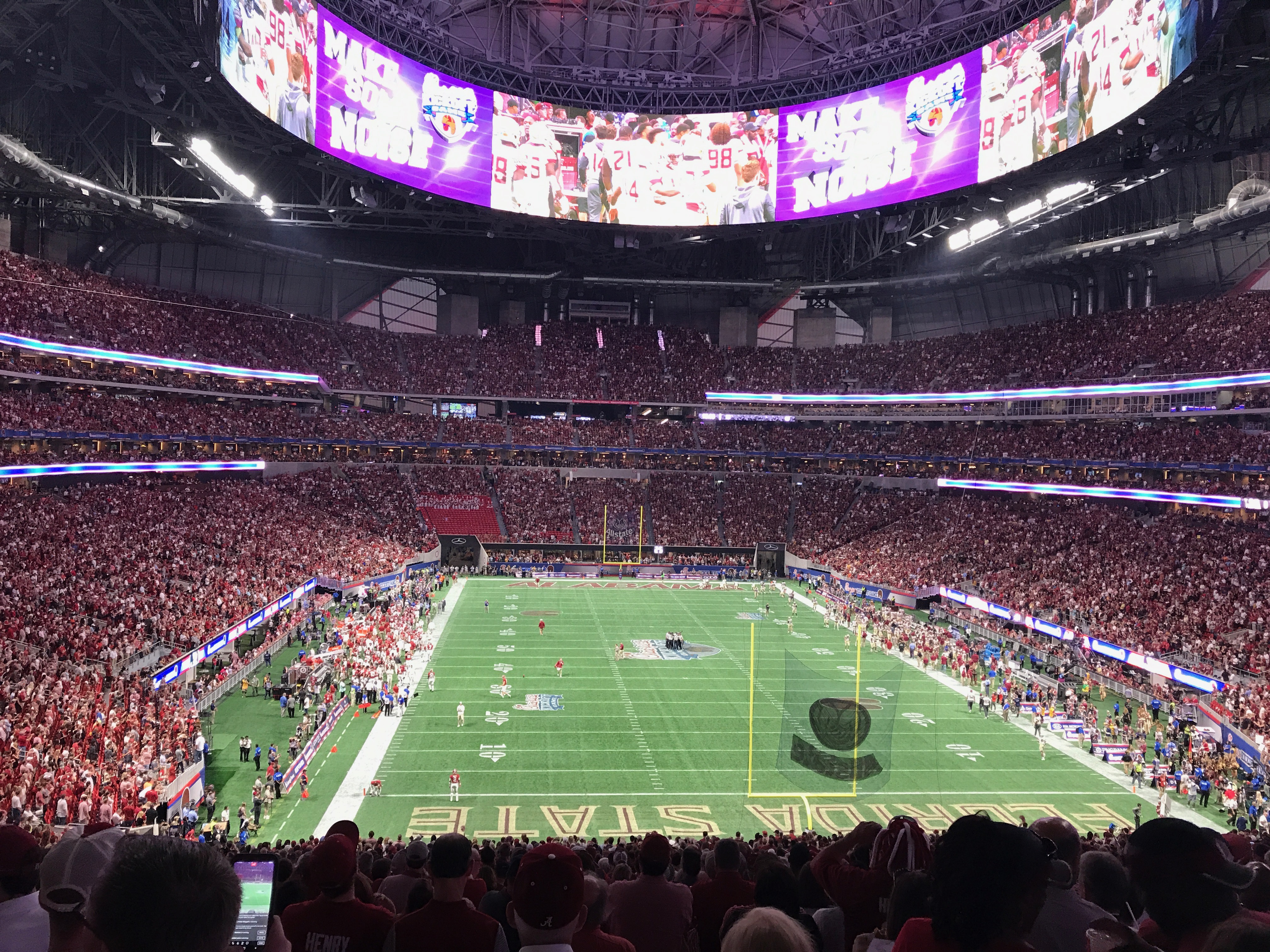 I am trying something new this week. On top of my picks, I figured I’d give my current ranking as it relates to teams within the FBS. I thought about just listing them 1-25 like any ordinary poll would do. But instead, I decided to do a tier list. If anyone that reads this follows gaming, you know that tier lists are what people look to when it comes to how strong a certain character in a game is. I figured the same could apply here.

This tier list is based on my opinion and results so far. For many top teams, we have seen them against another good team of some sort. The tiers also relate to how I feel teams will continue to play and how well they should finish the rest of the season. I will not include every team and the list will actually shrink as time goes on. These tiers are meant to mean something, but I don’t want to try and separate teams like Alabama, Oklahoma and Clemson – who in my opinion all have a claim to be #1 over the others. The teams listed below are in alphabetical order within a tier.

Many times an “S-Tier” is above an A-Tier because they are so superior that they belong on a different level than others. For me, this will be the teams that are currently so far above the rest and their schedule plays out well enough that they should compete for a playoff spot barring upset. Those teams so far are:

Of course, I have my weekly picks as well listed below. So far, I’m 12-7-1 this season. I split the big games last week when it came to over/under and against the spread. We’ll see how this week goes as many big inter-conference games go away and we transition to conference play.

Lamar Jackson is playing great, there is no doubt, but Louisville isn’t winning by near as much as it would seem when you see Lamar Jackson’s numbers. I fell for Louisville in this match-up last year, but that was against Deshaun Watson. We’ll see what happens.

EDIT – I swerved on Primetime Friday night and chose Louisville after picking Clemson all week. Probably a mistake, but we’ll see.

Result: Loss. I should have stuck with Clemson like I had originally. They are currently the best team in the country in my mind.

I feel like this dropped drastically because of not coming close to covering last week. I think that changes this week and Alabama wins by over 30.

Result: Loss. I said the game would be identical to last week and they had it at 41-10 in the 4th quarter (last week’s score), but then let Colorado State drive for two garbage time touchdowns. Bad finish on the line.

I picked Mississippi State to win outright this week, but I’m sticking to the Bulldogs +7 when it comes to betting. Nick Fitzgerald is really good, and I think that ends up being the factor that helps MSU win.

Result: Win! I can at least feel good about this. As I said in the video, Mississippi State would win outright because of much better QB play. They didn’t just win, they dominated. So I can take comfort in that.

I like Vandy in this match-up. They are looking good so far this season and that defense is typically pretty good. Plus, Kyle Shurmur and Ralph Webb are back and playing well to start the season.

Result: Win! I said I liked Vandy in the match-up and they didn’t let me down, winning 14-7.

I think Fresno will be a good team when they play teams similar to their talent. They showed moments against Alabama last week, so I’m thinking they can keep it within a few scores this week against Washington. Let’s not forget that this Washington team struggled against Rutgers.

I know Memphis is hosting this game and they aren’t too shabby themselves, but UCLA has to win this by more than 3, right?

Result: Loss. UCLA has zero defense and Memphis ended up holding on and winning a close offensive shootout 48-45. I know the game was at Memphis, but that is still embarrassing for UCLA.

I really like Oklahoma State this year, and I think they have a shot to make the playoff if they can at least make the Big 12 title game and perhaps beat Oklahoma there (even if OU wins the first game). Last year’s game was 83 points total. I think that as long as one team hits 45, this should be able to hit.

Result: Win/Win! Oklahoma State is a playoff team for me, and has been since before the season, and I am sticking with it. Their offense is unreal. Dominated Pitt and almost hit the over themselves.

I’m big on South Carolina this year. They went to Missouri and won big and beat NC State in a neutral site game to start off. I think they can beat Kentucky by more than a touchdown.

Result: Loss. I’m shocked by this. Nothing against Kentucky, but South Carolina should have won this by at least a touchdown at home. The SEC East got a little more interesting with Vandy winning tonight over a top 25 team, Kentucky beating South Carolina, and Florida’s crazy Hail Mary.

If there is one team that is notorious for hitting the under, it’s Boston College. They have a good defense and I’m not sold Notre Dame will be that great this year. They played Georgia last week and the total was 39. Brian Kelly is close to being pushed out the door and Boston College would love to stop them from scoring any points. So I’m taking the under…again with BC.

Result: Loss. Notre Dame did much better than I thought they would.